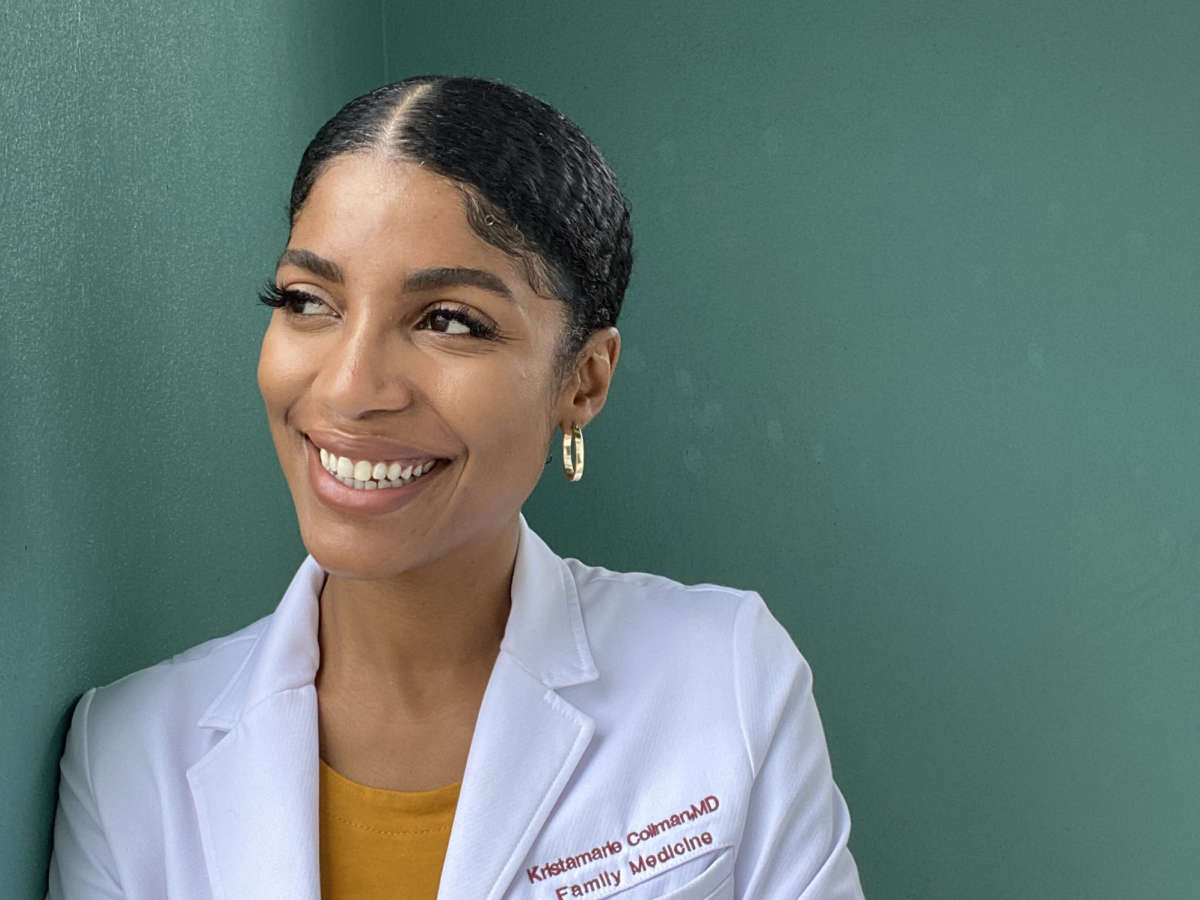 Dr. Kristamarie Collman, a family physician in Orlando, has been dispelling vaccine myths through social media. She's among a growing cohort of Black doctors trying to reach vaccine-hesitant members of their communities.

Black Americans have been catching the coronavirus, getting severely ill and dying from it, at a rate higher than other racial and ethnic groups in the U.S. Black Americans are also less likely to want to get the COVID-19 vaccine, according to polls. A survey from the Kaiser Family Foundation last month found that around 35% of Black adults are not planning to get COVID-19 vaccines.

So how can medical and public health leaders work to overcome this hesitancy? To start with, acknowledge the historical reasons for black mistrust of medicine, say researchers and Black physicians working to reach their own communities.

“In the Black community, there is skepticism that relates to historical experiences, and mistrust based on the discrimination that Black Americans face in the health care system and in the rest of society. It’s really well-founded,” says Dr. Lisa Cooper, director of the Johns Hopkins Center for Health Equity, and a former MacArthur “genius” fellow for her work in health disparities.

To address this hesitance, experts say medical authorities should listen to people’s concerns and connect communities with accurate and accessible information. The key, says Cooper, “is for them to feel a sense of empowerment and control over their own health and their own decisions.”

Among those working to reach Black communities with vaccine information are a growing contingent of Black doctors finding creative ways to encourage vaccine acceptance.

Dr. Robert Drummond, an urgent care physician in Los Angeles,posts videos on Youtube and Instagram explaining COVID-19 science to the public. He says acknowledging racism in the health care system is one key step to reaching Black communities, because the mistrust has deep roots.

Validating the real, history- and experience-based reasons why people may be hesitant establishes common ground. “You can’t treat if you can’t empathize,” says Drummond.

That history goes back to the history of medical experimentation on slaves. It goes back to the mid-1900’s, when Black men in Tuskegee, Alabama were deliberately not treated for syphilis so researchers could observe disease progression; and when Henrietta Lacks’ cancer cells were harvested for research without her knowledge, Drummond says.

And while the medical system has reformed in response to these exploitations, establishing independent review boards to scrutinize study designs for safety and ethics, and requiring documented consent from patients participating in biomedical research, Drummond says it’s also true that racism is still baked into the medical system.

A 2016 study showed that many white medical students still wrongly believed that African Americans have a higher tolerance for pain, “Everything from — they thought we had thicker skin, to we have a heightened pain threshold so we don’t need as much medication,” he said in a recent Instagram Live with TV actor Dondre Whitfield: “This is not from the 1960’s. This is from the late 2000’s — right now.”

It’s also key to combat rumors and information that are not fact-based. “I’ve heard people stating some very cringe-worthy things,” says Dr. Kristamarie Collman, a family physician in Orlando, “Misinformation like how this vaccine will give you COVID, how it will change your DNA. We know these statements are false, but unfortunately in this day and age, false information spreads quicker than factual data.”

Collman has been dispelling vaccine myths through social media — a recent short video she made for Tik Tok, in which she drops facts over a trending music clip, has been viewed more than half a million times.

A recent study published in the Annals of Internal Medicine looked at public health messages geared at communities of color. It showed that Black Americans are more receptive to information if it comes from Black doctors like Collman.

But only 5% of physicians in the U.S. are Black. There’s a need for other trusted leaders in Black communities to amplify myth-busting messages, says Marc Morial, president of the National Urban League.

“I’m not going to encourage people to take medical advice from me or from Oprah or from Jay-Z or from Lebron,” said Morial, at a virtual town hall meeting January 7 from the Black Coalition Against COVID-19. “But all prominent people can be amplifiers or messages that have been advanced by [Black medical professionals] … who we can trust would not say it was safe and effective if it was not.”

And since the main source of personal health care advice is often primary care doctors and nurses, Cooper says that the medical community needs to work to instill trust and communication in patient-doctor relationships too.

“Even before COVID-19 came up, we saw that minorities oftentimes had shorter visits with their doctors. They got interrupted more. They didn’t participate as much in the conversation,” Cooper says.

To help address this, she’s helped train doctors to take a more participatory style in seeing minority patients, and helped empower patients — with information and support from community health workers — to speak up in their appointments.

For Dr. Kida Thompson, a Black primary care physician in El Paso, Texas, building trust with patients starts with being honest about her own concerns. She was worried about the speed at which the vaccine had been developed, and the possible side effects.

“Fast and free — that just doesn’t equate,” she says. In late December, after reviewing data showing that the vaccines were highly protective with minimal side effects, she decided to get the COVID-19 vaccine rather than prolong the risk of catching the virus.

She got her first dose of the Moderna vaccine on December 28. “I thought I should be an example [to my patients],” she says — though her patients are now asking her not if, but when they will get the vaccine.