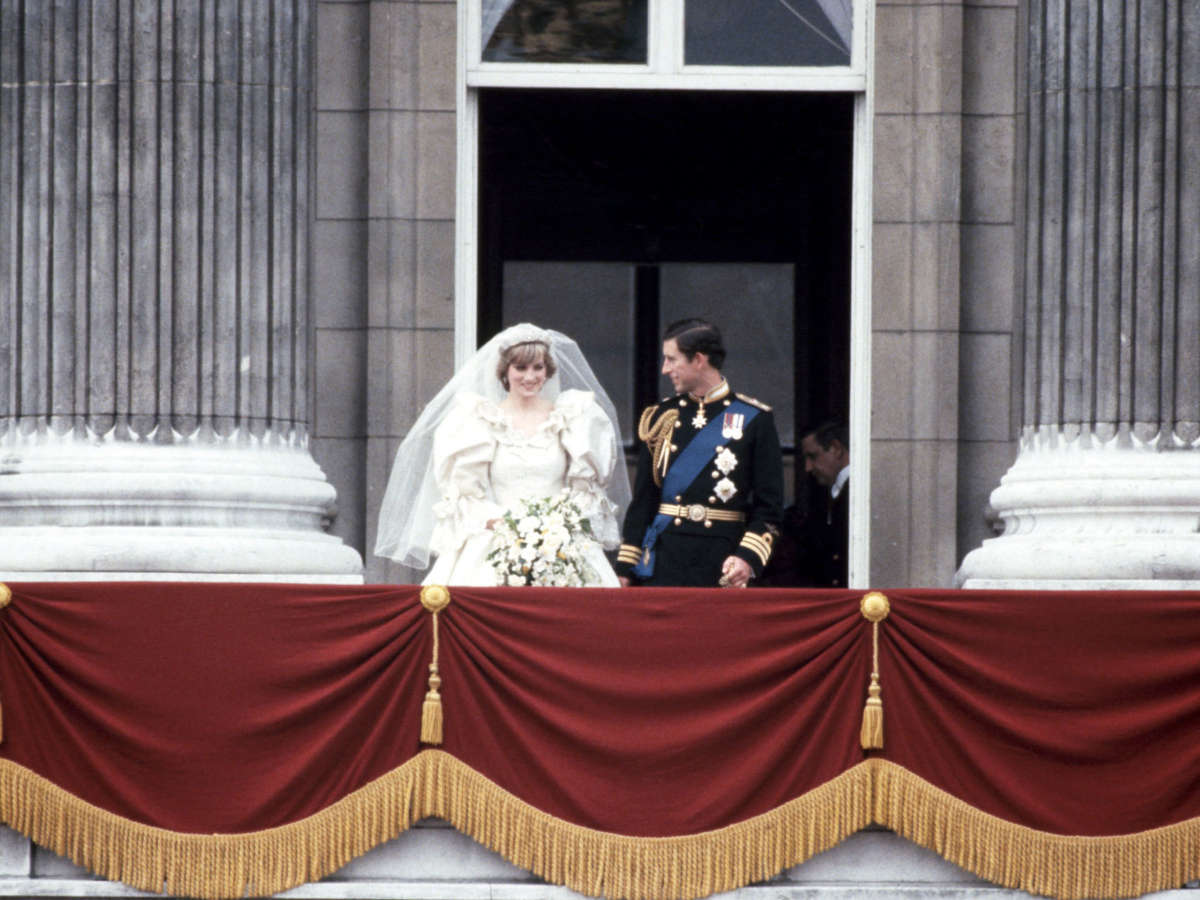 Diana Princess of Wales and Prince Charles were married in London, England on July 29, 1981. A piece of one of their official wedding cakes is expected to fetch hundreds of dollars at auction.
Image credit: Boris Spremo

Looking to spend money on a single piece of 40-year-old cake from someone else’s wedding?

Well, what if that wedding was the royal nuptials of Prince Charles and Lady Diana Spencer?

You’re in luck! A sliver of history is up for grabs courtesy of Dominic Winter Auctioneers.

The large slice of cake icing and marzipan base is from one of the whopping 23 official cakes made for the iconic July 1981 wedding.

And it certainly looks the part, with a “sugared onlay” of the Royal Coat-of-Arms in gold, red, blue and silver on top of a white icing base. There’s also a silver horseshoe and and decorative borders along the top and bottom.

The slice likely came from the side of a cake or the top of a single-tier cake, according to the U.K. auction house, and was probably sent to Clarence House for the consumption of the Queen Mother’s staff.

It ended up in the possession of Moyra Smith, an employee of the Queen Mother, and was originally sold to the auction house in 2008 on behalf of Smith’s family. It’s been sitting in a plastic-wrapped cake tin ever since.

“It appears to be in exactly the same good condition as when originally sold, but we advise against eating it,” the website reads.

Unfortunately, the royal letter and bottle of commemorative beer that accompanied the lot are not included. But it does come with printed programs for the St. Paul’s Cathedral ceremony, as well as a program for a Royal Wedding Breakfast at Buckingham Palace.