You Can Get Your DNA Tested At An NFL Game. Should You? 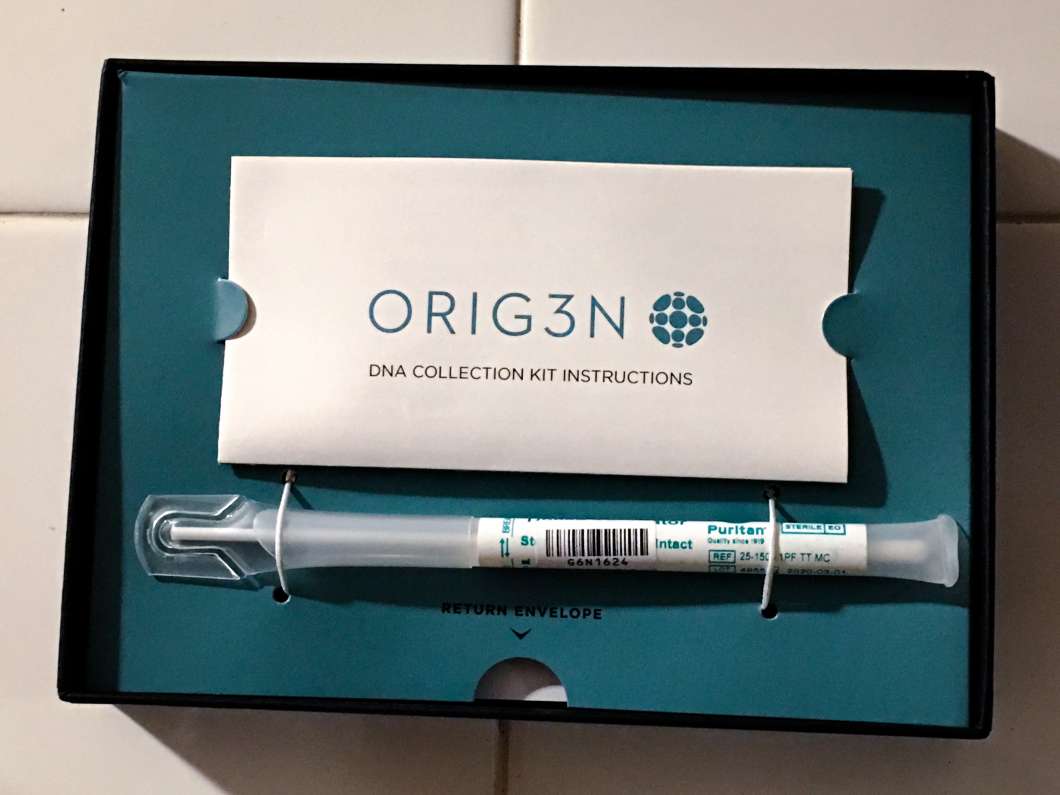 Depending on whom you ask, finding out whether your genes make you a better athlete or give you healthier skin may be as easy as swabbing your cheeks for a DNA test on your way into a football game. But others say these “wellness” tests marketed directly to consumers are modern snake oil — worthless, or even misleading.

On Monday, the Food and Drug Administration gave a boost to direct-to-consumer genetic testing, when it announced plans to streamline its approval process.

“These tests can prompt consumers to be more engaged in pursuing the benefits of healthy lifestyle choices and more aware of their health risks,” said FDA Commissioner Scott Gottlieb in a statement. However, he continued, “They’re not without their own risks — especially if they provide consumers with incorrect or misleading information that may be used to make health choices without considering the advice of a medical professional.”

The FDA intends to let sellers of direct-to-consumer DNA test kits seek a one-time FDA review, which would allow subsequent tests to be sold without going first to the FDA for approval. Under present rules, each new health test must be submitted and reviewed. FDA’s jurisdiction applies to tests used to assess or diagnose health.

But a company in Boston is finding out that mass marketing of DNA tests attracts not just customers and fans, but skeptics and regulators. Orig3n, which sells genetic test kits with catchy names like “Fitcode,” “Fuel,” and “Bliss” at festivals and sporting events, now finds itself under scrutiny by state and federal officials.

“The California Department of Public Health is investigating the nature and distribution of these test kits by Orig3n at Levi’s Stadium in Santa Clara,” a department representative said in an email.

At every 49ers home game during the current season, the company has a booth where it offers free introductory DNA test kits to the 68,000 fans entering the stadium. Fans can also purchase other tests at prices ranging from $29 to $149 each. It has a similar relationship with the Baltimore Ravens, but a plan to give test kits to every fan entering a September game was called off after Maryland regulators had some questions.

“I want people to learn more about themselves, and what they choose to do with that information is really up to them,” says Orig3n co-founder and chief operating officer Kate Blanchard. “But some of the information can really impact the way they live their life.”

That is precisely the problem, and it’s why state and federal regulators have said that “information” tests like Origi3n’s should be regulated as medical tests, because they’re assessing a person’s health. It’s a complex question, as FDA’s Gottlieb notes. “Consider the consequences of a person who is told they’re not at risk for coronary heart disease and incorrectly opts to forgo dietary changes or drugs that reduce their risk of heart attack and death,” he says.

As much as genetic science has advanced, scientists do not fully understand how the more than 50 million known genetic variations interact with each other or with lifestyle and other factors to affect someone’s health, wellness or behavior. Very few genes are as closely associated with a specific outcome as the breast cancer genes BRCA1 and BRCA2, and even a positive test for these cancer-associated genes is insufficient for doctors to advise patients to have surgery or other major treatments.

In other words, you can get a test that tells you what variations you have, but that test alone cannot predict your future or dictate specific health or lifestyle decisions. Skeptics worry that people will read too much into genetic test results, especially if they are done without the help of a medical professional.

Blanchard says she stepped up her personal training regimen after her DNA test indicated that she might perform well in endurance sports. She says it was a change she might not have made without this information.

Distributing DNA tests to tens of thousands of people at NFL football games “is not good clinical practice,” says Peter Pitts, president of the advocacy group Center for Medicine in the Public Interest. Unlike tests done in clinical laboratories, like tests for diabetes or cholesterol, there is less control over the quality of the test process, so the resulting data may be “highly questionable,” says Pitts, who is a former associate commissioner of the Food and Drug Administration.

Now you can get a nutrition plan and ready-to-eat meals based on “your body’s unique make-up” from Campbell’s Soup-funded Habit. Ancestry sells a test that “tells a more complete story of you,” and Helix promotes more than a dozen of its partners who sell genetic tests ranging from National Geographic (your ancestor’s migration paths) to companies that offer targeted fitness routines based on the DNA results, and several health companies. There is even a wine club with wines “scientifically selected based on your DNA.”

“We don’t begrudge the excitement and the desire to help people based on genetics,” says Shirley Wu, director of product science for 23andMe, a direct-to-consumer genetic testing company that started in 2006. However, she questions companies that may be overpromising on what the tests can tell you. The science behind some consumer-oriented tests is lacking, says Wu. “We are still at the beginning of our understanding.”

The FDA halted 23andMe’s sales of medical-risk tests in 2013, saying that it couldn’t prove those tests were accurate. In April, 23andMe obtained federal clearance to resume selling direct-to-consumer DNA tests for certain health risks. Now, consumers can get reports on their ancestry as well as genes associated with sleep quality, lactose sensitivity, weight and other wellness factors and risks for several dozen inherited conditions for about $200.

And companies can offer very different information on the same finding. That’s evident in two reports on the CC variant of the ACTN3 gene:

“For the most part, data on personal genomic testing have revealed little or no harms but also little or no health benefits,” writes Dr. Muin Khoury, director of the Office of Public Health Genomics at the Centers for Disease Control and Prevention in a recent article. “Also, evidence on the ability of genetic information to change health behavior has been lacking.”

Blanchard says that Orig3n got the idea for its fitness DNA test after it solicited blood samples for research at marathons and other sporting events. “People started asking, ‘What can you tell me about me?’ ” she says.

The business model for 23andMe, Helix, and some of the other direct-to-consumer DNA testing firm doesn’t rely solely on sales of test kits. They want to aggregate massive amounts of human genetic data that can be mined for research and commercial uses. Consumers are asked to “opt-in” to this when getting tested — and most do, according to 23andMe.

Orig3n is an exception: It says it would contact people separately if it ever wanted to use the DNA for anything other than the person’s own tests. But those test kits attract people to give blood samples for Orig3n’s stem cell research. Its business banks on amassing tens of thousands of human blood samples so that it can create many stem cell lines.

Orig3n has sponsorship arrangements with the Baltimore Ravens and the San Francisco 49ers football teams. Fans at home games can get a free test that reports on three genes — ACTN3 for muscle force, FOXP2 for language-learning ability and AGER for skin aging. For $149, Orig3n reports back on 27 genes related to strength, metabolism, endurance and power. The company’s other tests are to provide information about genes associated with skin, child development, and how you think, feel and react.

Orig3n says its tests are “not diagnostic” and “for informational purposes only.” The federal agency that oversees medical labs disagrees. That distinction is critical because it is the boundary between regulated medical services and ones that avoid that level of scrutiny.

After reviewing Orig3n’s materials, the Centers for Medicare and Medicaid Services told the company on Oct. 30 that it must follow the rules for medical laboratories because its services include “genetic testing for the assessment of health.”

The decision was based on 18 of the 140 genes included in Orig3n’s tests, according to a letter from CMS to Orig3n.

Orig3n’s Blanchard says the company will continue selling its tests without those 18 genes until Orig3n receives approval from regulators to resume. In addition to CMS, Orig3n must satisfy state regulators in Massachusetts, Maryland and California – or any other states where it operates. “Going forward, we will continue to work with CMS, California, Massachusetts and the other states to ensure that we are meeting all federal and state regulatory requirements regarding our products,” Blanchard said in an email.

That may not be enough to satisfy all the critics. Says Pitts: “Giving out DNA kits at a football game screams out for regulation.”

Doug Levy is a freelance writer based in Sausalito, Calif.