You can get a $7,500 tax credit to buy an electric car, but it’s really complicated 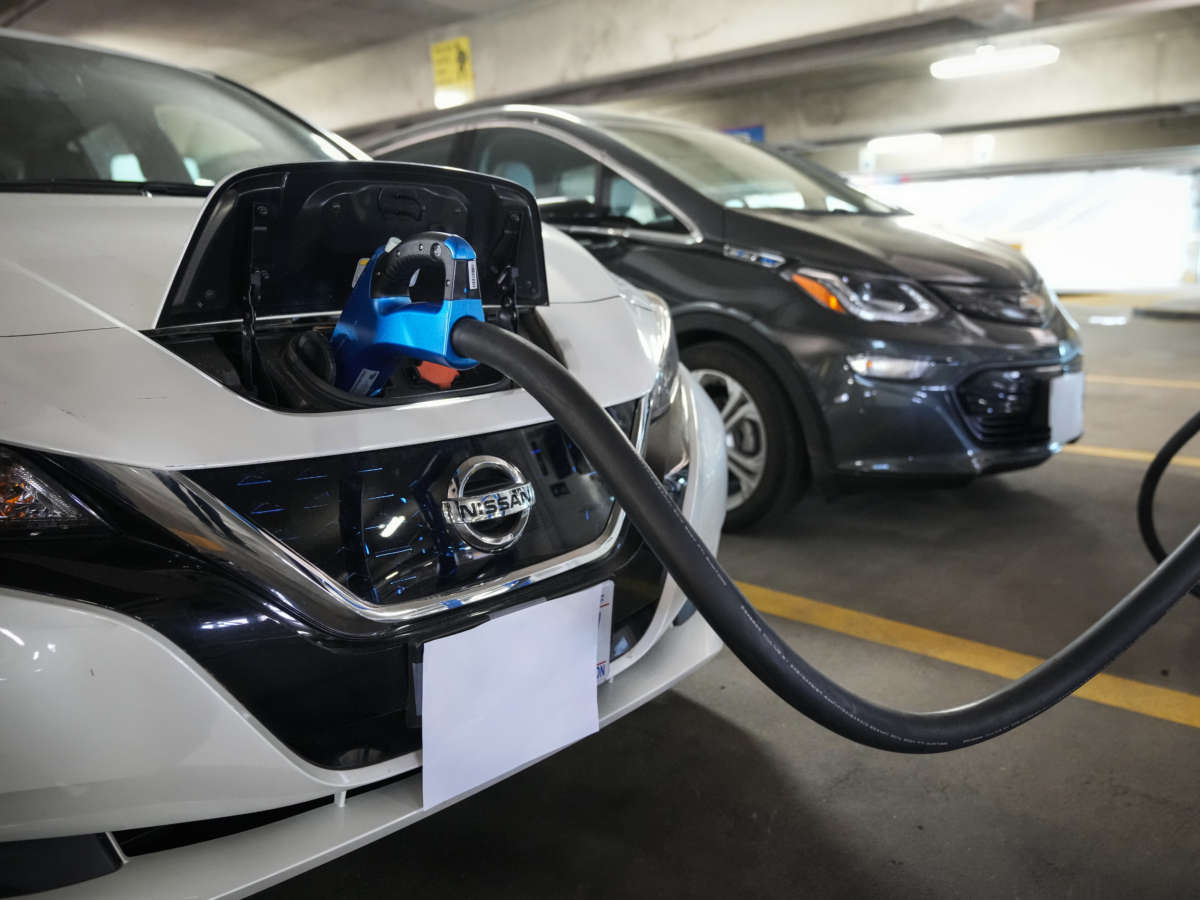 The big climate and health care bill signed into law by President Biden has what at first sight looks like a big incentive for those shopping for a car: a revamped $7,500 tax credit if you buy a new electric vehicle, or $4,000 if you get a used one.

Although tax credits for electric cars have been offered before, the new bill revamps those incentives. But there are so many caveats — on everything from the buyers’ income level to which models can qualify — that many electric cars may actually not be eligible for the tax credit.

Nonetheless, the caveats are there for two key reasons: to eventually make electric cars more affordable for more Americans and to bring more of the production across the supply chain to the U.S.

If the bill succeeds in accomplishing those two goals, experts believe the law could catapult the electric vehicle market into the mainstream in ways the country hasn’t seen before.

Here’s what to know about the tax credits.

So, who qualifies for the revamped tax credits?

This income cap requirement is meant to help less affluent people afford electric cars — and incentivize automakers to expand their customer base.

The high cost of electric cars has long been seen as a major impediment to the adoption of these vehicles. Currently the average price of an electric vehicle is $66,000.

What about the requirements for the electric vehicles?

There are some major requirements, both on how the car — and its battery — is produced and the overall price of the vehicle.

To start with, to get the full tax credit, the car has to be assembled in North America. This provision of the law went into effect when President Biden signed the legislation into law last week. There are more than two dozen vehicles that meet this requirement, according to the U.S. Department of Energy, but dozens more have already been disqualified from the tax credit with this requirement alone.

The price caps for used electric vehicles is $25,000, but the cars won’t have to comply with the made-in-America requirements.

Are there requirements for the batteries as well?

Yes, and that’s important because batteries are the most important part of any electric car

A certain percentage of minerals in the EV battery must come from North America or a country that has a free trade agreement with the U.S.

Much of the battery components must also be manufactured or assembled in North America.

“That’s going to be a huge burden and hurdle to overcome,” says Carla Bailo, CEO of the Center for Automotive Research. “We don’t have the mining, we don’t have the critical minerals that are needed in North America or from our free trade partners, and almost 90% of the refining is done in China.”

Currently, no electric vehicle on the market will qualify for the full tax credit when battery requirements take effect in 2023, according to the Alliance for Automotive Innovation.

Is it possible qualify for a partial tax credit?

A buyer could get a partial credit of $3,750 if 40% of the critical minerals in EV batteries are sourced from countries with which the U.S. has a free trade agreement.

The other $3,750 is linked to battery components. Starting in 2023, 50% of components will have to be manufactured or assembled in North America.

Which automakers win and lose under this law?

Based on what’s currently available on the market, higher-end electric car companies like Rivian stand to lose customers who qualify for the tax credit based on the cost of their vehicles.

Companies like Tesla or General Motors that have been producing cars in the U.S. and have already shifted their supply chains are better poised to meet the many requirements.

“They’re probably at the forefront of this technology right now with some vehicles on the market and many more on the way,” says Jessica Caldwell, executive director of insights at Edmunds.

“For the Asian and European automakers who have some limited production in North America, that’s where we might see some more weighing of the scales in terms of, ‘Is it worthwhile for us to shift production of vehicles or sourcing of materials to qualify for this, or do we just walk away?,’ ” says Michael Fiske, associated director of Powertrain and Compliance for S&P Global Mobility.

New Tesla cars sit on a parking lot at a Tesla showroom in Corte Madera, Calif., on June 27. Companies like Tesla or General Motors that have been producing cars in the U.S. and have already shifted their supply chains are better placed to meet the requirements of the revamped tax credit for electric car purchases.
Justin Sullivan/Getty Images

Don’t these caveats make it hard to get the tax credit?

It will be difficult, if not impossible, for buyers to qualify for the full $7,500 tax credit as automakers rethink their operations to meet the various requirements.

But this is a long-term play by the Biden administration. By incentivizing automakers to cater to a less affluent crowd and by pushing automakers to bring their supply chains to the U.S., the administration believes it can make EVs more mainstream and accelerate toward an ambitious goal: to have half of all new car sales be for electric models by 2030, up from only 3% today.

Another motivating factor is China.

China controls about three-quarters of the market for the minerals that are essential for batteries and the Biden administration has been worried about continued access to those minerals. By bolstering domestic supply chains, the administration intends to reduce China’s ability to roil the electric vehicle market.

“This is about protecting American national security” says Fiske. ” We’ve seen a lot of the challenges that have come from being reliant on the Middle East for oil for the last half century or more. Now, I think there are valid concerns about becoming overly reliant on Asian countries for processing and manufacturing of batteries and battery-related materials for the next decade or 50 years.”