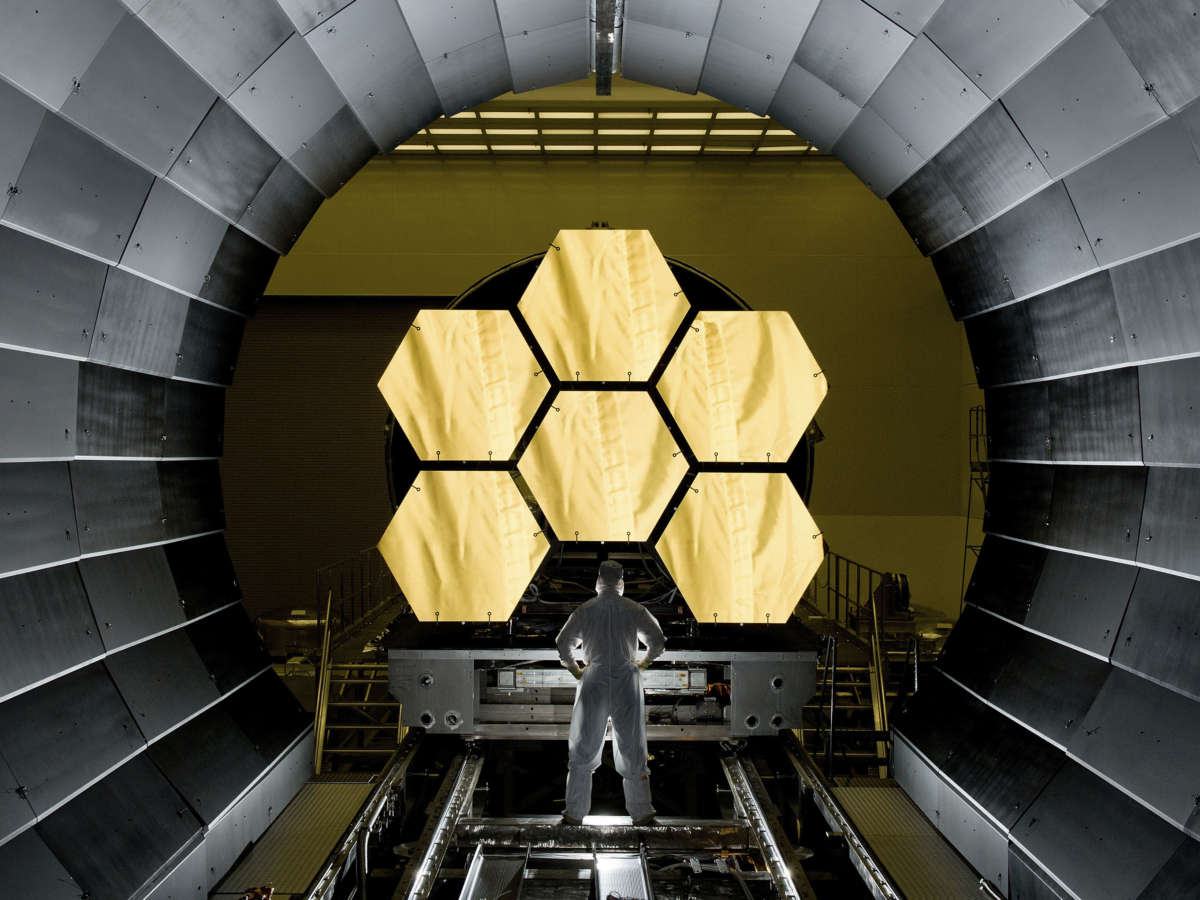 NASA’s James Webb telescope has been wowing astronomers lately with stunning photos of some of the first stars in the universe — photos that capture light from more than 13 billion years ago.

But while the JWST flies through space, it’s done more for us here on Earth than show images of distant galaxies. The technology developed to build the JWST has also helped improve the vision of millions of eye surgery patients.

It’s one of the latest examples in a long history of NASA inventions making an impact on everyday life.

Daniel Lockney, NASA’s Technology Transfer Program executive, is in charge of the program that facilitates the agency’s technology spinoffs.

“Every time NASA gets asked to do a new mission, we have to come up with new technologies and new inventions in order to get it done,” Lockney said. “And it’s my job to make sure that those inventions come back down to Earth in the form of practical terrestrial benefits.”

While building the JWST, NASA contractors developed a tool to measure the “microscopic imperfections” on its mirrors, Lockney said. That same technology has allowed eye surgeons to take precise measurements of patients’ eyes before they undergo LASIK surgery.

Beyond eye surgery, there are many other things in our lives that NASA has its fingerprints on.

There are so many spinoff technologies that there is a whole website and annual publication dedicated to them.

Early in the coronavirus pandemic in 2020, NASA’s Jet Propulsion Laboratory even developed a ventilator using components outside of the typical medical device supply chain, allowing it to be manufactured despite supply chain pressures.

The goals of NASA’s Technology Transfer Program are written into the agency’s founding legislation, but it’s not the only federal agency whose inventions make it to everyday life.

“I’ve got thousands of examples of the technologies and advancements that were made because of the nation’s investment in aerospace,” Lockney said. “The federal government does a lot of R&D. We develop a lot of new technologies, and we’re able to do things that don’t have a profit motive. You know … go into space or do some of the work, for example, that the NIH does into cancer research.”

So while some of NASA’s most famous achievements might be out in space, you don’t have to look that far to find the results of the agency’s work.