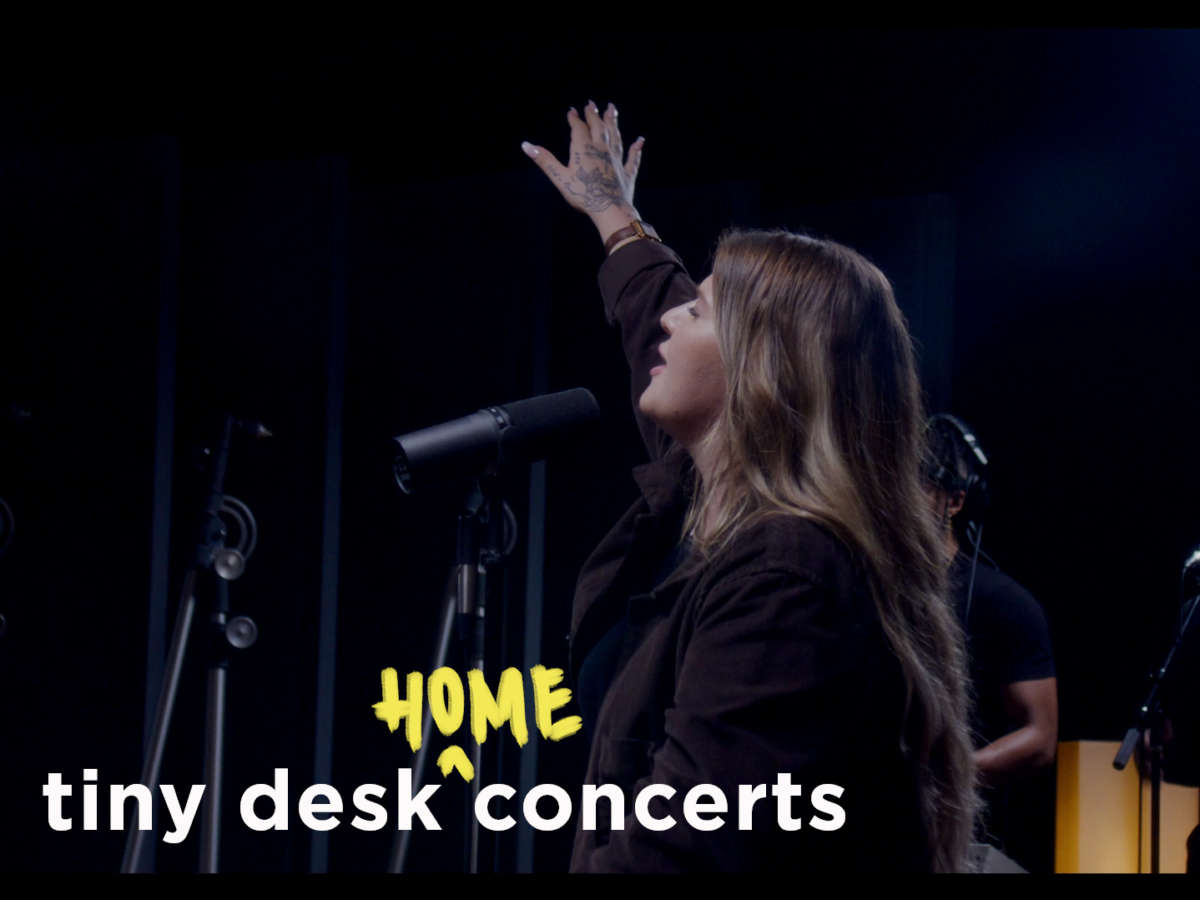 As the camera slowly rises to the room, we see Yebba in the center of a circle, complete with band members, background singers and a string quartet. The room is part of Electric Lady Studios, where her debut album, Dawn, was recorded. The album bears the name of Yebba’s mother, whom she tragically lost in 2016, and its songs find the Memphis native delving inward to process it all.

The singer is a bit of a live wire, rarely giving the same performance twice, and that’s on display during most of this Tiny Desk (home) concert. The songs differ slightly or not so little compared to the studio sessions from Dawn, especially on the swelling interpretation of the lead single, “Distance.” In between each song, Yebba shares unfocused and playful banter that just feels like she’s family, and that feeling persists throughout this entire set, right down to the eye contact she shares with keyboardist and co-writer James Francies when speaking candidly about the final song, “How Many Years.”

This Tiny Desk concert has been in the works since the spring of 2020, when the album was completed but shelved until Yebba (and the rest of the world) was in a better place. It was worth the wait.