Xi’an reacts to COVID lockdowns with outrage and humor 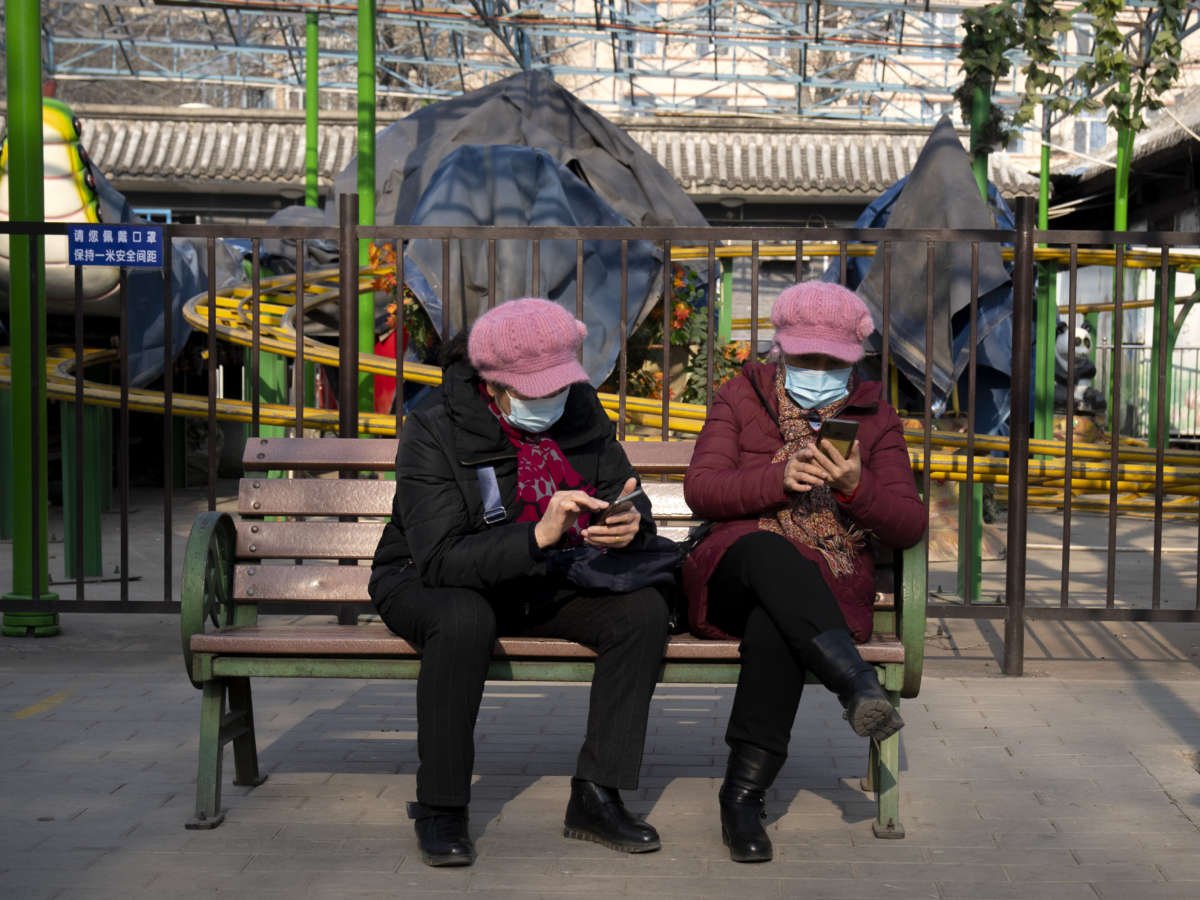 Women wearing face masks to protect against COVID-19 look at their smartphones at a public park in Beijing Wednesday. China is reporting a major drop in local COVID-19 infections in the northern city of Xi'an, which has been under a tight lockdown for the past two weeks.
Image credit: Mark Schiefelbein

Chinese citizens are indignant after an eight-month pregnant woman was refused entry to a hospital, because the validity of her COVID test has expired by just two hours.

Xi’an, a city of 13 million residents has been locked down since Dec. 23, making this China’s biggest lockdown since Wuhan was first sealed in 2020. Xi’an has recorded nearly 1,800 cases in the last month — a high number given that Chinese authorities are punished if even a single case pops up in their jurisdiction.

Only a few assigned hospitals remain open in Xi’an as medical resources are strained by mass testing and the ongoing lockdown.

The woman miscarried while waiting for a second test result outside the hospital, according to a video shared by her family,

The Women’s Federation and the health commission of Shaanxi Province, of which Xi’an is the capital, responded that they have opened an investigation into the case.

The lockdowns are so strict and so prolonged in Xi’an that residents have taken to social media to complain about a lack of basic supplies. Jokes about cooking cabbage — the only readily available food — have proliferated. In other videos, residents document their struggle to procure everything from menstruation pads to food.

More than 300 miles away, the central city of Yuzhou is also under lockdown after authorities discovered just three asymptomatic cases there.

However, lockdowns like the ones in Xi’an and Yuzhou, as well as mass testing, are widely supported in China because they let the majority continue going to work and eating out like normal. As the Beijing Winter Olympics in February draw near, COVID prevention policies will likely only get more strict.

Chinese journalist Jiang Xue, who is among the minority under lockdown in Xi’an, wrote in an essay widely shared this week:

“We must be willing to make any sacrifice [to stop the virus]. This line is true enough, but each person should consider: are we the ‘we’ in this statement, or are we the ‘sacrifice?’ ”