WPRK has been off the air for nearly 3 months, but will return 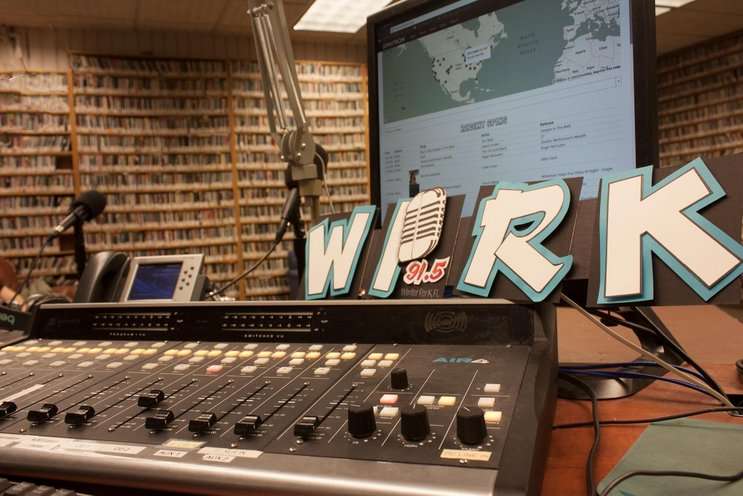 Those who have tried to tune their radio dials to WPRK 91.5 in recent months have been met with one of two things: all-out static or the occasional crackle of what sounds like Sunday morning church. No, Rollins College’s storied WPRK hasn’t had the plug pulled. That’s the bleed-over from its Christian contemporary neighbor on the dial, WHIF 91.3.

The problem is simple: WPRK’s antenna has been down for months, leaving them no way to broadcast a signal.On September 8th, less than two days before Hurricane Irma made landfall, the station staff made the decision to sign off for safety, says Greg Golden, director of student media. It was supposed to be a temporary hunker-down, but the silence on the FM dial would last. The day after landfall, Golden says management noticed that the tower was leaning at an angle. One of the brackets that had originally held the tower in place was damaged. Out of safety concerns, administrators decided to take down the tower almost immediately.

Today, most of Florida is now back in pre-storm condition; the same cant’ be said for WPRK. Golden explains that the absence on FM airwaves is not only due to the removal of the tower – it’s that the tower hasn’t been replaced due to an upcoming campus renovation. Though no concrete dates have been set, Rollins administrators have been working with an offsite tower leasing company in recent weeks, with the hopes that the signal will be on air again by January. Rollins president Grant Cornwell confirmed as much by phone.