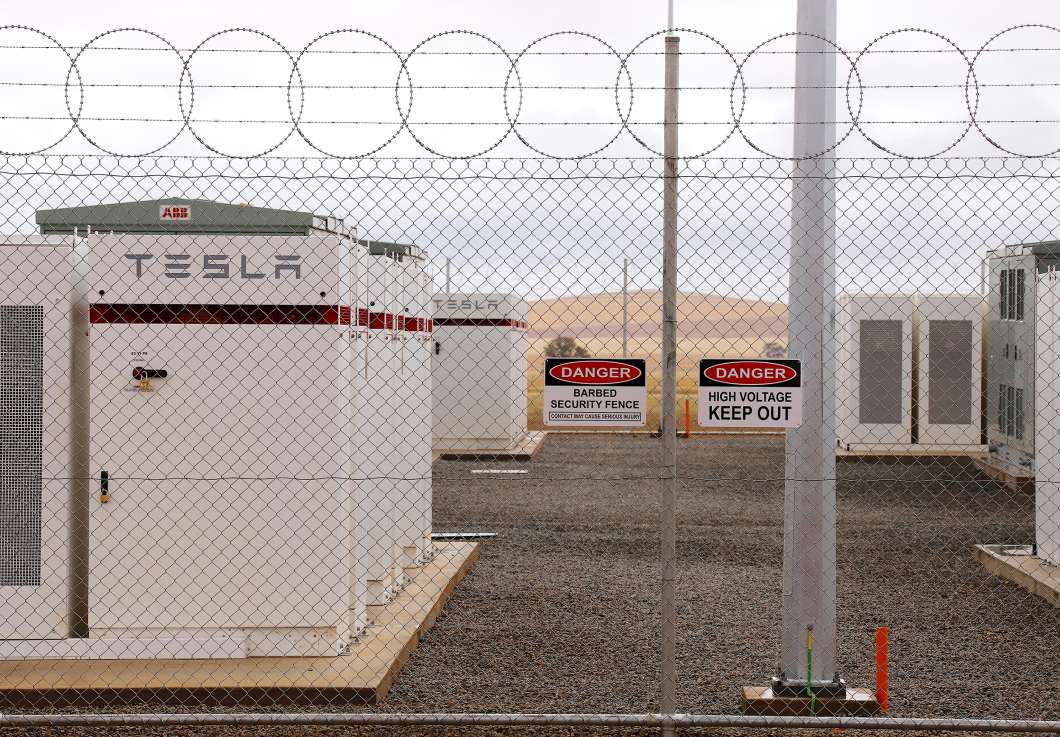 The power grid in South Australia now includes a huge Tesla battery tied to a wind farm, allowing the system to supply electricity around the clock. The battery was installed well before Tesla CEO Elon Musk’s 100-day guarantee lapsed — and in time for the start of summer.

“This is history in the making,” South Australia Premier Jay Weatherill said of the battery system, which sits next to wind turbines at the Horndale Power Reserve.

The battery was linked to the grid 63 days after the contract was signed, in a deal between Tesla, the French renewable energy company Neoen and the South Australian government. Musk had said Tesla could have the battery in place within 100 days or it would be free.

“South Australia is now leading the world in dispatchable renewable energy, delivered to homes and businesses 24/7,” Weatherill said in a statement about the installation.

The 100-megawatt/129MWh battery was first tied to the grid over the weekend; it then underwent testing to ensure it can both generate power to and store charge from the National Energy Market. According to Australia’s ABC, it was tapped one day early, to bolster the local power grid as local temperatures hit 100 degrees.

“South Australian taxpayers will be subsidizing its operation with up to $50 million over the next 10 years,” the ABC reports.

The battery can store enough energy to power around 30,000 homes for more than an hour. But officials are hoping it can help stabilize the system and ease the power load during peak demand — key goals in South Australia, where the entire state endured a blackout in September 2016.

In addition to helping to stabilize the electrical grid, officials say the battery will allow the wind-powered Hornsdale Power Reserve to sign direct contracts with medium-sized businesses.