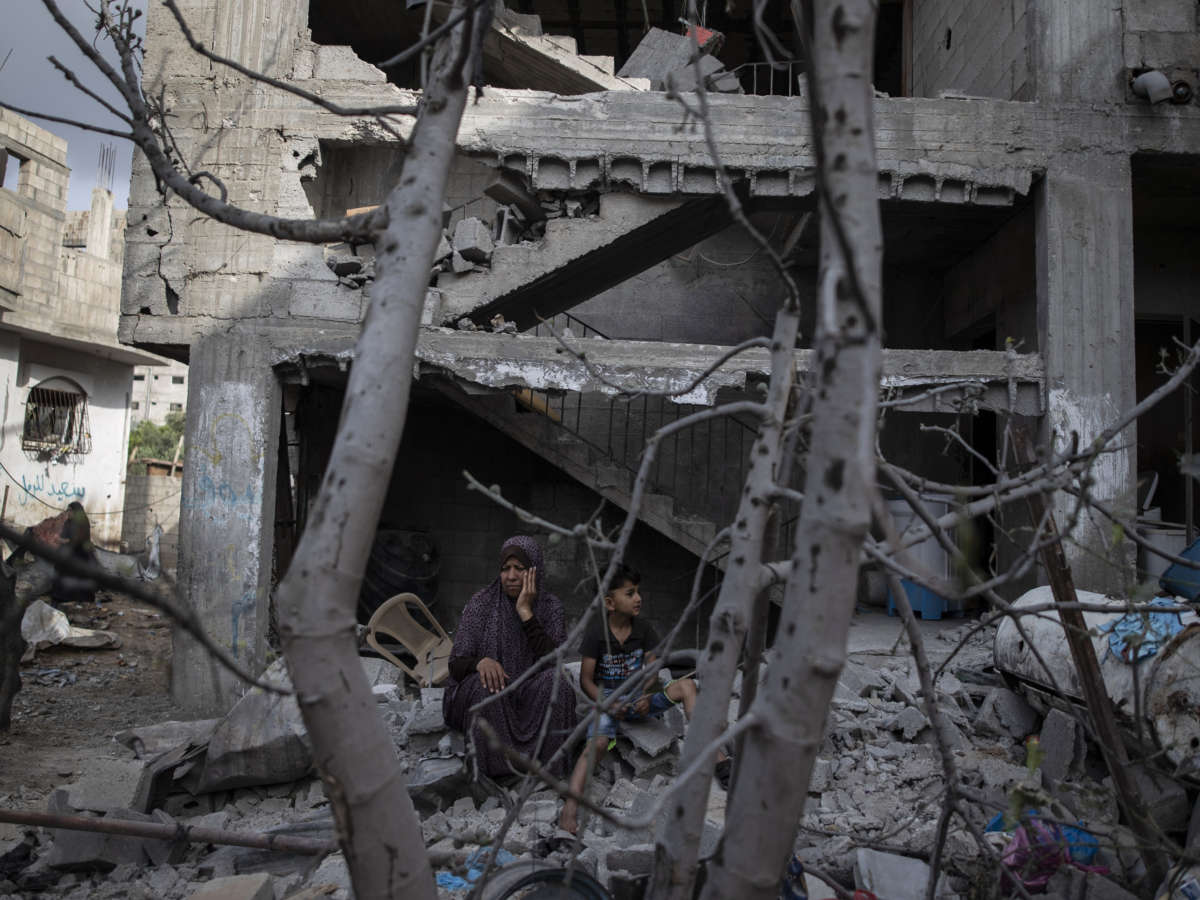 A Palestinian woman sits with her son in front of her destroyed house in the town of Beit Hanoun, northern Gaza Strip, to which she returned following a cease-fire reached after an 11-day war between Gaza's Hamas rulers and Israel.
Image credit: Khalil Hamra

Leaders around the world welcomed news of a cease-fire between Israel and Hamas early Friday after days of hostilities killed altogether at least 250 people, including some 70 children.

After 11 days of the worst fighting in the region since 2014, global leaders called for both sides to resolve the decades-long conflict and to build a lasting, peaceful and stable future.

President Joe Biden’s administration held “intense, high-level discussions hour by hour” with the Israelis, the Palestinian Authority, Egypt and others to reach the truce. He said Thursday that there is a “genuine opportunity” to build on the progress.

The U.S. appears ready to continue its involvement in the region. Secretary of State Antony Blinken tweeted early Friday that he will visit the region in the coming days and that he looks “forward to meeting the Foreign Minister and other Israeli, Palestinian, and regional leaders.”

United Nations Secretary General António Guterres said on Twitter Thursday that Israeli and Palestinian leaders “have a responsibility beyond the restoration of calm to start a serious dialogue to address the root causes of the conflict.”

Guterres also called on the international community to develop a support package for reconstruction and recovery to aid Palestinian people “and strengthens their institutions.”

European Commission President Ursula Von der Leyen also took to the social media platform to welcome the cease-fire. She said, “Only a political solution will bring lasting peace and security to all.”

Any “durable” resolution, according to British Prime Minister Boris Johnson, is one that prevents “terrorism, ends the cycle of violence and delivers a sustainable and just peace.”

Pakistan Foreign Minister Shah Mahmood Qureshi struck a more divisive tone in his message following the announcement of the ceasefire.

In a meeting with U.N. Secretary General Guterres, Qureshi said the two men shared a “deep concern for the people of Palestine and Pakistan’s unwavering support for their right to self determination.”

Qureshi called on “Israel’s occupation of Palestine” to end.