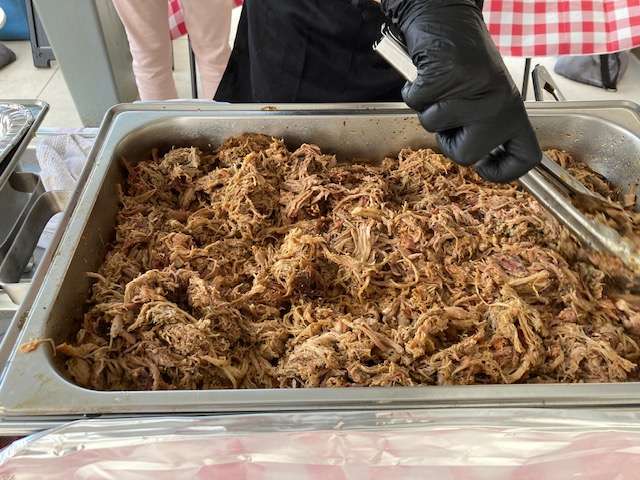 Chef Ian Russell stood under a large tent outside the Planet Fitness a few doors down from the library, passing out fresh pulled pork and pulled chicken sandwiches.

Russell says his food truck Smoke & Donuts has been doing alright during the pandemic and he’s feeling especially good about today.

Meals are free at all 23 sites. Photo: Danielle Prieur

“To be out here today and to be able to feed people on voting day along with World Central Kitchen and be involved in something that makes us feel full is extremely exciting and heartwarming and awesome.”

Rafael Delgado, a sommelier at Jaleo at Disney Springs, and a coordinator for the nonprofit in the Orlando area was visiting the site.

He says food can both nourish and unify.

Delgado says he saw two people from different political parties in line not talking to each other.

Sites will be open and providing food until they run out. They’ll serve about 10,000 meals.