Women accused of falsifying age to get vaccine, given trespass warnings at Orange County Convention Center 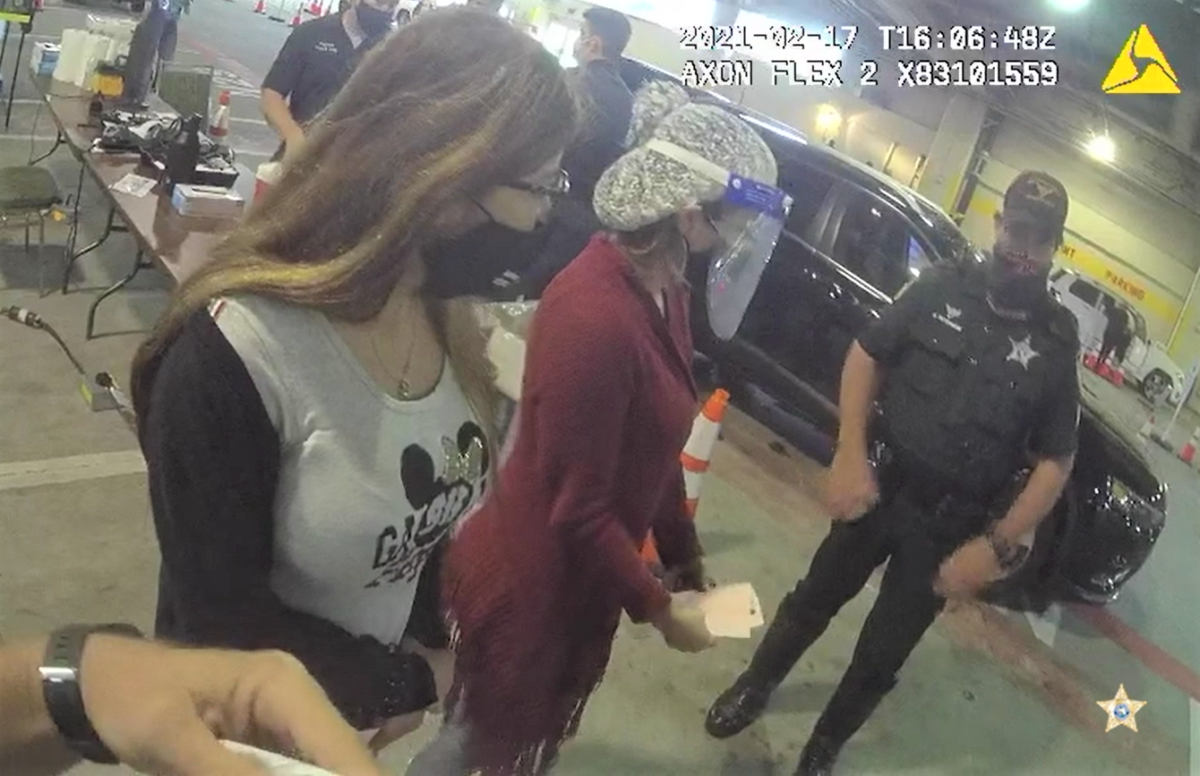 A deputy told the women they were "lucky not to get arrested." Image: OCSO video

Orange County’s health director, Dr. Raul Pino, says vaccine demand is so high that people are faking old age to get the shots.

Pino says two young women came to the Convention Center “dressed up as grannies” for their second doses.

The “grannies” episode has become national news, but body cam video released by the Orange County Sheriff’s Office shows the women, ages 34 and 44, weren’t really wearing much of a costume.

Both had masks. The driver also had a face shield. She wore a knit gray bonnet and maroon sweater. The other woman wore a black sweater over a Minnie Mouse shirt.

So they got a scolding Wednesday from am unidentified deputy at the scene.

“You know what you have done?” he said. “You’ve stolen a vaccine from somebody that needs it more than you. And now you’re not going to get your second one.”

Another deputy issued a trespass warning, telling the women they were “lucky not to get arrested.”