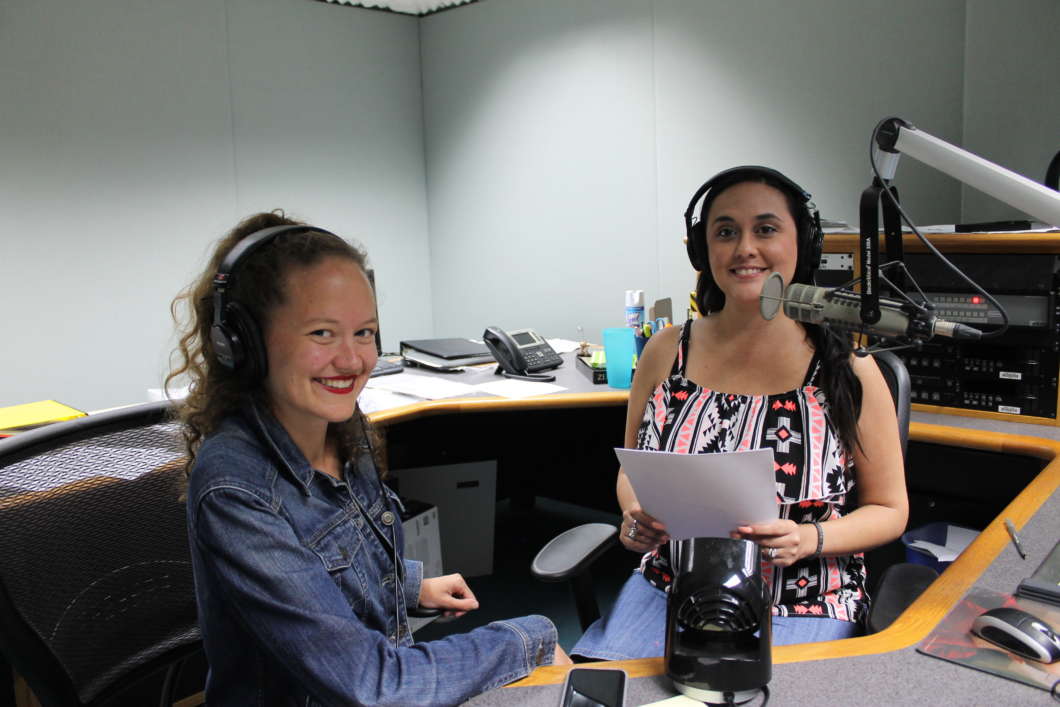 Crystal Chavez will be the next lead producer for All Things Considered working with Ari Shapiro. Photo: Matt Peddie

As you may have heard this week Danielle Prieur has been filling in as All Things Considered host for 90.7’s Crystal Chavez. That’s because Crystal is preparing for a big move to Washington D.C. She’s accepted an offer to be a producer for All Things Considered at NPR. We wanted to take a look at her time in Orlando before saying goodbye.

**This text has been edited for clarity

Prieur: First of all, Crystal, congratulations!

Chavez: Thanks! It’s weird being on this side of the mic!

Prieur: You’ve been reporting and hosting here at WMFE for more than three years-what are some of your favorite stories you’ve covered?

Chavez: It’s been amazing learning what really makes Orlando an awesome city and central Florida in general. It’s so much more than theme parks, it’s about the springs, the local food scene, the arts, and the people.

I’ve been covering the Puerto Rican influx to central Florida since before Hurricane Maria compounded that.

But what has made the biggest impact on my heart is Pulse.

I had the privilege of project-managing a Spanish podcast to mark the one-year after the tragedy. That was in collaboration with veteran central Florida editor and reporter Maria Padilla, and former WMFE interns Jarleene Almenas and Adamn Manno.

We looked at everything from the law enforcement response to translation problems in hospital waiting rooms, to the mental health of the Latino/Latina/Latinx community. We told the stories in Spanish so families in Puerto Rico and elsewhere could share the podcasts with Spanish-speaking family and friends.

The people who opened up and shared their stories about what was at the time the worst mass shooting in modern American history, their stories will follow me forever.

Chavez: Yes, some of that work was with our very own interns, many of them University of Central Florida students. I also work with The Next Generation Project under one of my own mentors Doug Mitchell. This is a week-long digital journalism project to train students and others who are paired with professional journalists as mentors.

My latest project was in Houston and I’m proud to say my mentee is now working at our sister station, WLRN. NextGen prides itself on teaching a competitively-selected diverse group of participants. That’s so important as we know nationwide newsrooms have more work to do when it comes to diversity and inclusion.

It’s been great to work for WMFE’s CEO LaFontaine Oliver, he gets it. He’s president of the Central Florida Association of Black Journalists.

The public media system still has a long way to go though.

The latest NPR Staff Diversity report from the Ombudsman shows Latinos only make up six percent of the NPR newsroom.

I’m honored to have a seat at the national table now especially at a time when so many national stories on immigration and beyond are focusing on Latino families.

Prieur: What are you hoping to do next?

Chavez: I’m excited to learn from the amazing people that create All Things Considered everyday. Everyone behind the scenes to the voices we rely on like Ari Shapiro, Ailsa Change, Audie Cornish, and Mary Louise Kelly. Will be fangirling for sure. I’m excited to step behind the mic and help shape national news coverage at one of the most respected outlets in the world.

Thank you to the central Florida community. I will miss you and can’t wait to come back to visit!