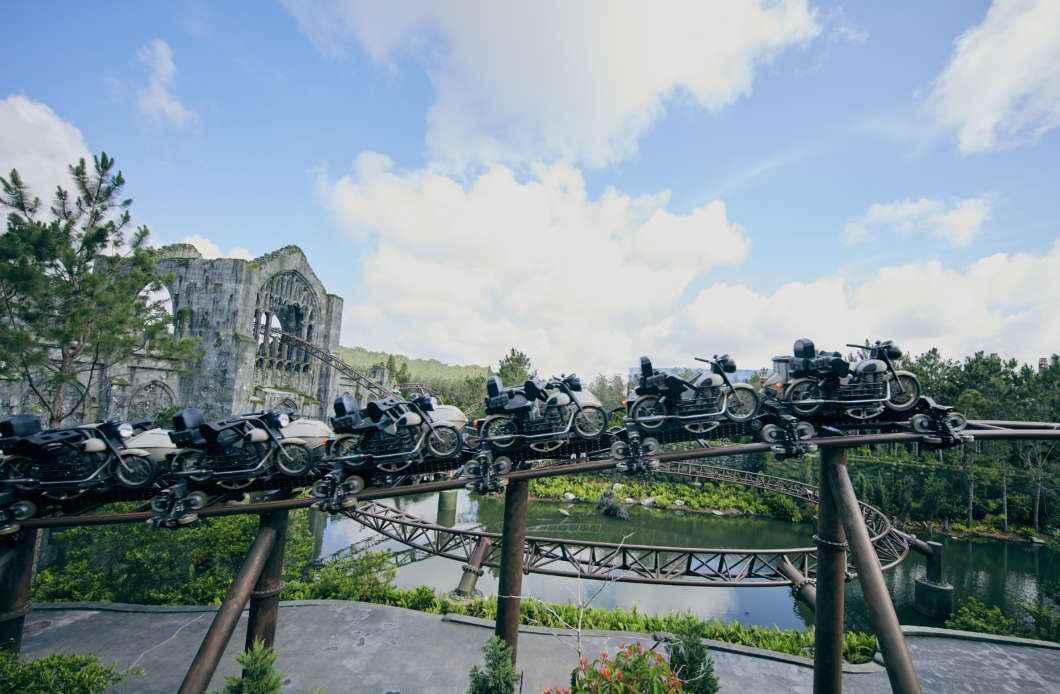 Harry Potter fans now have another adventure to go on at Universal’s Islands of Adventure.

Visitors can now join Hagrid on a Magical Creatures Motorbike ride to the edge of the Forbidden Forest.

The latest addition to the theme park’s Wizarding World of Harry Potter leads waiting guests through abandoned ruins behind Hagrid’s shack, where they can see textbooks and other material from the half-giant’s class. Once on the ride, guests will fly above the trees and speed through mysterious ruins as they search for the wizarding world’s rarest magical creatures.

Hagrid’s roller coaster was originally Dueling Dragons, which became the Dragon Challenge coaster when the attraction first opened.  The coaster features a 17-foot drop and catapults guests 65 feet in the air at a more than 70-degree angle.