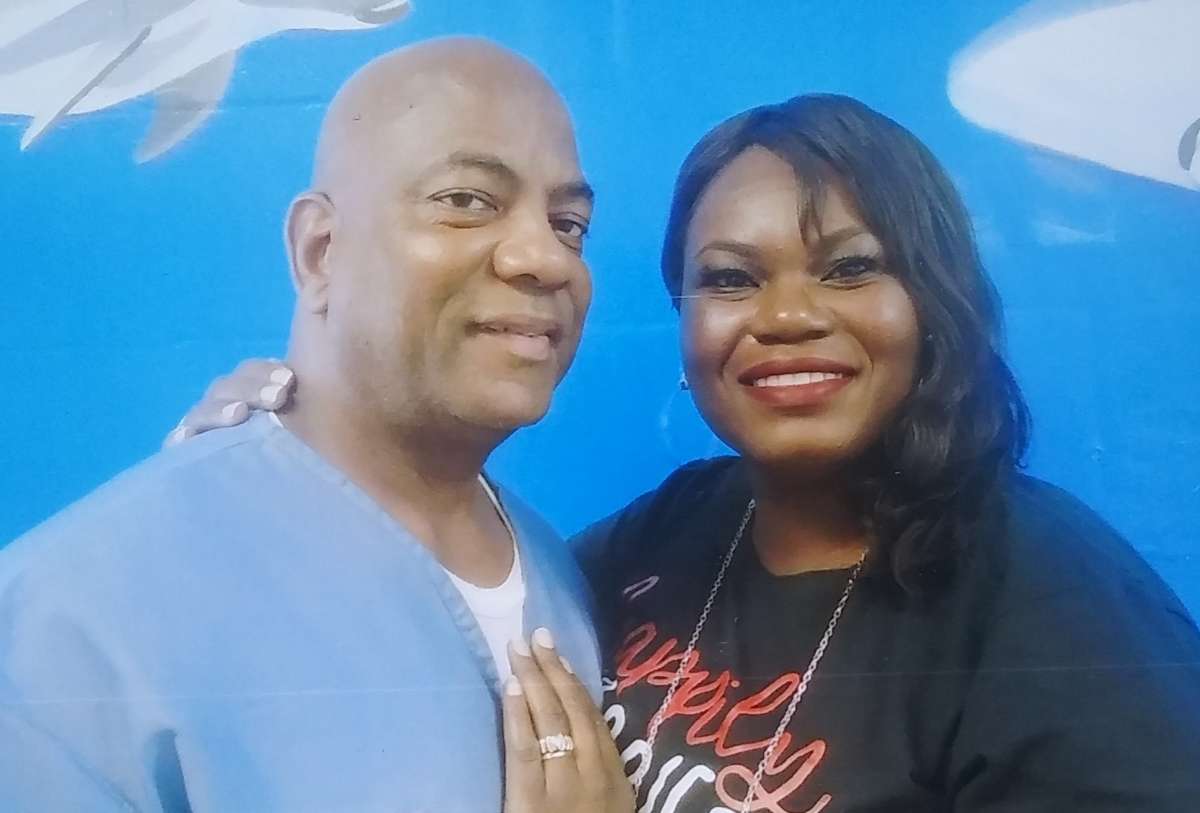 Dorothy and Robert Bing. She posted a similar photo, including other family members, on Twitter as part of the #visitsmatter campaign. Photo: Courtesy of Dorothy Bing

A group that advocates for prisoners and their families has begun a social media campaign to draw attention to the importance of weekly visitation.

That’s because  the Florida Department of Corrections is proposing new rules that would let prisons cut their visits in half, allowing them only every other weekend. The agency says it’s for safety and security.

The campaign’s photos on Twitter show wives, children and parents posing and smiling with inmates in blue prison uniforms.

#visitsmatter @FL_Corrections this is who you will hurt by reducing visits. @sen_Albritton @jasonbrodeur reducing visits violates FS 944.8031(1) as JAPC members, please stop this rule change that will tear families apart. pic.twitter.com/5exrDK8EyX

In her tweet, Dorothy Bing of Winter Haven says she visits her incarcerated husband every weekend if possible. He is serving a life sentence for armed robbery at the DeSoto Annex in Arcadia.

“I just don’t want that to be taken away,” she said in an interview, “because I know how important it is to my husband, especially after losing so many family and friends from covid. We can’t risk not being able to see each other.”

And frequent visits are important to families, too, Bing said. “This affects a lot of people, children. And being a youth minister myself I know how important it is to these children to have their fathers, their mothers, their grandmothers, you know, sisters, brothers — those that are incarcerated — keep in touch with them.”

The FDC tried to cut back on visits in 2018. That effort stalled after a government lawyer pointed out that state law actually calls for more visitation.

Under the proposed new rules, individual prisons could reduce visitations by half under certain conditions. The rules include a review process.

In an email statement, FDC says it recognizes the “vital importance” of visitation.

The email says FDC “initiated a rule development process for modernizing and defining visitation procedures with the ultimate goal of ensuring the safety and security of all inmates, staff and visitors.”

Note: This article has been updated to include more information from FDC.