With ‘The Mom Every Other Kid Wanted,’ She Was An Only Child But Never Alone 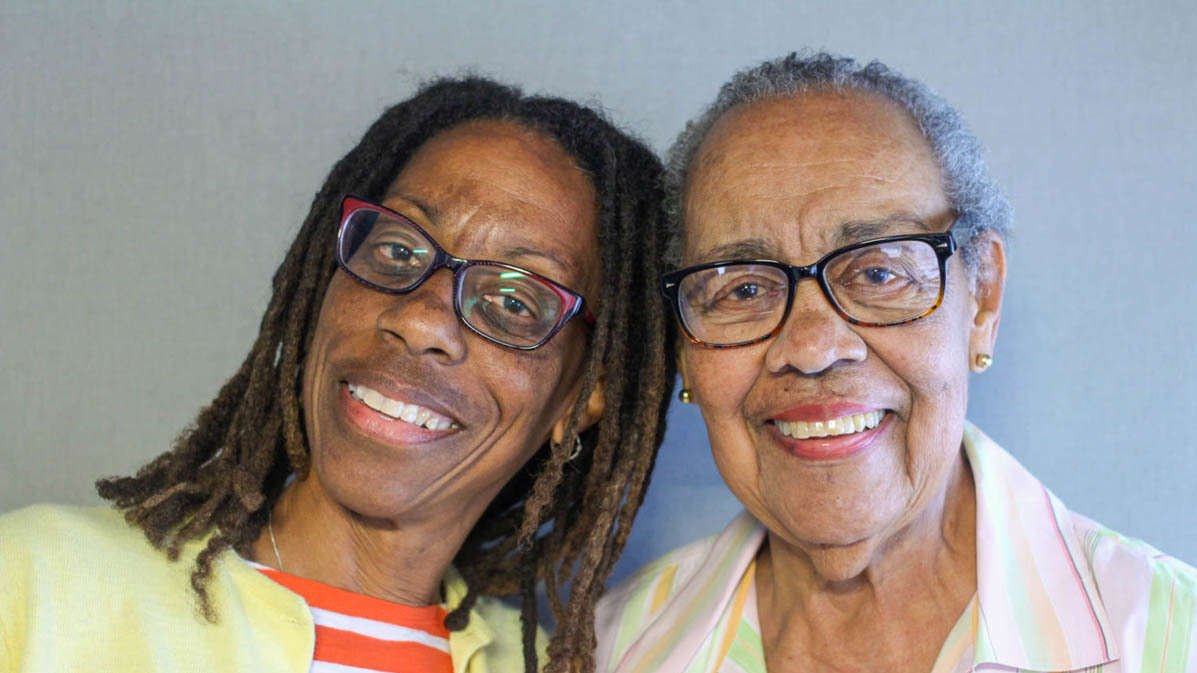 Mary Mills and her mother, Joyce Carter Mills, came to StoryCorps in February 2020 to talk about Mary's childhood. "You were the mom every other kid wanted," Mary told Joyce.

Mary Mills grew up in 1960s Los Angeles as an only child. But she was never lonely — her house was always filled with kids from the neighborhood.

In February 2020, Mary and her mother, Joyce Carter Mills, came to StoryCorps to remember how Joyce fostered that kind of fun-loving environment.

Joyce, who was 89 at the time, asked her daughter how she was different from the other parents in the neighborhood.

“I wasn’t thinking about the other parents, ’cause you were such a perfect parent,” Mary, then 56, said.

Mary said her mom had a way of bringing the children together, be it through song or food, and always with an innate kindness.

“One memory I have of you is taking all the little kids to the beach,” she said. “You would pile us into your Ford Maverick with the black vinyl seats, and you would say, ‘OK, we’re gonna sing a song together.’ And since we were all different ages and didn’t know the same songs, you thought, ‘Everybody knows Christmas carols.’ So here we are, all these little Black kids, in the middle of the summer, sweating to death, singing Christmas carols.”

“That’s the kind of parent you were. No other parents were doing that.”

“No other parents were that crazy,” Joyce told her daughter.

“No other parents were that fun,” Mary said. “Everybody wanted to be at our house.”

Joyce made an impression with a lot of kids in the neighborhood. One such kid, named Carla, whom she taught how to shop for food and cook, has gone on to be a caterer.

Joyce remembered another time she took a child under her wing.

“I was in the kitchen and you came in — you were about 7,” she recalled. “And you had your friend Arturo by the hand. He was 4. You handed him over to me and said, ‘He needs loving — here.’ And you left him with me and you went back outside to play and I didn’t know what to do with him. So, he and I made cookies, which everybody enjoyed later.”

Mary told her, “This is why I say you were the mom every other kid wanted.”

Joyce liked to show a caring side she said is often missing.

“You know, it bothers me so much that in this world we’re not kind enough to each other,” she said. “Every time we were out and I’d see a kid, I’d always find something nice to say. If a little girl had on an outfit like a tutu and it looked like hell, I would say to her, ‘You are too cute.’ ”

Mary said, “You’ve got more than enough love to spread and to share with people.”

It’s the same love and energy her mother devoted to her.

“Yes, you did,” Mary said. “I want to say that that would be in my nature, but I was raised that way. I learned that from you.”

Mary now has a child of her own. She gave her son, Carter, now a teenager, Joyce’s maiden name.

“I think there are too many of us who have closed ourselves in or off,” Joyce said. “What goes around is coming around.”

Audio produced for Morning Edition by Jey Born. NPR’s Emma Bowman adapted it for the Web.