With The Americans Gone, Afghanistan Enters Its Uncertain, Taliban-Led Future 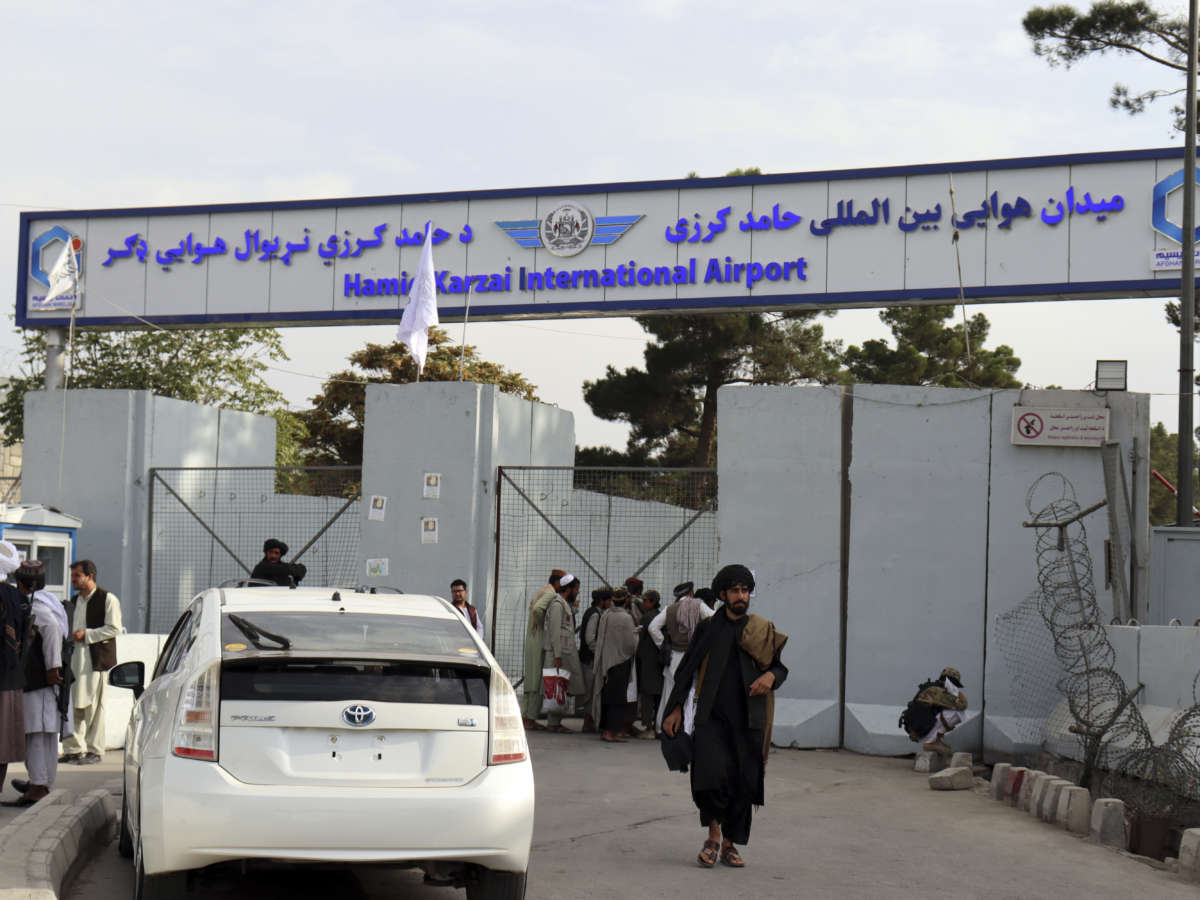 For the first time in nearly two decades, Afghans awoke on Tuesday morning to a country absent U.S. forces, after the last American soldier boarded the last military transport to leave the country just before a midnight deadline.

But the future of the country is uncertain. Some welcome the new Taliban rulers, while many others remember the excesses of their harsh ideology — one that restricts women from education and employment, and metes out swift justice to anyone who breaches the group’s harsh interpretation of Islamic law.

The last flight out of Kabul, which met the Biden administration’s Aug. 31 deadline for complete withdrawal of U.S. forces, was described as a historical moment by the Taliban.

“Congratulations to Afghanistan,” the group’s spokesman Zabihullah Mujahid told reporters at a news conference at the airport. “This victory belongs to us all.”

“We liberated our country from a great power,” he said after the last U.S. C-17 had left and Taliban fighters dressed in tactical gear and sporting firearms rode into airport in trucks.

The Taliban’s rapid advance on Kabul as U.S.-trained Afghan security forces collapsed forced a chaotic and deadly final exit, with U.S. forces at the airport scrambling to evacuate American soldiers and contractors, as well as tens of thousands of Afghans desperate to leave country.

Last week, a suicide bomber who slipped in among the throngs of people crowding outside the airport killed 13 U.S. service members and nearly 200 Afghans. The Islamic State Khorasan (ISIS-K) claimed responsibility. In retaliation, the U.S. launched a drone strike on individuals it says were responsible for planning the attack. In a subsequent drone strike, the U.S. targeted a vehicle filled with explosives. Ten Afghan civilians, including seven children, were also reportedly killed.

Despite deep concern in the international community and among many Afghans themselves, the Taliban have tried to assuage fears that their rule will be marked by the same level of brutality that became a hallmark of their previous stint in power, from 1996 until they were forced out in the 2001 U.S. invasion.

Afraid of Taliban reprisals once the U.S. departed, Washington airlifted more than 123,000 people out of the country, including about 6,000 American citizens, according to the State Department. Many Afghans who left had aided U.S. forces during the 20-year occupation.

Speaking to NPR earlier this month, a Taliban spokesman insisted that no retaliation would take place

“No, there is not any kind of reprisal nor any revenge under those people who are working with the foreign troops,” Suhail Shaheen, the Taliban spokesman in Qatar, told Morning Edition host Steve Inskeep.

“[We] have announced a general amnesty, they can lead their normal life and they also contribute to the reconstruction of the country, to people’s economic prosperity, to their own prosperity,” he said.

But many are skeptical.

So far, Taliban actions have spoken louder than their words

In the areas of the country that fell under their control in the lead-up to the Taliban’s final assault on the capital, reports emerged of the same kind of brutality that had made the movement infamous and turned the country into a pariah state.

In a region north of Kabul, folk singer Fawad Andarabi was fatally shot by the Taliban just days after they had searched his home, the singer’s family says.

Among their edicts when last in power, the Taliban banned music as un-Islamic.

Earlier, a popular comedian in the country’s south, Nazar Mohammad, better known as Khasha Zwan, was seen in a video being beaten by Taliban fighters. He was later gunned down. Mujahid, the Taliban spokesman, promised that the two men seen in the video attacking Khasha Zwan would be put on trial.

The U.S. is set to lead with diplomacy

With the U.S. exit from Afghanistan complete, Secretary of State Antony Blinken said Washington was prepared to be “relentless” in efforts to help individuals escape the country even without boots on the ground.

“A new chapter of America’s engagement with Afghanistan has begun,” Blinken said in a statement. “It’s one in which we will lead with our diplomacy.”

“We will continue our relentless efforts to help Americans, foreign nationals and Afghans, leave Afghanistan, if they choose,” he said.

“As of today, we have suspended our diplomatic presence in Kabul, and transferred our operations to Doha, Qatar, which will soon be formally notified to Congress,” he said. “Given the uncertain security environment and political situation in Afghanistan, it was the prudent step to take.”

It is still not clear who will emerge as the leader of Afghanistan, but many believe the day-to-day administration of government will be handled by Mullah Abdul Ghani Baradar.

Baradar, who is technically the number two leader after Supreme Commander Haibatullah Akhundzada, has been the public face of the Taliban in recent years. He helped negotiate the U.S. withdrawal in Doha with then-Secretary of State Mike Pompeo.

Not much is known about Baradar, but he is a veteran of the war against the Soviet Union in the 1980s and also against U.S. forces following the 2001 invasion.