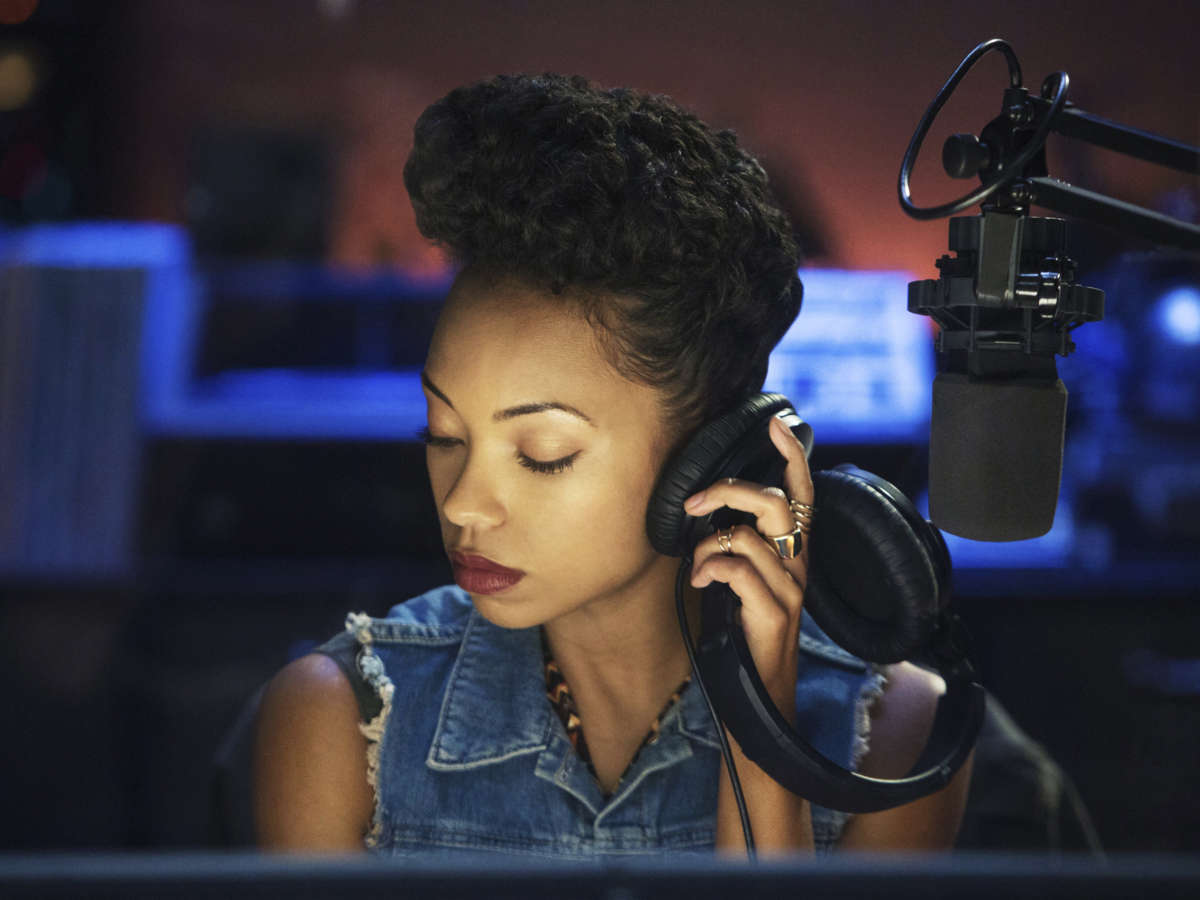 With popular shows like Dear White People using a wide range of pop songs in every episode, sync placements on TV have become an increasingly important way for artists to have their music heard.
Image credit: Adam Rose

As listening habits have shifted away from radio, visual media have become more important for discovering new music. As key scenes in films and television shows unfold, we may find ourselves searching online to identify what song we’re hearing. But who decides what song is playing during those moments?

As a music supervisor, Amanda Krieg Thomas has worked on hit TV shows such as The Americans and Pose. She says she gets upwards of 50 pitches a day from people looking to get songs on TV.

They’re all hoping for something called “sync placement,” the industry term for matching a song to what’s happening on screen. Licensing that song could earn an artist anywhere from a few thousand dollars to more than $100,000. Negotiating the terms often involves clearing the rights with everyone from record labels to multiple songwriters on a single track. But Krieg Thomas says the creative element can be challenging, too.

Music supervisor Gabe McDonough does the same, only for major advertising campaigns.

In 2015, he helped broker a deal with Ford to feature “Fight Song” by Rachel Platten.

Sustained TV exposure helped drive the single up to No. 6 on the Billboard Hot 100 and ignite Platten’s career as multi-platinum selling artist. McDonough says there is no perfect song for an ad, though certain generalities apply.

“Usually it’s up tempo, it’s positive, a lot of syncopation,” he says.

McDonough says he also tries his best to avoid clichés and trends in song placements.

“You know, you’ll hear that [loud thumping] in a lot of ads where people are trying to be swaggery and tough,” he says. “Before that, there was this ‘ukuleles and hand claps and whistles’ thing.”

McDonough says what matters most to brands is whether the song can help tell a story in 30 seconds; for artists, it’s how often that story reaches our ears, but both benefit from media buy, or how often the commercial runs.

“It’s brute force,” McDonough says. “How many times is that thing in front of people?”

Putting songs in front of listeners used to be the domain of record label A&R reps, industry talent scouts who lean on radio DJs to promote entry-level artists. But today, TV has become so effective, even established artists such as Grimes, Migos and Beck are signing deals to plug their songs in ads before they appear on album releases.

In the words of music supervisor Morgan Rhodes: “Placement is sort of the new A&R.” Rhodes says she looks for opportunities to introduce audiences to artists who haven’t been widely exposed.

“I love the educational and historical part,” she says. “I love the research. I love the digging.”

Rhodes was spinning records at NPR member station KCRW in Los Angeles when filmmaker Ava DuVernay invited her to work on the 2012 feature Middle of Nowhere. Since then, Rhodes has supervised the music for several of DuVernay’s projects, including the 2014 Civil Rights drama, Selma.

“There was no limit to where I searched [for inspiration]: news articles, conversations with family members,” she says. “And it was a wonderful experience, especially unearthing some artists that hadn’t seen placements and may not have been as remembered.”

One of those artists was Martha Bass. Rhodes chose one of her songs, “Walk With Me,” for a key scene: the confrontation at the Edmund Pettus Bridge during the 1965 march from Selma.

Later, when Rhodes was searching for a song for a 2017 episode of Dear White People directed by Justin Simien, she thought back to an independent artist she’d featured on her radio show a few years earlier.

With tens of thousands of tracks uploaded to music streaming services every day, James Tillman says he tries to get his songs out as many ways as possible.

“I was on Spotify, Apple Music, Soundcloud, Bandcamp,” he says. “I just wanted to make sure the music was everywhere that it could be.”

But after his song “Casual Encounters” appeared on Dear White People, Tillman says his streaming counts spiked, leaving a lasting impact on his audience reach.

“That showed me that it leveled the playing field in certain ways, giving me a chance to at least reach people,” he says.

Rhodes says that with such a crowded streaming environment, TV can help break through all of that online noise.

But song placement is still not a magic bullet: Despite getting his song on a hit TV show, for now James Tillman remains unsigned.

“One placement could significantly impact your career, but it probably won’t push it over the edge,” he says.