With Races Canceled, Runners Take To The Trails To Set Records 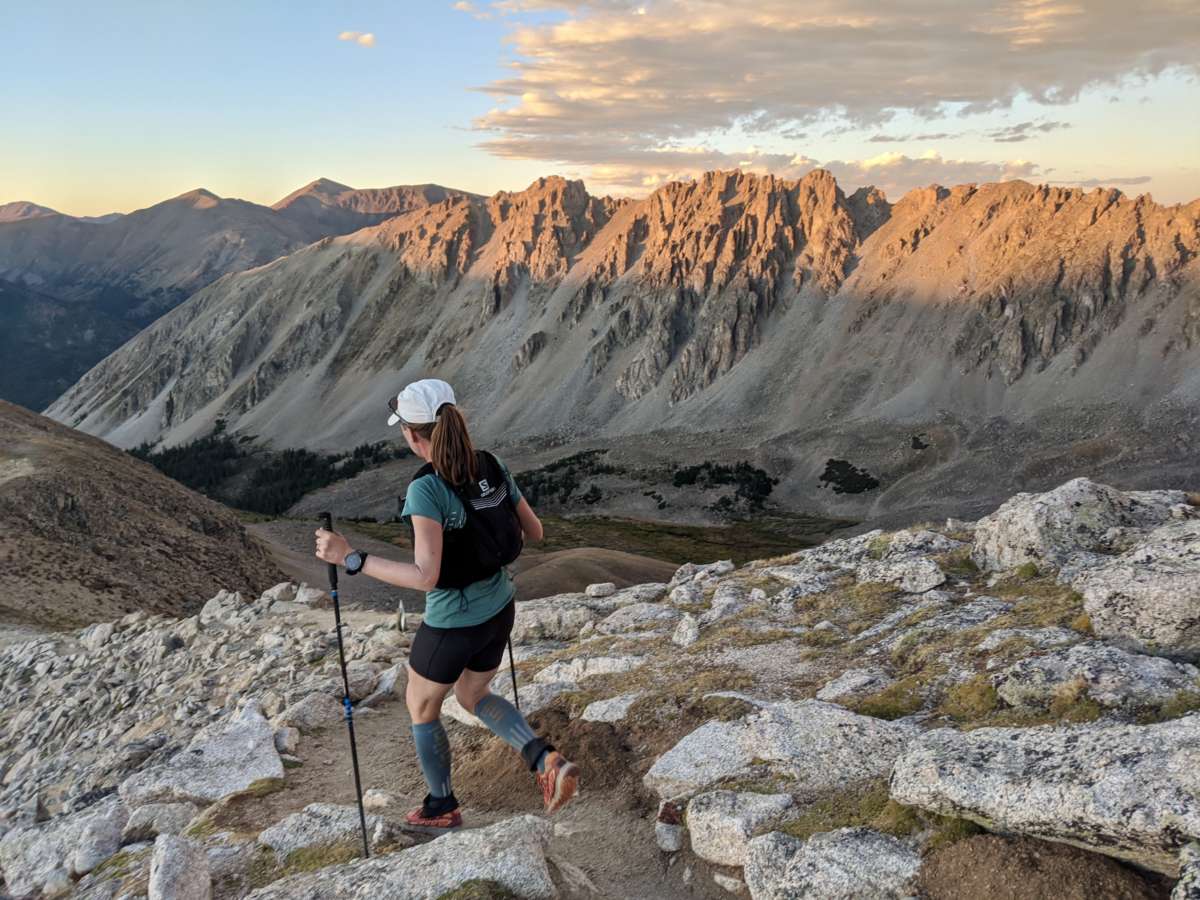 At the end of a dirt road in New York’s Adirondack Mountains, endurance athlete Alyssa Godesky switches on her headlamp. It’s 4 a.m. when Godesky begins what will be the first of three and a half days of scrambling up rocky trails and bushwhacking through thick forests.

Godesky is one of thousands of runners chasing down speed records in the mountains since the start of the coronavirus pandemic. With all the major races canceled this year, more athletes are measuring themselves against the clock, attempting to set what are known as Fastest Known Times.

“We’ve known the interest in FKTs is growing, but it’s growing, I think, even faster than I imagined,” said Meghan Hicks, editor at iRunFar, a trail running website.

From March through September of 2019, runners set about 700 Fastest Known Times. This year, nearly 3,000 new FKTs have been set. The routes, which are mostly in the mountains, are collected and confirmed using GPS coordinates by an independent team of volunteers.

This summer, Hicks set a new FKT on a trail called Nolan’s 14, a 100 mile mountainous route through central Colorado. “The skyline is gorgeous, the mountains are gorgeous,” Hicks said. “It’s just a really special place on earth.”

Professional ultrarunner Coree Woltering also went after an FKT in a place that’s special to him — the midwest, where he grew up and still lives. Woltering set out to tackle Wisconsin’s Ice Age Trail.

“I knew that it was basically a 1,200 mile trail and I thought, ‘Hey it would be great to see the full trail someday,’ and just with COVID, someday became June,” Woltering said.

At first, Woltering’s run was a way to challenge himself and raise money for a hunger relief organization. One week before he was set to start, George Floyd, a Black man, was killed in police custody in Minneapolis.

Woltering’s run took on new meaning after that. “I’m a person of color — I’m an openly gay, Black man and it actually gives people a positive story of someone of color doing something awesome,” Woltering said. “June is also pride month, so I thought it was kind of the perfect mix to go after it.”

Back in the Adirondack Mountains, Alyssa Godesky set her FKT in 3 days, 16 hours, and 16 minutes. Godesky’s close friends and family were there to celebrate with her.

In a normal race year, when there’s not a pandemic, Godesky travels to races by herself, which she says can feel lonely.

“This was the opposite of lonely. I felt just completely surrounded by so much love and excitement and energy,” Godesky said.

Setting records is a way for athletes like Godesky to keep their edge until races are back on. It’s also a way to find joy out on the trail.