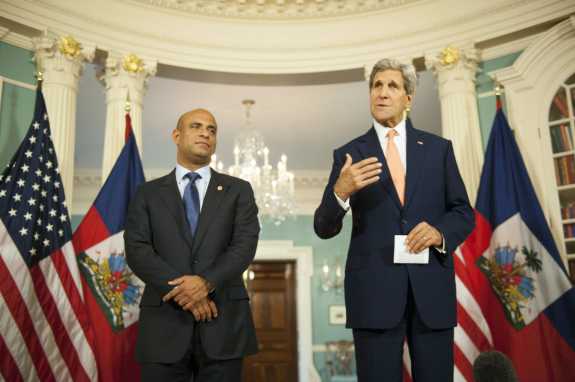 Haiti is in political crisis.

The country’s President Michel Martelly forced its Prime Minister Laurent Lamothe to resign over the weekend.

Florida author Ardain Isma says Martelly is as much at fault for the country’s turmoil. “We need to sit down and take a hard look of what needs to be done to really save this beautiful country that so many of us love so much. And Martelly is in deep trouble because of the fact that he could not deliver on the promise that he made,” says Isma

Haiti also is roiled by protests over government corruption and long-overdue elections. Its recovery from 2010’s massive earthquake continues.