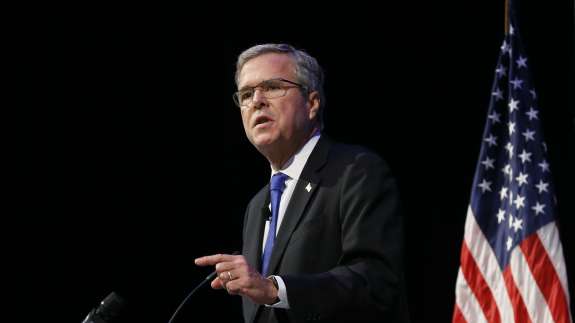 Iowans had their say last night on who they would like to be the next U.S. president.

90.7’s Matthew Peddie caught up with Adam Smith from the Tampa Bay Times for analysis of Iowa, and a look at what’s next for Florida’s presidential candidates Jeb Bush and Marco Rubio.

Former Florida Governor Jeb Bush and South Florida Senator Marco Rubio may not have been the Republican candidates to win the Iowa caucus, but Iowa was still an important state for both of their campaigns.

Adam Smith says Rubio’s third place in the Iowa caucus is a boost for his presidential primary campaign.

Smith said third place is good for Rubio. “He gave a speech last night where you would have thought he’d won the thing instead of coming in third,” said Smith. “I think it was a good night for him. He sees himself now as the main, sort of mainstream, semi-establishment Republican, up against Donald Trump and Ted Cruz.”

The candidates are now setting their sights on New Hampshire, which Smith said is a do-or-die state for Bush’s presidential primary campaign.

The former Florida governor netted just 3 percent of the vote in the Iowa caucus last night.

Smith said that has to be a concern, after his super PAC spent about $15 million on ads in Iowa.

“He comes in having spent all that money and, getting 3 percent, he does not look like a winner,” said Smith. “He probably has the money to keep going on past New Hampshire, but there’s going to be a lot of Republicans ready for him to get out if he doesn’t show much.”

The New Hampshire Primary is next Tuesday.