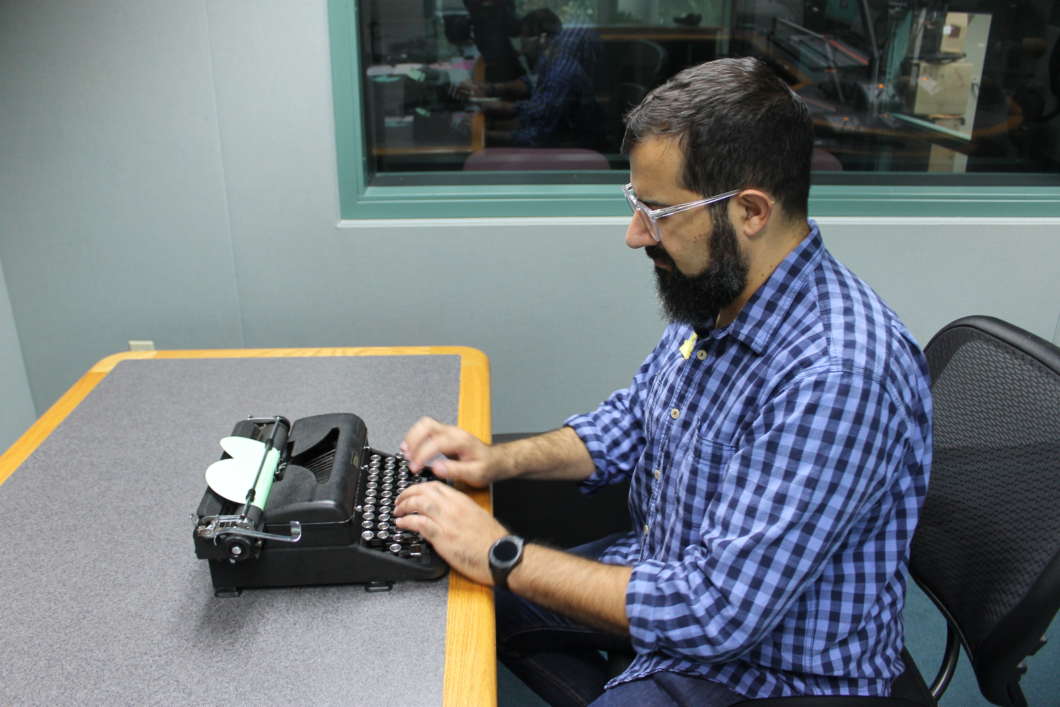 The 28th Orlando fringe festival is underway. It’s the longest running fringe theatre festival in the United States. Over the next fourteen days, you’ll hear music, laughter, applause… and the clatter of typewriters.

Nick Georgoudiou, Host of To a Certain Degree on WPRK-FM 91.5, tells Intersection he’s sponsoring a table at the festival where people can type out a note “showing gratitude to the people who work there.”

Georgoudiou says he began writing on typewriters about two years ago.

“It was to help me show more gratitude in life, and my handwriting is terrible, so I realized if I wanted to send notes to people, I would have to get a typewriter. So I got it, and I started doing analog Yelp reviews. I would send the Yelp review to the business I really appreciated, and not expect anything in return, so it was like this exercise in showing gratitude without expecting things.”

Georgoudiou says he now has about eight or ten typewriters. He says he finds that the experience of writing on the typewriter different from writing on a computer.

“If you make a mistake or you use the wrong word, you have to keep writing, so it became a really interesting exercise in writing that I think has made me a better writer.”

And he says there’s a satisfying physicality about writing on a typewriter.

“The noise is carthartic, you really have to smash at the keys to an extent- or jab- I should say. So it’s not just a matter of pressure, it’s just these quick jabs that you have to do, just to get the ink to stick.”