With A Leap Across Gender Norms, A Rising Ballet Star Looks To Rewrite Rules Of Dance 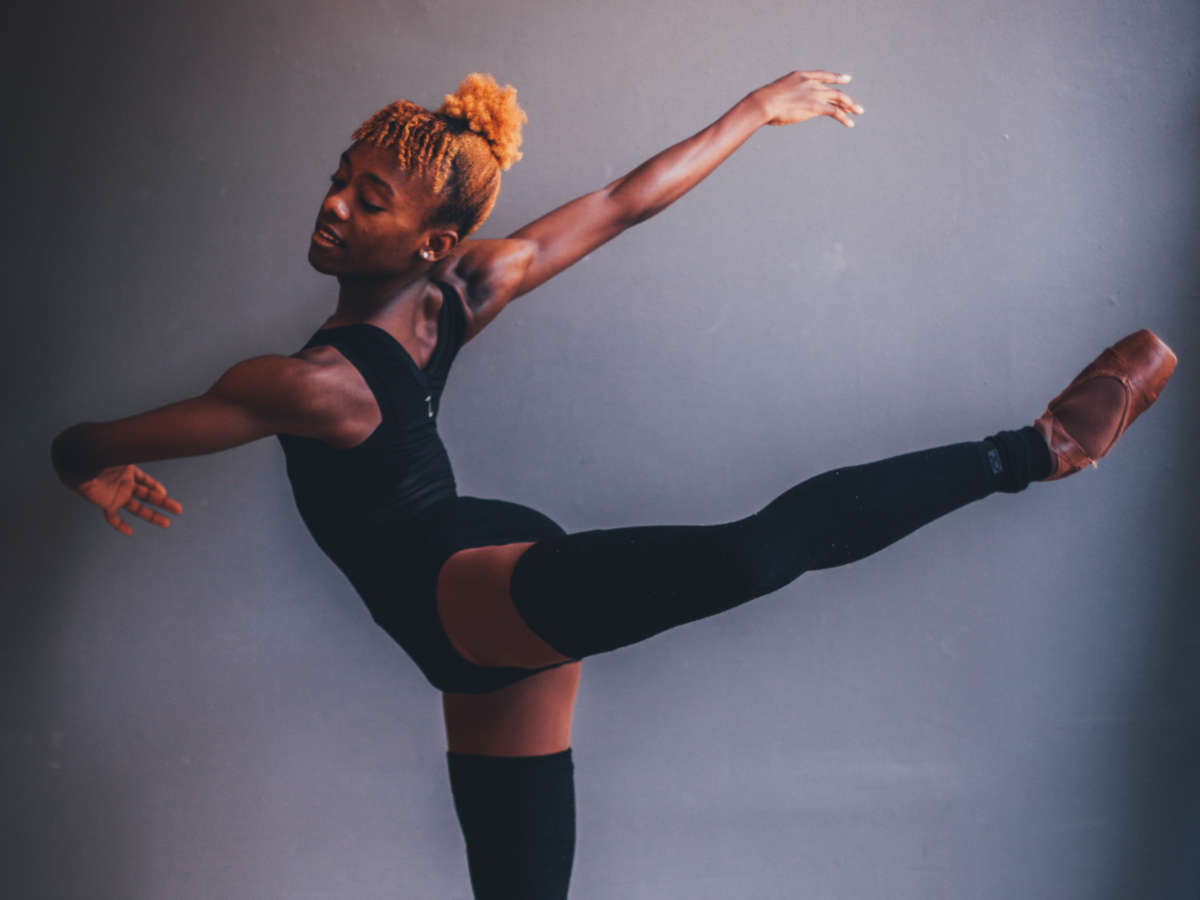 Edwards spent years training for traditionally male ballet roles, but it was beginning to feel too limiting, he says. What he really wanted to do was to dance en pointe, the technique where you dance on the tips of your toes using special ballet shoes.

The way that ballet dancer Ashton Edwards leaps through the air is pure art. The fact that he does it in pointe shoes is a rare feat.

Ballet traditionally has very divided roles for men and women. Men need power to lift their female partners. Women are prized for their delicate precision and the ability to seemingly defy gravity.

But ideas about ballet are changing.

Ashton Edwards is an 18-year-old ballet student with the Pacific Northwest Ballet’s elite Professional Division in Seattle. He has been studying classical ballet since he was 4 — but always in male roles.

It was beginning to feel too limiting, says Edwards. What he really wanted to do was to dance en pointe, the technique where you dance on the tips of your toes using special ballet shoes.

“It took a lot of searching within myself,” says Edwards, “but I think my goals in life and in my career and who I saw myself as a person were much bigger than just one small box I was put in. So I decided to explore.”

In the past, those words would have been enough to toss a dancer out of the corps. Ballet is a highly structured discipline with rigid divisions between the sexes.

“I was not expecting the school to be so open and accepting,” says Edwards. But, he says, he explained “how dance was so close to me and how I couldn’t have one thing and not the other. They really go hand in hand.”

Dancing on a glass ceiling

Edwards spent years training for traditionally male ballet roles, but it was beginning to feel too limiting, he says. What he really wanted to do was to dance en pointe, the technique where you dance on the tips of your toes using special ballet shoes.
Ed Avant Photography

Classical ballet has long embraced stereotypical ideas about masculinity and femininity. Dances were often based on fairy tales with princesses and princes. There are the rare men who dance women’s roles, such as the ugly stepsisters in Cinderella and the Les Ballets Trockadero de Monte Carlo, an all-male drag troupe.

These productions have been for extreme comic effect, says Peter Boal, the artistic director for the Pacific Northwest Ballet. What is unique about Edwards, he says, is that he is a man doing serious en pointe work in a professional ballet setting.

“Ashton led us there,” says Boal, speaking of Edwards’ request to study en pointe. “Ballet can be a little bit slow. We said, ‘Why not? Lead us and we will work with you.’ ”

And lead he did.

Dancers typically train for years before they are ready for en pointe shoes that tightly encase the feet. That’s because it requires strength and technique to rise from a flat foot position to standing on tip toes. En pointe shoes, which elongate the legs, make it possible for dancers to balance and spin, creating a sense they are momentarily suspended in air.

“They’re difficult,” says Edwards, referring to his en pointe shoes that he calls his two torture boxes. “They have their challenges. But once you’re up and once you start dancing, you’re floating, and it feels like flying I think. It’s amazing.”

Ballet itself is evolving. Choreographers are restaging classical ballets and incorporating modern dance techniques. They are embracing diversity, especially in terms of color, in order to be relevant as well as to attract a younger audience.

It’s more accepted now for ballerinas, who were valued for their long, thin bodies and ability to pirouette, to display greater athleticism. For that reason, many professional female dancers now take men’s dance classes for strength training and to improve their jumps. Male dancers are discovering the benefit of learning the more refined movements traditionally taught in the women’s classes.

“It’s really exciting to see choreographers nowadays blurring the lines of gender binary and sexuality,” says Edwards. “We see men dancing with men and women dancing with women. And it doesn’t always have to be a love connection. It can just be a partnership.”

As ballet changes to better reflect the real world, dancers of different colors, body types and sexuality see there’s room for them in the professional dance world.

“Ballet has been known for a little bit of time to be this dying art form,” says Edwards. “But I think there’s a future because it’s changing and it’s evolving. And I think that’s beautiful.”