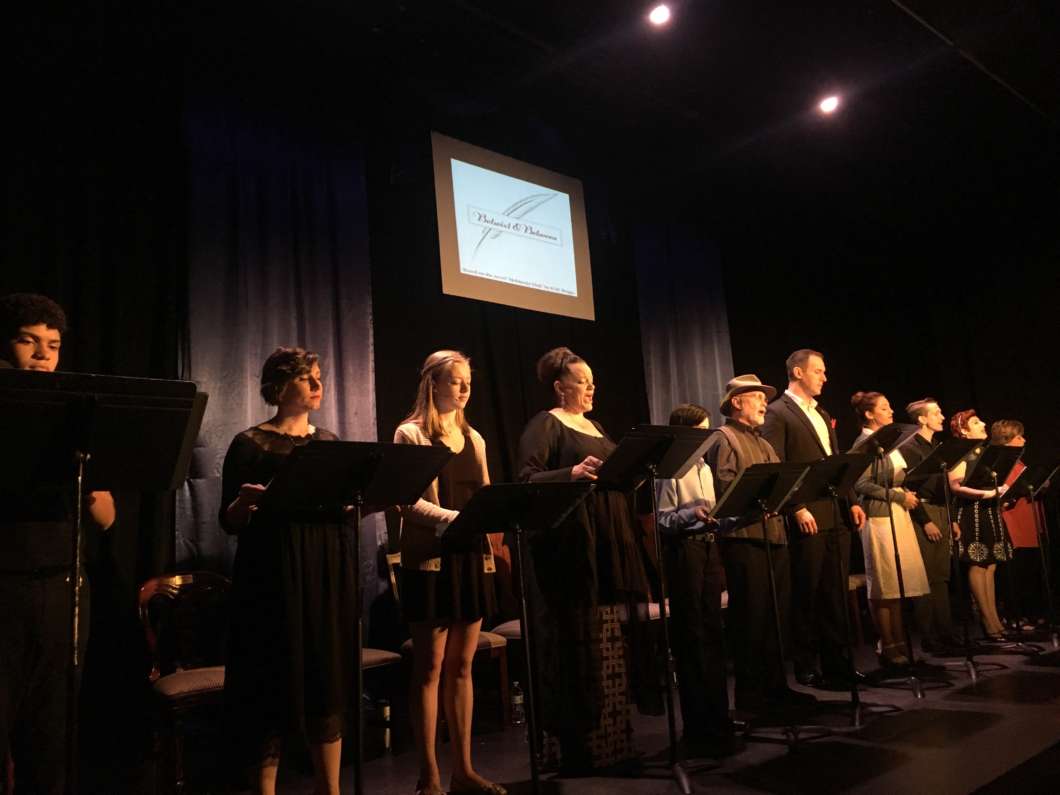 Singers performing in "Betwixt and Between" at The Winter Park Playhouse. Photo by Jordyn Markhoff

Six brand new musical works will take the stage today at the Florida Festival of New Musicals in Winter Park.

Producers from New York and artistic directors from all over Florida will be in the audience.

“This year we have a very eclectic mix of styles, musical styles. The story lines, each one is completely different,” said Alan.

Producers may choose to organize any of these musicals into a full production.

“If you’re an author and a composer you may sit down in your apartment with some friends or some neighbors and read through something, but to have professionals actually singing it and reading it, it gives them a different perspective. And then there’s the feedback that they get from the audience afterwards which becomes very valuable to them.”

The festival is at The Winter Park Playhouse June 20-23.