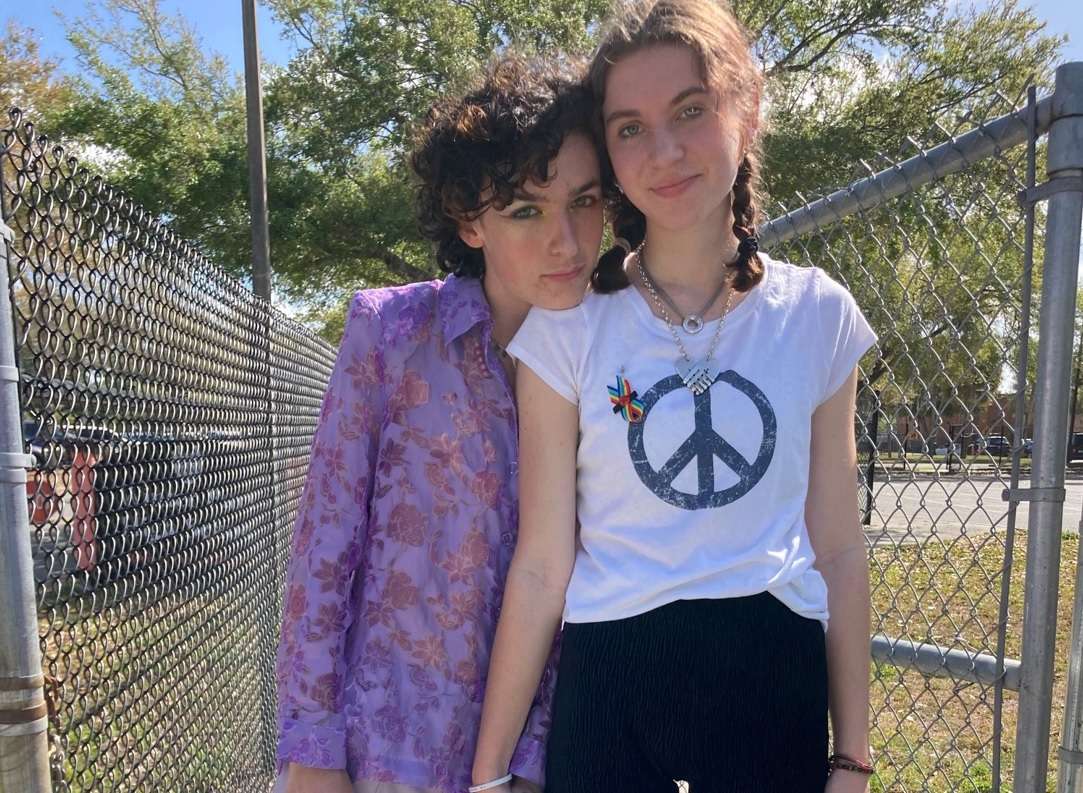 Across the state, K-12 students have been staging protests and walkouts over anti-LGBTQ legislation.

WMFE’s Danielle Prieur was at Winter Park High School as students walked out on Monday in protest of the legislation.

Hundreds of students poured out of Winter Park High School to protest anti-LGBTQ legislation and policies on Monday including the “Don’t Say Gay” bill and book banning.

They carried signs that read “protect trans kids” and “our existence is not immoral,” and waved giant rainbow flags as they chanted, “We say gay! We say gay!”

Will Larkins is a junior and is leading the way.

“This is a peaceful demonstration to show the Florida legislature that what they are doing does not represent us. Power to the people,” Larkins says.

Larkins says he’s traveled to Tallahassee multiple times to speak with legislators about why LGBTQ kids like him need more protections in school. He says he’s been physically threatened by classmates because of his sexuality.

Larkins says regardless of the future of anti-LGBTQ bills in the Florida House and Senate, the damage has already been done.

“Ron DeSantis and the Republicans in the Senate and Senator Baxley and everyone who’s contributing to these anti-diversity bills are giving these hateful, awful, bigoted people a voice, they’re validating their thoughts and beliefs, which should not be validated,” Larkins says.

Maddi Zornek, also a junior and Larkins’ friend, says people need to keep speaking up long after this session ends, to counteract this anti-LGBTQ hate.

Zornek points to the upside down rainbow pin she’s wearing on her shirt.

Zornek says she’s an ally, but this issue is particularly close to her heart as her big brother is gay.

“I’ve grown up with LGBTQ people around me, my brother is gay. So seeing him go through this and seeing the hate towards that community really upsets me. And this is not right. This is not moral. It’s not constitutional,” Zornek says.

Larkins and Zornek’s high school drama teacher Ms. J. Marie Bailey, says she’s especially proud of her students because of the walkout. Bailey also happens to be the parent of a transgender kid.

“This generation is phenomenal. And what I think some parents are not understanding is the power that these kids understand. They’ve been living through school shootings. Testing, that’s really really putting a lot of pressure on them mentally, physically. And for them to fight back in a very safe way is really awesome,” Bailey says.

But Bailey says the constant onslaught of legislation that’s making it harder for her to protect and teach all of her students, whether that’s the “Don’t Say Gay” bill or the “Stop Woke Act,” is making her reconsider her profession.

Bailey says maybe it’s time for her to run for office instead.

“There’s a lot of legislation coming down that is continuing to dismantle the beautiful profession of education. I love my students, but I can not feel safe and free to do what I need to do with my students with all this legislation,” Bailey says.