William Shatner, of ‘Star Trek’ fame, is back from space after Blue Origin flight 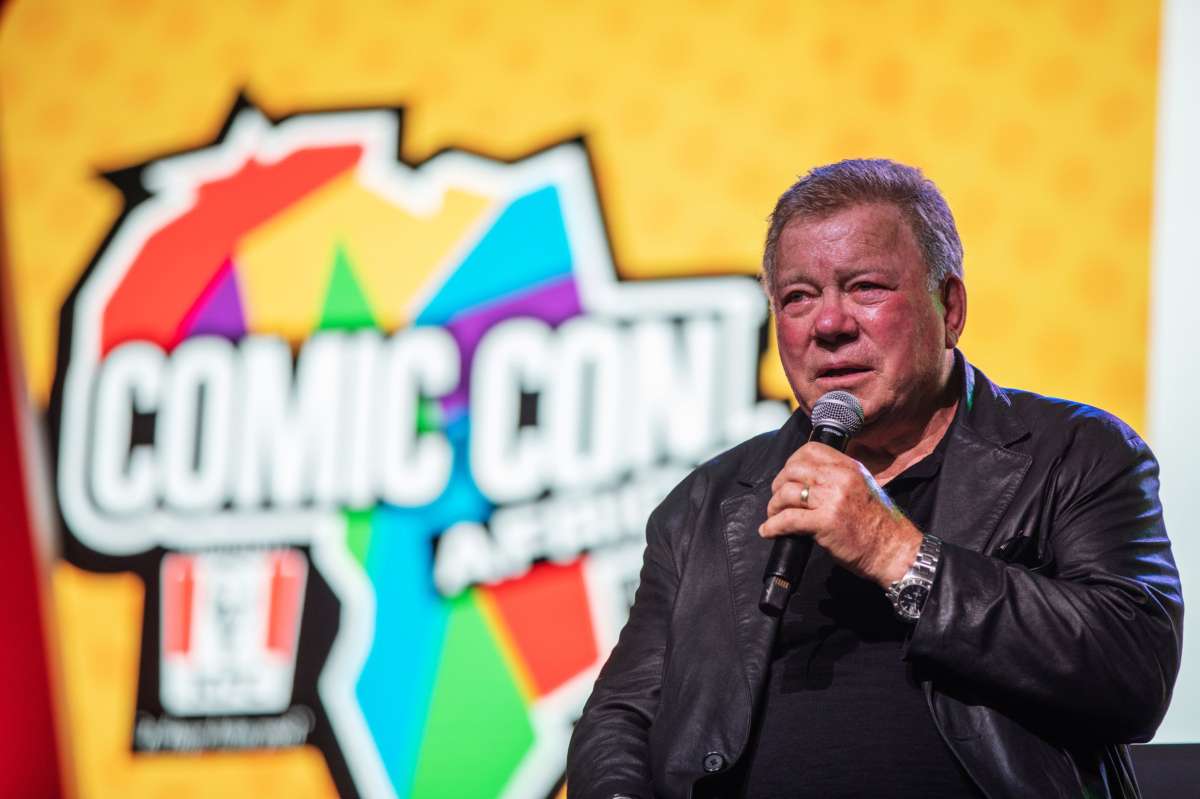 Canadian actor William Shatner, who became a cultural icon for his portrayal of Captain James T. Kirk in the Star Trek franchise, speaks from the stage at the second edition of the multi-genre entertainment comic and fan convention 'Comic Con Africa' in Johannesburg on September 21, 2019.
Image credit: MICHELE SPATARI

Blue Origin’s second human spaceflight has returned to Earth after taking a brief flight to the edge of space this morning.

Among the four passengers on board — there is no pilot — was William Shatner, the actor who first played the space-traveling Captain Kirk in the Star Trek franchise.

“I’m going up into space. I don’t know how many people who can say that,” Shatner said in a promotional video tweeted by Blue Origin before the launch.

“And it looks like there’s a great deal of curiosity about this fictional character, Captain Kirk, going into space. So let’s go along with it and enjoy the ride,” he added.

At age 90, Shatner is now the oldest person to fly into space.

The rocket, New Shepard, took off around 9:50 a.m. CT from a launch site near Van Horn, Texas.

Billionaire Amazon founder Jeff Bezos, who owns Blue Origin, was on site for the launch and shook the hands of all four passengers as they boarded New Shepard. The rocket is named after American astronaut Alan Shepard.

The entire journey lasted about 10 minutes. On part of the trip the four passengers experienced weightlessness.

Blue Origin launched its first human spaceflight in July, with Bezos and three others onboard.