William Shatner is bound for space, but the rest of us will have to wait 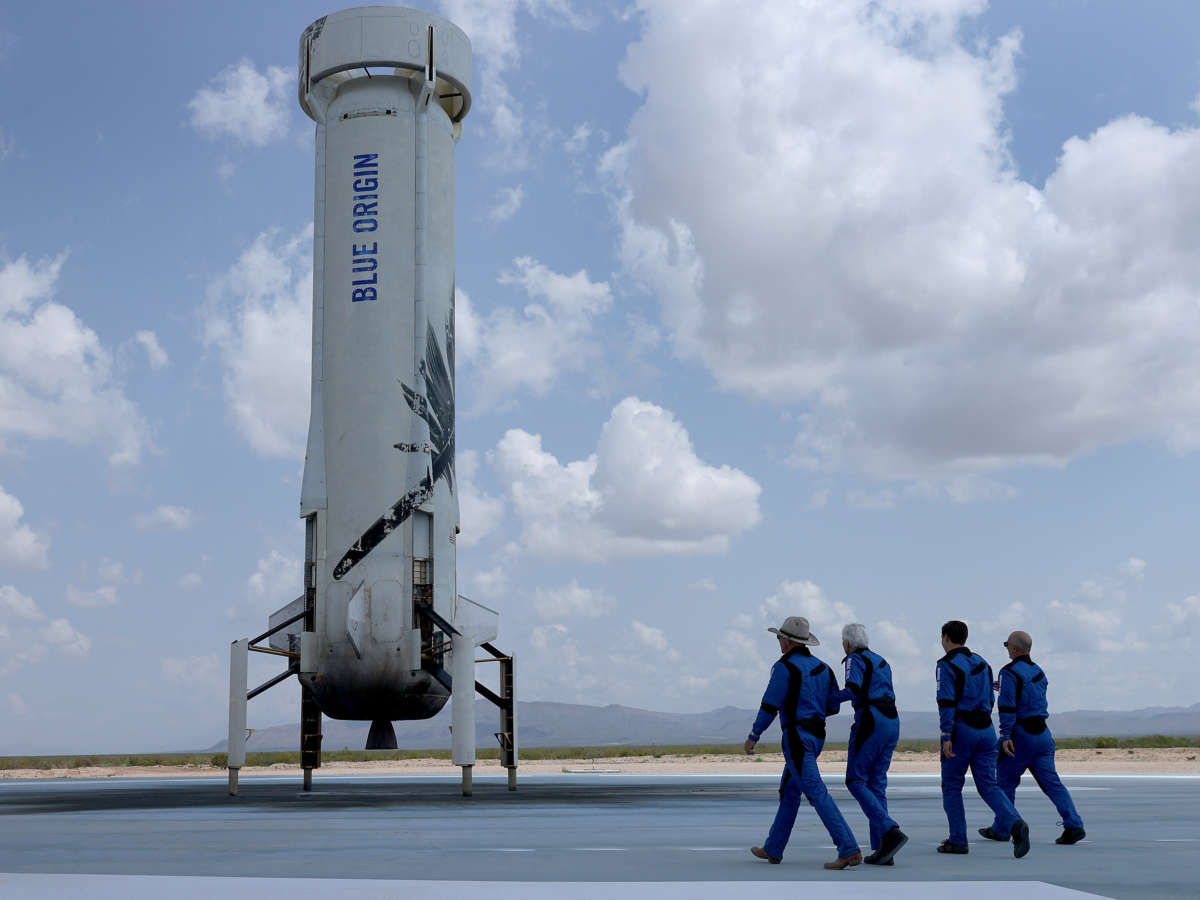 Space companies like Blue Origin are grabbing headlines with the promise of a new era of space tourism, mostly recently with the plan to send William Shatner to the edge of space. But unless you're lucky, space is still out of reach for most of the public.
Image credit: Joe Raedle

Star Trek’s Captain Kirk is about to boldly go where hundreds of others have gone before, continuing a decades-long tradition of space flights for non-astronauts who are wealthy or famous or well-connected — or all of the above.

As for ordinary folks without deep pockets — well, the final frontier might be opening up a just a bit, but opportunities still basically come down to contests and luck.

Space for the few

Actor William Shatner is scheduled to blast off Wednesday morning on a quick trip to the edge of space and back, riding in the capsule developed by Blue Origin, the space company founded by billionaire Jeff Bezos.

The 90-year-old actor, who will be the oldest person to reach space, has said he feels “terrified.” Shatner’s reportedly going as a guest rather than as a paying customer.

“I do think it’s classic marketing,” says Joseph Czabovsky, an associate professor of public relations and marketing at the University of North Carolina at Chapel Hill.

Whenever a new product or service makes a splash, like the first Blue Origin flight did this summer, he says, companies have to figure out how to keep the public’s attention.

“William Shatner makes sense in that here’s a celebrity that made their claim to fame on traveling in space,” says Czabovsky. “It’s like a one-time, kind of kitschy branding opportunity.”

But even though a celebrity like Shatner can generate headlines, says Czabovsky, this kind of marketing stunt does run the risk of reinforcing the perception that spaceflight is just for the privileged few.

After all, one seat on Blue Origin’s first flight was auctioned off for $28 million. Czabovsky recently worked on a poll that found about 80% of U. S. residents saw the recent launches as “billionaire ego trips.”

“You have that kind of cynicism, negativity, maybe realistic understanding of what is going on,” he says.

Despite that, that poll also showed that people generally felt positive about space travel’s potential for humanity, says Czabovsky.

More than half said the recent private spaceflights made them believe that one day soon, ordinary people will be able to go to space.

That’s long been the promise of both real-life space travel and science fiction shows like Star Trek. In the early days of the Space Age, astronauts famously had to have “The Right Stuff“; they were mostly military pilots. But the possibility of space vehicles someday becoming more like airlines didn’t seem so farfetched.

A brief history of ordinary folks in space

When NASA’s space shuttles began flying in the 1980s, all kinds of VIPs started lobbying to go as passengers, says Alan Ladwig, author of See You In Orbit? Our Dream of Spaceflight.

A task force ultimately decided that flying a non-astronaut would be OK for NASA to do, for public education purposes. That’s why, in 1984, President Ronald Reagan said he was directing NASA “to chose as the first citizen passenger in the history of our space program, one of America’s finest: a teacher.”

Ladwig, who managed NASA’s program for citizens in space, remembers going on Late Night with David Letterman to talk about it. “I said the first spaceflight participant program would be the teacher,” he recalls.

The very next day, however, he was stunned to see a newspaper report that Senator Jake Garn, who chaired the committee that oversaw NASA’s budget, would be flying in space.

NASA ultimately flew not just Garn, but also another member of Congress, Bill Nelson, who is now the head of NASA. Both went up before the 1986 space shuttle Challenger disaster, which killed the whole crew, including teacher Christa McAuliffe. She had participated in a nationwide contest to select the first teacher and had received widespread publicity; millions of Americans watched the tragic explosion.

“There was some criticism out of Congress, some media, that, well, this just shows space is too dangerous for an ordinary citizen,” recalls Ladwig, who says NASA canceled plans to fly a journalist in space.

After that, NASA only flew professional astronauts, with the exception of John Glenn, a former astronaut and the first American to ever orbit the Earth. When Glenn said he wanted to fly again at the age of 77, NASA gave the go-ahead.

“The media turned out in droves for that mission, the public loved it,” says Ladwig, noting that Glenn was a national hero.

For people who weren’t astronauts or national heroes, the only way to get to space, for years, was paying millions of dollars to Russia.

The Russian space agency has sold trips to orbiting space stations to a TV journalist from Japan, a bunch of businessmen turned space tourists, and just last week, an actress and movie director.

Now, though, Russia has competition from U. S. companies. Virgin Galactic and Blue Origin both offer up-and-back jaunts that have a few minutes of weightlessness. And Space X has a capsule that can orbit the planet for days.

This year, flights operated by these firms have taken a motley assortment of people to space — what Saturday Night Live recently called “random weirdos” in a skit that parodied both Star Trek and rich space entrepreneurs.

Just a couple of days later, Blue Origin announced that it was taking up Shatner.

The SpaceX flight in September that made history by having no professional astronauts on board was bankrolled by a billionaire Jared Isaacman. But he offered up three seats to support St. Jude Children’s Research Hospital in Memphis, which allowed a physician assistant from the hospital to go, as well as a community college professor who won a contest and a data engineer whose friend won a fundraising sweepstakes.

One nonprofit, called Space For Humanity, is trying to raise money to sponsor space trips for people from all over the world who might otherwise never be able to afford them.

“We are now at this cusp of a new era in space exploration, where more and more people are going to have access to this experience,” say Rachel Lyons, executive director of the group, who says seeing the Earth from space can have a transformative effect. “We believe that it’s our responsibility to use this advancement in technology for the good of all.”

She says right now, space is just “not accessible to 99.99% of humanity,” and that about 4,000 people from over 100 countries have applied to their program.