Will Taliban Rule Be Any Different This Time? 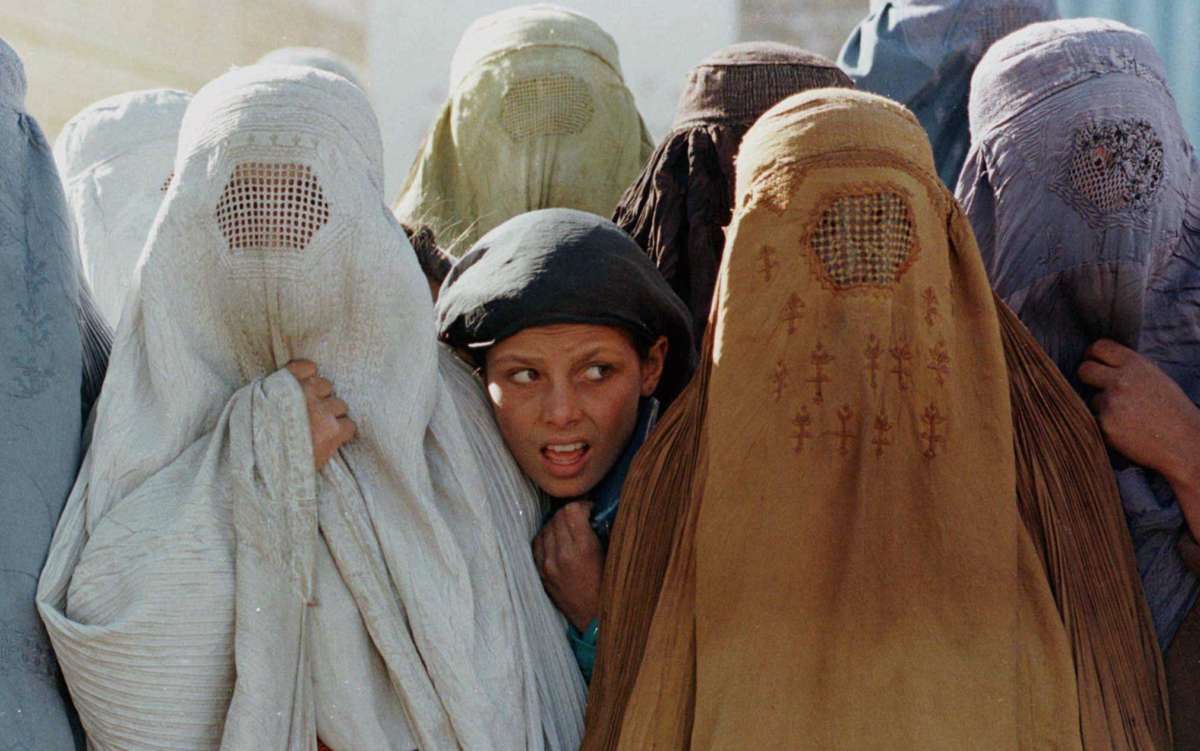 A young girl peers out from a group of Afghan women at a Red Cross distribution center in 1996. During the Taliban's harsh rule from 1996-2001, women were not allowed to work and girls were not allowed to go to school. Many Afghans fear the Taliban will reimpose many of the same or similar policies now that they have seized the capital.
Image credit: SANTIAGO LYON

The last time the Taliban rolled into Kabul and took control of Afghanistan, back in 1996, they immediately established a reputation for harsh rule and brutal tactics.

Public executions were carried out by stoning at a soccer stadium. Women were barred from work, and girls from school. Television, videos and music were banned. Men were beaten if they didn’t pray five times a day or cut their beards.

The Taliban quickly alienated many Afghans, who now fear more of the same with the group seizing control of the capital on Sunday.

So have the Taliban changed in the 20 years since they were forced from power in 2001?

Many analysts say the Sunni Muslim group is more conscious of the public image it presents to the world. But the Taliban have given no sign they’ve changed any of their fundamental beliefs, which call for strict, uncompromising Islamic law as they interpret it.

“I was very hopeful that once the Taliban entered into negotiations with the Americans last year, that they had changed and that they understood the importance of legitimacy in foreign relations and treating women with more respect,” said Ahmed Rashid, the Pakistani journalist and author who has covered the Taliban since they were established in 1994.

“That older generation of Taliban, the ones I knew in the early 1990s, have, in fact, become more educated, more cultivated,” said Rashid, the author of Taliban: The Story Of Afghan Warlords.

However, “the younger commanders are much more fiercely Islamic and radical,” he told NPR. “They’re very proud of the way they treated women and education and the rest of it. And that really is a huge tragedy because these commanders led the charge up to Kabul. So you can’t ignore them. And the elder elder generation of Taliban can’t ignore them either.”

The Taliban haven’t made concessions

As recently as last week, the Taliban were negotiating with the U.S. and several other countries in Qatar. But there was no indication the group was willing to make concessions as it surged ahead on the battlefield.

Over the past year, the Taliban has pledged to do some things differently, such as allowing girls to go to school, and breaking ties with al-Qaida.

But these promises are being met with deep skepticism.

“The Taliban and al-Qaida are so integrated, they’re so interwoven, they’re literally intermarried. Al-Qaida made a deliberate effort to intermarry their fighters into Taliban families,” said Doug London, a former CIA officer who was in charge of counterterrorism in Afghanistan when he retired in 2018.

U.S. officials say al-Qaida and ISIS have been greatly weakened globally, though both have a limited presence inside Afghanistan that could be revived.

Author Peter Bergen believes the Taliban takeover will inspire extremists around the world.

“People are going to get excited about this. And they’re going to say, ‘Hey, the jihadis won. They defeated the superpower.’ That’s going to be a big rallying cry for people who are interested in this ideology,” said Bergen, author of the new book, The Rise And Fall Of Osama Bin Laden.

Bergen said he’s concerned that a Taliban victory could recreate what happened a few years back when the Islamic State captured territory in the Middle East.

“When ISIS ran a lot of Iraq and Syria, there were a lot of Westerners who volunteered to go and fight,” he said. “Here we have the Taliban doing something not dissimilar in Afghanistan. I anticipate a lot of problems for Western states.”

During the Taliban’s five years in power, the group did learn how difficult it was to rule a poor country while being ostracized by the international community. The Taliban have been reaching out recently to countries that could provide help, including China and Russia.

But the U.S. and its allies are unlikely to provide assistance to a Taliban government in the near term.

After reaching the capital Sunday, Taliban members entered the presidential palace and gave interviews. They set up checkpoints around the city and reportedly began confiscating weapons from civilians.

The Taliban also told government employees to go to work, and promised amnesty for those who agreed to stop fighting. But the group did not immediately issue any broad declaration on how it intends to rule.

Greg Myre is an NPR national security correspondent who first reported from Afghanistan in 1993. Follow him @gregmyre1.