Why Voters Will Be Facing So Many ‘Bundled’ Amendments, Explained 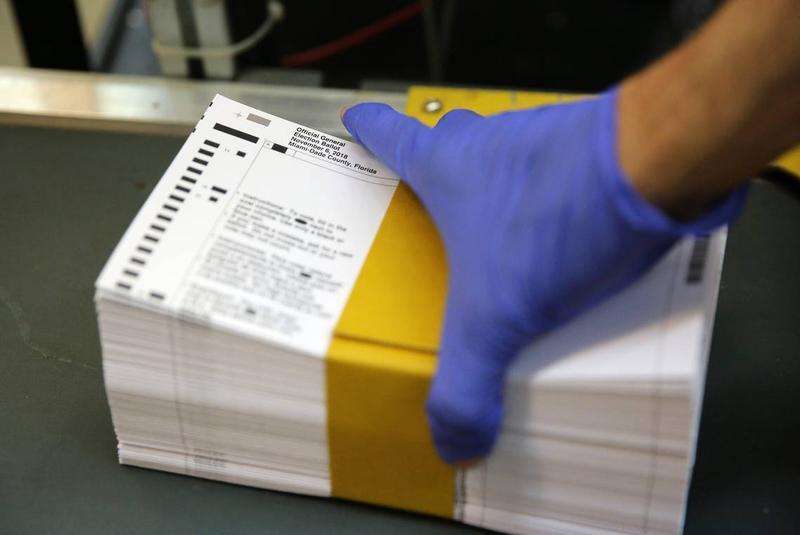 As voters across Florida gear up for early voting for the November elections, and as some ballots have already been shipped out to overseas voters, one question is being repeated over dinner tables and text message chains: “How should I vote on this amendment that is asking me three different questions at the same time?”

Several of the amendment items brought forward by the Florida Constitutional Revision Commission are “bundled” in this way. The Commission meets every twenty years to suggest changes to the state constitution. It’s a quirk of Florida politics; it’s the only state that has this kind of commission.

“It puts the voter in a terrible position,” Ellen Freidin, a prominent Coconut Grove-based attorney who served on the commission in 1998, says of the practice. “It’s highly likely when you have multiple things in one amendment that a voter is going to be in favor of one thing and not in favor of the other.”

Some of the ballot items group things like changing the structure of the state college system with giving more death benefits to the families of first responders and military; or banning both offshore drilling and vaping in the workplace.

Bertha Henry, the top administrator of Broward County, is pushing back against Amendment 10. The amendment would require Broward, Miami-Dade and Volusia counties to elect certain officials that are currently appointed, affecting their “home rule” charters. Also in that amendment are questions about adding an “office of domestic security and antiterrorism” and the Department of Veteran Affairs to the constitution, even though those two state offices already currently exist.

Those other parts of the amendment might prove popular, and provoke voters across the state to make a choice that would drastically change home rule in Broward County, just because they want to support veterans and fight terrorism, Henry says.

“It’s sandwiched in between motherhood and apple pie,” she says.

“Who doesn’t like veterans and who doesn’t want additional homeland security?” says Miami-Dade Mayor Carlos Gimenez. “Everybody wants that and now you stick this thing in the middle. I think it’s patently unfair because now you’re forcing me to vote against some other things which I think would be good.”

Fredin says there might be a methodology to how this came to be.

“I think that what the Constitution Revision Commission did is it packed things that it thought would be popular along with things that it really wanted but thought wouldn’t be popular. And that is in an effort to get the less popular but more urgent things to them passed,” says Freidin. “They didn’t stumble into this, it was all done very purposefully.”

She partly blames this on the fact that Florida is effectively a one-party state.

Twenty years ago, when the Florida Constitutional Revision Commission met, the state was a different political landscape. Then-Governor Lawton Chiles was a Democrat. House Speaker Daniel Webster and Senate President Toni Jennings, both Republicans, were in office. Gerald Cogan, the chief justice of the state Supreme Court, was appointed by a Democrat, and the Attorney General Robert Butterworth was a Democrat.

All of these officials, with the exception of the attorney general, make appointments to the Florida Constitutional Revision Commission, the body that sends voters suggested changes to the state constitution. The attorney general automatically gets a seat on the body.

“In other words, almost half the commission was Republican, and just one vote above half was Democratic,” says Freidin, who was on the 1998 commission. “Anything that got passed through that Constitution Revision Commission had to be seriously debated, compromises had to be made, and it had to be something that was agreeable on a bipartisan level.”

Today, 100 percent of those appointing seats are held by Republicans or in the chief justice’s case, Republican elected officials. And to Freidin’s mind, that can make things look political. And it could partly explain why some ballot items that the Commission decided upon that voters will be facing in November have multiple, seemingly unconnected questions under one yes or no question.

Not so, say members of this year’s commission. They were just following a tradition that Freidin was a part of herself.

“They’ll read through these proposals, they’ll vote them up or down,” he says. “I just hope people don’t just vote no because they’ve heard that the process was somehow inappropriate.”

There were two main considerations when the commission was deciding how to group items.

“When we first started meeting we all came to the table with ideas of how things might be grouped and everything really had a somewhat of an axis or natural connection,” says Anna Marie Gamez, a Miami-based attorney who worked on the language for the 2018 amendments. For instance, the question about banning offshore drilling and vaping in the workplace makes sense because, “If you look at it from ‘let’s make our environment more friendly and protect our state and protect our citizens’ — I think that you can kind of see why they would have fit together,” says Gamez.

The other consideration the Commission considered was ballot length. Some ballots in the state might run as long as twenty pages, with federal, state and local elections, coupled with county, municipal and state referendum items.

“Let’s try to see if there is a way that we can put things together that make sense that we can just make this shorter and easier for people,” says Gamez, explaining the thinking process.

Only ballot items that come from citizen initiatives are subjected to the “single-subject rule” of ballot initiatives, says Timothy Mclendon, a law professor at the University of Florida. That’s because citizen initiatives don’t have the same public process as the Constitutional Revision Commission, the Tax and Budget Reform Commission or the legislature.

“There’s no ability for the public to help shape [citizen initiatives] even, in a meaningful way,” says Mclendon, other than signing or not signing a petition. “You don’t get to comment and participate in the process like you can in the other more political ways the constitution is amended.”

But all ballot items are still bound to present the proposed changes to the constitution with clear titles and language. And that can bring its own issues. “The more you infold different, disparate subjects, that can really be a challenge there,” says Mclendon.

The Florida Supreme Court tossed Amendment 8 from the ballot because it agreed with a trial court that the way the language was written was “affirmatively misleading” for voters. One of the questions in the amendment would have allowed the state to start its own charter schools, but the word “charter school” was nowhere to be found in the language.

Last week the Florida Supreme Court overturned a decision from a lower court that ordered three other bundled questions to be removed from the ballot. The decision was unanimous, but three of seven Supreme Court Justices agreed that the Florida Constitutional Revision Commission “improperly bundled multiple, independent and unrelated proposals.” They said the legal filing that was used to make that argument was not proper.

In a concurring opinion that was signed by two of her colleagues, retiring Justice Barbara Pariente offered two words to people who will be facing the bundled questions on the November ballot: “Voters beware!”