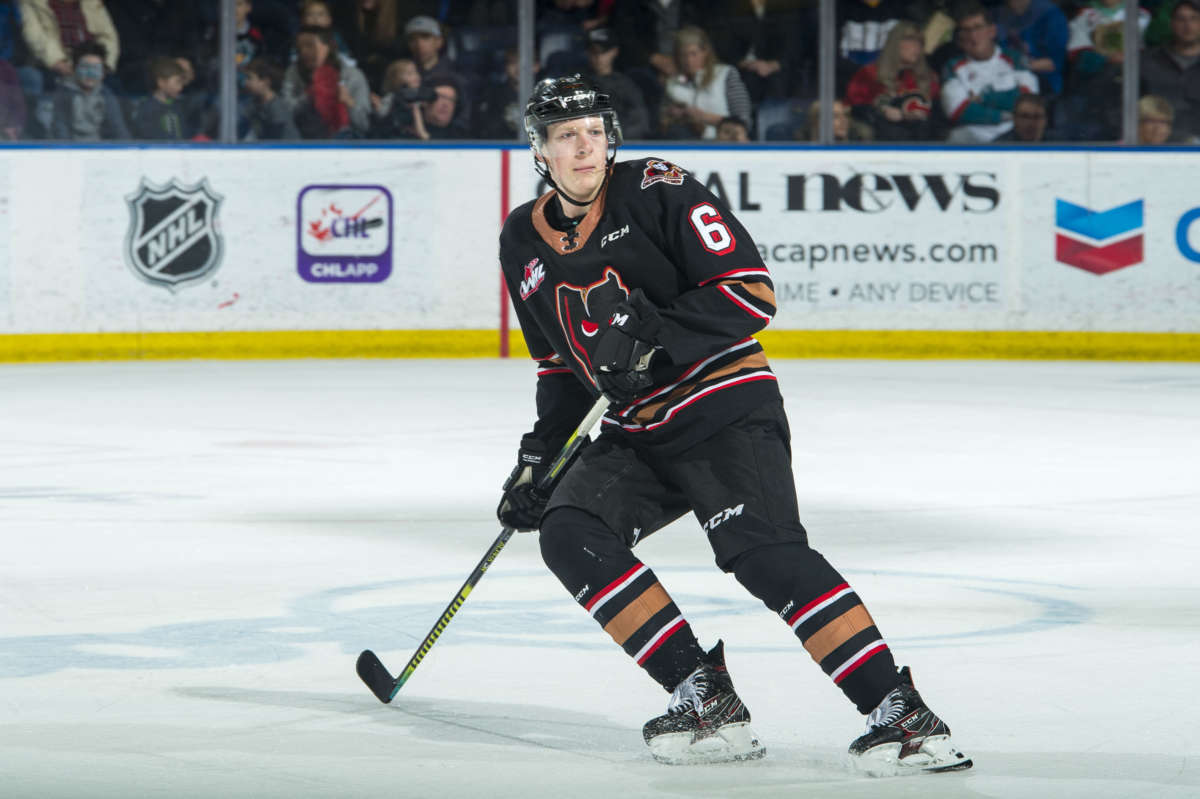 When Nashville Predators prospect Luke Prokop came out this week, it was the first time an active player under contract to an NHL team had ever publicly acknowledged they were gay.

The back-to-back announcements were met with an outpouring of support from fellow players, teams, league officials and fans.

They also highlighted the dearth of openly gay players in the hypermasculine world of U.S. men’s professional sports, often dubbed “the last closet” for its lack of LGBTQ representation. Though many retired former players have come out, it is more unusual for male professional athletes to say they are gay while still playing.

“This is an example of the broader society changing much quicker than the institution of sport or the cultures of sport have done,” said Cheryl Cooky, a professor of American Studies and Women’s, Gender, and Sexuality Studies at Purdue University.

Part of the reason for the lack of out gay players in men’s professional sports could be that there are just fewer of them in the game.

Rory Magrath, a researcher at Solent University in England, has suggested that it’s possible gay men are underrepresented in professional sports.

A 2018 study of youth sports in British Columbia, Canada, found that “sexual minority” students were less likely to participate in sports than their heterosexual peers.

That could be due to the masculine culture at the center of these major sports, experts say, creating an environment that is less welcoming to gay athletes.

Cooky also pointed to the recent wave of bills introduced in state legislatures across the country aiming to bar transgender girls from participating in female sports.

They risk criticism for coming out

For those professional athletes who do come out, many have received support. Magrath helped author a study that found that male athletes who came out as gay while still playing sports were largely met with acceptance by their teammates.

Robbie Rogers made history in 2013 when he took the field for the Los Angeles Galaxy after as the first openly gay player in professional U.S. soccer, calling the first game after his announcement “normal” and “really perfect.” (The Galaxy won 4-0.)

NBA player Jason Collins, who came out in 2013 while he was still playing in the league, later told NPR “it went great” when he described the period after announcing he was gay.

But that is not always the case. And professional athletes can risk damage to their career or worse for telling the truth about their sexuality.

After Michael Sam became the first openly gay athlete to be drafted into the NFL in 2014, then-Miami Dolphins safety Don Jones tweeted “horrible,” resulting in penalties and a suspension.

David Kopay, a former NFL running back who came out in 1975, was unable to land a professional coaching job after he announced publicly that he was gay.

According to Cooky, that points to a key difference between the cultures of men’s and women’s athletics.

Whether that will change after Nassib’s and Prokop’s announcements is still unclear. Cooky said she didn’t know what would change now, but she said she is not convinced that there’s been a “180 shift” in the overwhelmingly masculine culture of the four major men’s sports such that many more athletes will come out publicly.

“It might be more of a trickle than an opening of the floodgates,” she said.