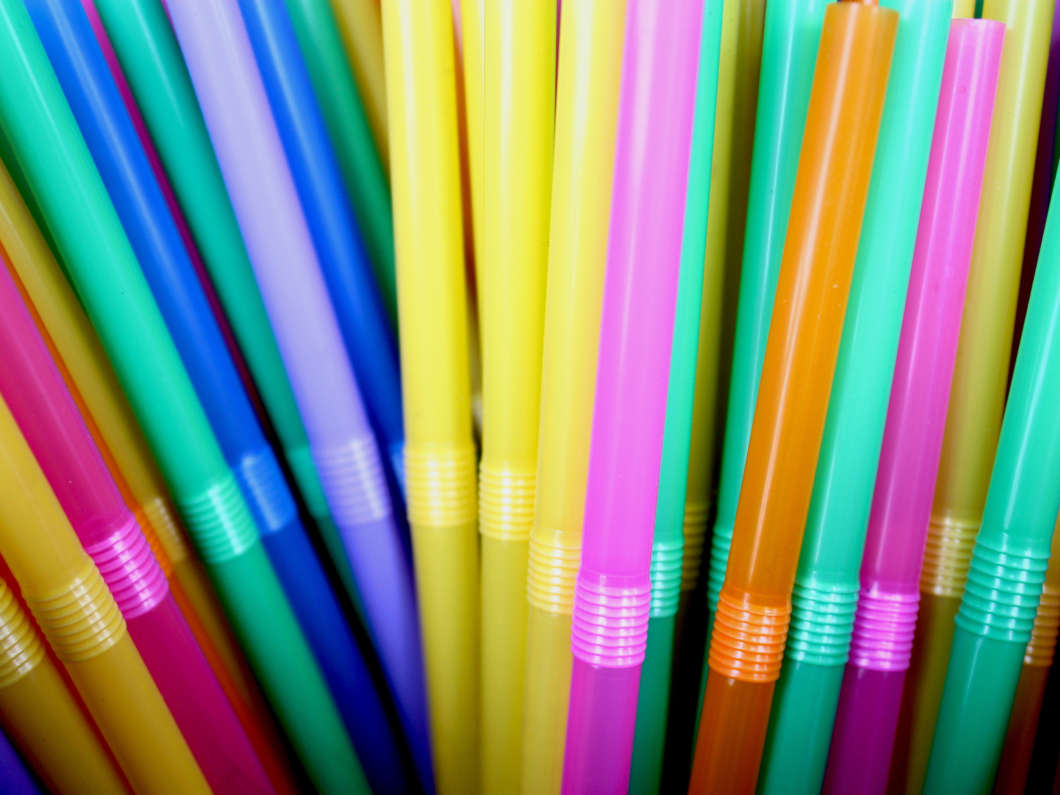 As cities and companies — including Starbucks — move to oust straws in a bid to reduce pollution, people with disabilities say they're losing access to a necessary, lifesaving tool.
Image credit: Thn Rocn Khosit Rath Phachr Sukh

It was a hot day at the zoo when Jordan Carlson’s son, who has motor-planning delays, got thirsty. “We went to the snack bar and found out they had a ‘no straw’ policy,” Carlson says. “It was a hot day and he couldn’t drink.”

Their only option was to leave the park and look for a business that sold drinks with a straw. Without one, her son can’t drink beverages. At home they use reusable straws and she tries to keep some on hand when they leave the house, but “I’m human and sometimes I forget,” Carlson explains. People with disabilities have to be much more conscious of what businesses and communities offer, Carlson says.

On social media, many people are ecstatic about the crush of cities and businesses pledging to ban plastic straws once and for all. Ever since a video showing a sea turtle with a straw stuck up its nose went viral, campaigns like #StopSucking for a strawless ocean have gained considerable traction. Seattle this month implemented a citywide ban on plastic straws, Starbucks announced on Monday that it will phase out the use of plastic straws by 2020, and many other municipalities and businesses are likely to follow suit. As one Twitter user posted, “My waiter asked “Now, do we want straws OR do we want to save the turtles?” and honestly we all deserve that environmental guilt trip.”

But for many people with disabilities, going without plastic straws isn’t a question of how much they care about dolphins or sea turtles; it can be a matter of life or death.

There are many alternatives to plastic straws — paper, biodegradable plastics and even reusable ones made from metal or silicone. But paper straws and similar biodegradable options often fall apart too quickly or are easy for people with limited jaw control to bite through. Silicone straws are often not flexible — one of the most important features for people with mobility features. Reusable straws need to be washed, which not all people with disabilities can do easily. And metal straws, which conduct heat and cold in addition to being hard and inflexible, can pose a safety risk.

“Disabled people have to find ways to navigate through the world because they know it was not made for us,” says Lei Wiley-Mydske, an autistic activist. “If someone says, ‘this does not work for me,’ it’s because they’ve tried everything else.”

“Also, what if you decide on the spur of the moment to go have a drink with friends after work but forgot your reusable straw that day?” adds Lawrence Carter-Long, communications director for the national Disability Rights Education & Defense Fund. “[That] doesn’t leave a lot of room for spontaneity — something non-disabled folks get to largely take for granted.”

On social media, many people have responded to claims that people with disabilities need plastic straws by asking what people did before plastic straws were invented. “They aspirated liquid in their lungs, developed pneumonia and died,” says Shaun Bickley, co-chair of the Seattle Commission for People with DisAbilities, a volunteer organization that’s supposed to advise the city council or agencies on disabilities issues.

How much plastic straw and stirrer pollution is out there? Scientific estimates vary. One report suggests they make up more than 7 percent of the plastics found in the U.S. by piece. By comparison, the same report found plastic bottle caps alone accounted for nearly 17 percent. But straws make up a much smaller percentage of pollution by weight.

Environmentalists have latched onto a figure stating that Americans use over 500 million plastic straws every day — a number that was derived from phone calls made by a 9-year-old boy in 2011. Despite its frequent repetition, there’s uncertainty over the accuracy of that figure.

In a post detailing how the plastic straw became the cause du jour for those who love the oceans, Dune Ives, executive director for the Lonely Whale Foundation, wrote, “We found plastic water bottles too endemic, plastic bags already somewhat politicized, and no viable alternative for the plastic cup in ALL markets.” So they chose plastic straws, a “playful” alternative and a “‘gateway plastic’ to the larger and more serious plastic pollution conversation.”

Most of the plastic in the ocean does come from land, says Darby Hoover, senior resource specialist for the Natural Resources Defense Council. She notes that because plastic breaks up into smaller and smaller particles, it can be hard to tell what it used to be in some cases.

“Straws are maybe not the biggest source of either plastic pollution or disposable plastic we consume, but they’re in there,” Hoover says.

And for many people who want to consume less plastic, she says, straws are low-hanging fruit.

Yet in general Hoover says that she’s wary of outright bans on things. “I personally think we as a country use way too many disposable water bottles. That said, there are times when I’m caught somewhere, don’t have a reusable bottle, and want the option to have water and not a sugary drink.”

“They key is breaking habits,” Hoover says. “Is something a habit because you truly need it or because you got used to doing it that way?”

Carter-Long says he’s sympathetic to environmental concerns about plastic pollution, but any public policy aiming to reduce the use of straws needs to make accommodations for people who might need them. Ideally, he says, “each restaurant owner [would] follow their own conscience, maybe keep a stockpile of plastic straws in their store rooms for people to use who need them.”

A spokesman for Seattle Public Utilities confirmed to NPR that the city’s new plastic straw ban does include a waiver allowing restaurants to give disposable, flexible plastic straws to customers who need them for physical or medical reasons. But Carter-Long and Bickley say there doesn’t seem to be widespread awareness of the exemption. Bickley says he asked over a dozen Seattle chain restaurants – including McDonald’s and Chipotle – “if they had plastic straws available for people with allergies or need, and they told me no.”

And just because an exemption is written into law doesn’t mean businesses will comply, even if they know about it. “So many businesses try to get around already ignoring things with ADA [the Americans With Disabilities Act] until someone says, ‘I need a ramp or wider hallway or ramp in bathroom or Braille menu,’ ” says Jordan Carlson. “Sometimes you need to bring a lawsuit just to have your voice heard.”

Although Bickley serves on a commission that is supposed to advise Seattle’s city agencies on disability issues, he says no one consulted the group before passing the plastic straw ban.

Dianne Laurine, who lives in Seattle, has cerebral palsy, is quadriplegic and has no use of her extremities. “She is old enough to remember a time before plastic and everybody just used rubber straws,” Laurine’s caretaker, Bill Reeves, says on her behalf, since she has a severe speech impediment.

“They ended up being disgusting, hard to clean. The advent of plastic in the 1950s changed her life,” Reeves says.

When asked what it felt like when the straw ban went into effect without consulting those with disabilities, Laurine audibly repeated one word, “Awful. Awful. Awful.”

“You’re putting this burden on disabled people to come up with a solution. You’re not asking companies that manufacture straws to come up with a version that works for us,” autism activist Wiley-Mydske says. “You won’t even take the bus instead of driving your car somewhere,” she says, adding, “How many of you are willing to die for the environment?”

Tove K. Danovich is a journalist based in Portland, Ore.