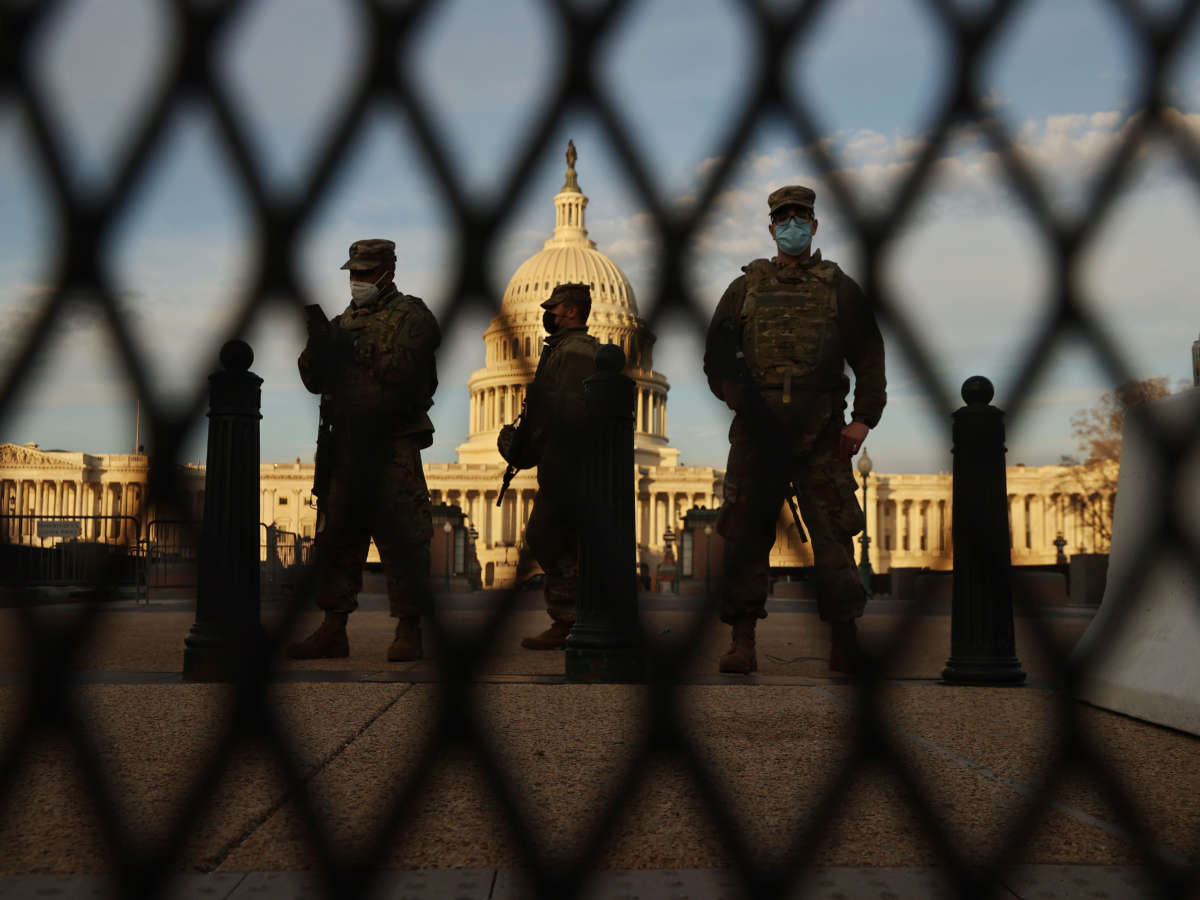 As we approach inauguration day, exactly two weeks after the Capitol insurrection, Americans are on edge. About twenty thousand National Guard soldiers will provide security tomorrow; more troops than in Iraq and Afghanistan. Our political situation feels shaky and our institutions fragile. It’s like we’re living in a bad Tom Clancy novel. We couldn’t reach Tom Clancy, so we called up the authors of Why Nations Fail instead. We wanted to figure out if the insurrection is a sign our nation is failing, and, if so, if there’s anything we can do about it.

“I don’t think January 6th was a singular day of failure,” says MIT economist Daron Acemoglu, who co-authored the book with University of Chicago economist James Robinson. “What surprises me is why it took until January 6th.”

Drawing on decades of economic research, Why Nations Fail argues that political institutions — not culture or natural resources or geography — explain why some nations have gotten rich while others remain poor. A good example is North Korea and South Korea. Eighty years ago, the two were virtually indistinguishable. But after a civil war, North Korea turned to communism, while South Korea embraced markets and, eventually, democracy. The authors argue that South Korea’s institutions are the clear reason why it has grown insanely more rich than North Korea.

Nations like South Korea have what Acemoglu and Robinson call “inclusive institutions” — like representative legislatures, good public schools, open markets, and strong patent systems. Inclusive institutions educate their populations. They invest in infrastructure. They fight poverty and disease. They encourage innovation. They are far different from the “extractive institutions” found in countries like North Korea, Venezuela, and Saudi Arabia, where small groups of elites use state power for their own ends and prosper through corruption, rent-seeking, or brutally forcing people to work.

When Acemoglu and Robinson wrote Why Nations Fail almost a decade ago, they used the United States as an institutional success story. They acknowledge the nation has a dark side: slavery, a genocide of Native Americans, a Civil War. But it’s also a creature of the Enlightenment, a place with free and fair elections and world-renowned universities; a haven for immigrants, new ideas, and new business models; and a country responsive to social movements for greater equality. Lucky for America — and its economy — its inclusive institutions have had a helluva run.

So, almost ten years later, how do Acemoglu and Robinson feel about American institutions now? “US institutions are really coming apart at the seams — and we have an amazingly difficult task of rebuilding them ahead of us,” Acemoglu says. “This is a perilous time.”

Acemoglu and Robinson see the rising tide against liberal democracy in America as a reaction to our political failure to deal with festering economic problems. In their view, our institutions have become less inclusive and our economic growth now benefits a smaller fraction of the population. Some of the best economic research over the last couple decades confirms this. Wage growth for most has stagnated. Social mobility has plummeted. Our labor market has been splitting into two, where the college educated thrive – and those without a degree watch their opportunities shrivel, after automation and trade with China destroyed millions of jobs that once gave them good wages and dignity.

Acemoglu and Robinson believe that, while factors like the transformation of our media landscape play a role, these economic changes and our political institutions’ failure to grapple with them are the primary cause of our growing cultural and political divides. “As opposed to some of the left, who think this is all just the influence of big money or deluded masses, I think there is a set of true grievances that are justified,” Acemoglu says. “Working class people in the United States have been left out, both economically and culturally.”

“Trump understood these grievances in a way the traditional parties did not,” Robinson says. “But I don’t think he has a solution to any of them. We saw something similar with the populist experiences in Latin America, where having solutions was not necessary for populist political success. Did Hugo Chavez or Juan Perón have a solution to these problems? No, but they exploited the problems brilliantly for political ends.”

For Acemoglu and Robinson, more democracy is the answer to our political and economic problems. In a gigantic study of 175 countries from 1960 to 2010, they found that countries that democratized saw a 20 percent increase in GDP per capita over the long run.

Asked how we can stop our slide into national dysfunction, Acemoglu argues political leaders need to focus on those who’ve been left behind, and give them a leg up and a stake in the system. He advocates for a “good jobs” agenda, which envisions policy changes and public investments to create, naturally, good jobs and shared prosperity (read more here). Robinson, citing the work of Harvard political scientist Robert Putnam, argues we should find ways to transcend our political and cultural differences and connect with fellow citizens beyond our political tribes.

“We are still at a point where we can reverse things,” Acemoglu says. “But I think if we paper over these issues, we will most likely see a huge deterioration in institutions. And it can happen very rapidly.”

Let’s hope they don’t have to revise their book.

Editor’s note: This is an excerpt of Planet Money‘s newsletter. You can sign up here.