Why Latino people are on the front lines of climate change 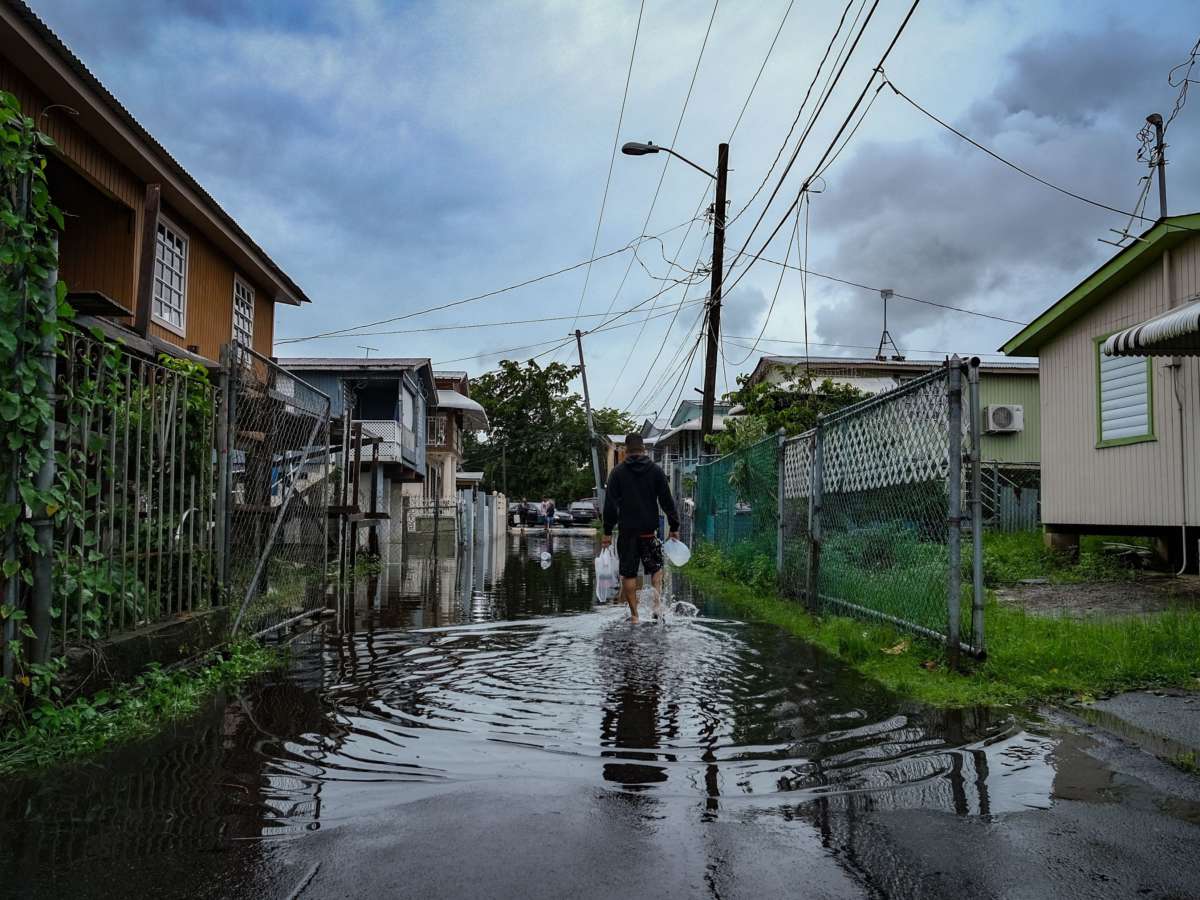 Streets remained flooded in Cataño, Puerto Rico the day after Hurricane Fiona made landfall on the island.

Most residents of Puerto Rico still don’t have electricity or water days after Hurricane Fiona caused floods and landslides. The widespread damage, just five years after Hurricane Maria destroyed much of the territory’s infrastructure, revealed how unprotected the island’s 3.2 million residents are as climate change makes hurricanes more powerful and rainy.

Puerto Rico’s vulnerability to storms is the latest example of how Latino people in the United States often live on the front lines of global warming. Latinos are disproportionately affected by climate-driven extreme weather, and are generally more concerned about climate change than non-Hispanic Whites, according to multiple national polls.

“Latino communities from Texas to California to Puerto Rico are the hardest hit when these climate-induced disasters occur,” says Michael Méndez, who studies climate policy and environmental justice at the University of California Irvine. “They absolutely have a real world connection to our changing climate.”

Latinos in the U.S. are more likely than non-Hispanic Whites to experience heat waves, powerful hurricanes, sea level rise and floods, according to the Environmental Protection Agency.

And that risk will only grow as the Earth heats up. For example, the EPA estimates that Hispanic and Latino people are more than 40% more likely to live in places where it will frequently be too hot to work a full day outside.

More severe heat waves are a major problem, because millions of Latinos have jobs that require them to be outside.

And, as the news from Puerto Rico makes clear, Latinos often live in the path of hurricanes, from Texas to the East Coast. And storms are getting more damaging as the Earth gets hotter.

People fill sandbags in West Miami in 2019 in preparation for Hurricane Dorian. South Florida is home to millions of Latino people, and is at increasing risk for floods from sea level rise and more powerful hurricanes due to climate change.
Eva Marie Uzgategui/AFP via Getty Images

Latinos have a long history of climate and environmental activism against pollution and climate change. That includes pushing for fair emissions reduction policies in California and equitable hurricane assistance in Texas. In Puerto Rico, many residents have spent the years since Hurricane Maria calling for a more reliable, renewable electrical grid.

A 2017 survey found that Latinos are more engaged with the topic of climate change, and more concerned about its effects, than other racial and ethnic groups in the U.S.

“Latinos recognize the reality of climate change, and recognize that it is a big problem,” Declet-Barreto says. “Sometimes I think that there has been this perception that Latinos do not care about the environment because they’re more concerned about the economy, jobs or immigration policies, for example. But that is really not true.”
Copyright 2022 NPR. To see more, visit https://www.npr.org.

Stressed out about climate change? 4 ways to tackle both the feelings and the issues