Why I Protest: Sarah Stinard-Kiel 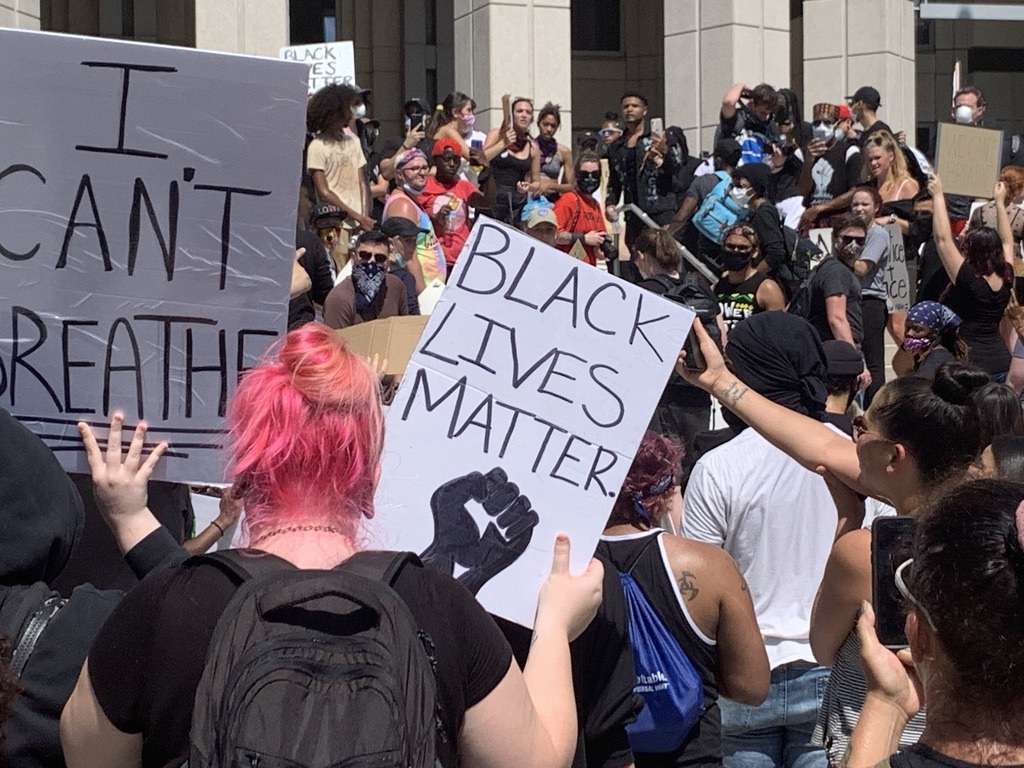 Sarah Stinard-Kiel is one of thousands of people who have protested in Orlando after the death of George Floyd. Last week, she was arrested during a demonstration and held in the Orange County Jail.

90.7 WMFE spoke with Stinard-Kiel about why she protests.

“I’ve protested in various movements for the past decade or so, including an Occupy Wall Street in New York, and in various Black Lives Matter protests, Trayvon Martin, Michael Brown and from Ferguson.

I just moved back to Orlando about a year and a half ago. But I had lived in New Jersey and Philadelphia and participated in protests there.

No one is expecting short term, like a short-term protest to change anything because that’s just shown to not have happened, right? With previous murders of black people at the hands of police.

No, we protest for a few days and then things largely get shoved aside. Other things happen news, other news cycles take over, or maybe like a few small concessions are made like body cameras or the ban of chokeholds in some police departments, but we’ve also seen that those things don’t really haven’t really made a difference and so I guess my short-term goal is actually about like long-term resistance, and that to keep this conversation going, and whether that means that people keep coming out on the streets, keep putting pressure and keep, like pushing these ideas that had seemed so impossible.

You know, three weeks ago, you know, we wouldn’t have had a conversation at the beginning of May about defunding police or rethinking how police precincts how police teams could be run. Like that just wasn’t a possibility.

And so I think the short-term goal is to, build momentum to keep it going with the long-term goal being serious structural change when it comes to how we think about police.

I think that that is a really tangible thing that we can accomplish.

I think that there needs to be a continued conversation about defunding the police about funding alternatives to police, and that it has to come from the communities and from the black and brown people in those communities. So the people that are most affected, like, we can’t just rely on Buddy Dyer, we can’t rely on Patty Sheehan. We can’t rely on the police commissioner.

And I think that those solutions have to come from the communities.

And I think continuing to support the activists of color in our community is really important. And for me, I, you know, I’ve spoken out now because of what happened to me and what I’ve seen, but in general, I think it’s important to defer to activists of color because they’re the ones that are leading this movement.”

The @OrlandoPolice is dedicated to protecting the @citybeautiful & has a history of implementing policies & training that reduce police use of force, remove implicit bias & furthers community engagement. We welcome change that will further the mission of keeping our city safe. https://t.co/xfRw2V3to2