Why I Protest: Jerica Stone 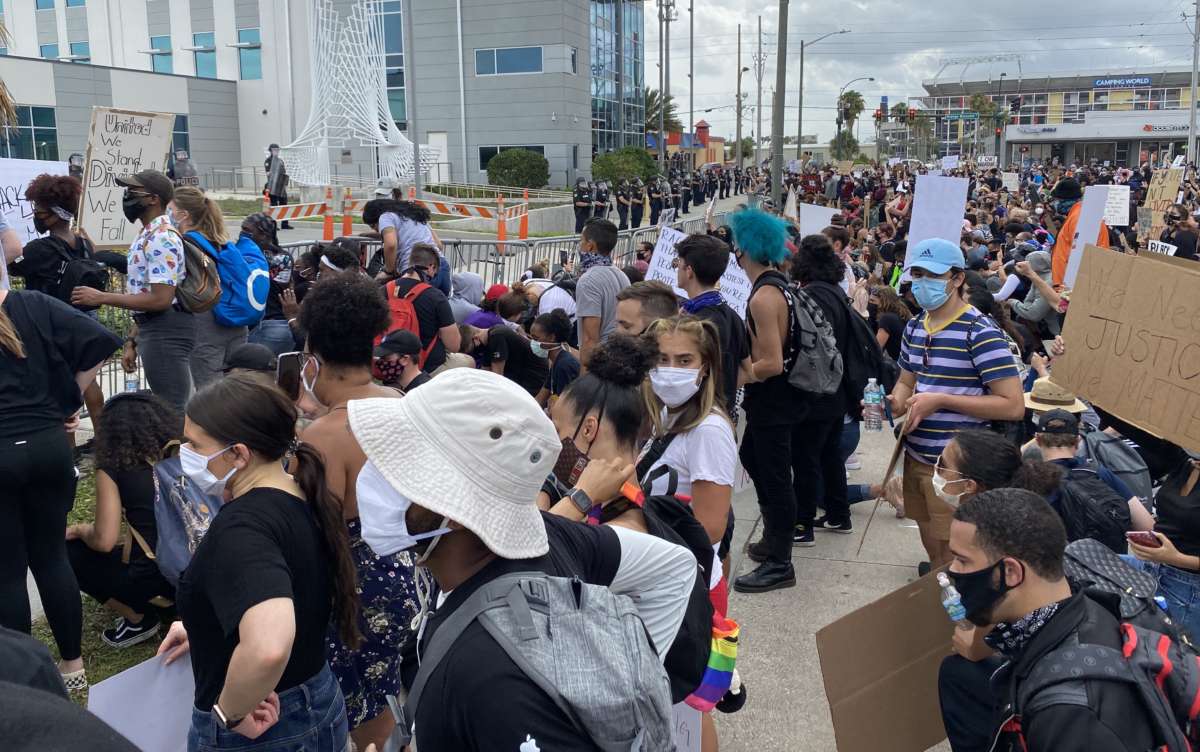 Jerica Stone grew up going to protests in her hometown of Panama City.

But she says she had never attended a demonstration the size of the ones for George Floyd in Orlando until last week.

Stone talked to 90.7 WMFE about why she protests-and what she thinks the focus of the movement should be in the long-run.

“I’m actually from Panama City, Florida, which is a much smaller town than Orlando.

I have attended protests there before, but it wasn’t. I would hate to say that any gathering isn’t impactful, but it would be about 15 to 30 people versus like thousands of people demonstrating. So I would say this is the first time that I’ve actually gotten to properly protest.

I just moved to Orlando about three years ago. I actually was approached by the Orlando Dream Defenders to be an organizational lead. And we just had a Zoom meeting last night, that this is definitely long term like we plan on doing this as long as possible. If people keep showing up, we plan on keeping organizing, so I don’t I can’t put a finite number on it, but I’m definitely not slowing down anytime soon.

I feel that if you support the movement in any way, especially as you know, a non-person of color or a non-black person, it’s important to show up to these demonstrations. Just to be a support system.

I guess in the short term, you know, what we could do immediately is doing away with military grade equipment that the police have access to. I don’t think that it’s really necessary to come to a protest, you know, with your finger on a tear gas trigger or have a loaded gun of rubber bullets. That’s definitely something we could immediately do in the short term just even locally within the OPD.

As far as long term, I think, you know, we need to be looking at our police budgets, and instead of just giving a lump sum of money to our police, we need to be breaking that down and making sure it’s going to social services like investing in jobs, housing, education, public transport, healthcare, after-school programs, all of those things contribute to lower crime rate more efficiently and more effectively you know, then police using brute force in day-to-day interactions.

So I think first the movement is going to tackle policing.

And then I think hopefully the movement will start working on other forms of inequality in this country like wage disparities, access to education, like as far as our public schools, those are things that the movement needs to be working on very long term.

I think people want to see, you know, not just a tweak here or a reform there or any policy, just thrown out there to appease people in the middle, you know, like people who just are supporting Black Lives Matter because of the George Floyd video. They don’t want to be appeased.

People want to see actual changes, and people want to see genuine improvement, genuine policy change, you know, all the way down to day-to-day interactions. You know, it’s beyond policing. It’s, it runs in our prisons, it runs through our justice system, our workplaces. Public spaces. This is just beyond like I said that day-to-day interaction that people of color go through with police.

This is something that everybody, you know, whites, Hispanics, black people, non-black people just need to look in the mirror and say, ‘Where do my privileges lie? And how am I contributing to this problem’ because it’s just not so obvious.”

Why I Protest: Sarah Stinard-Kiel