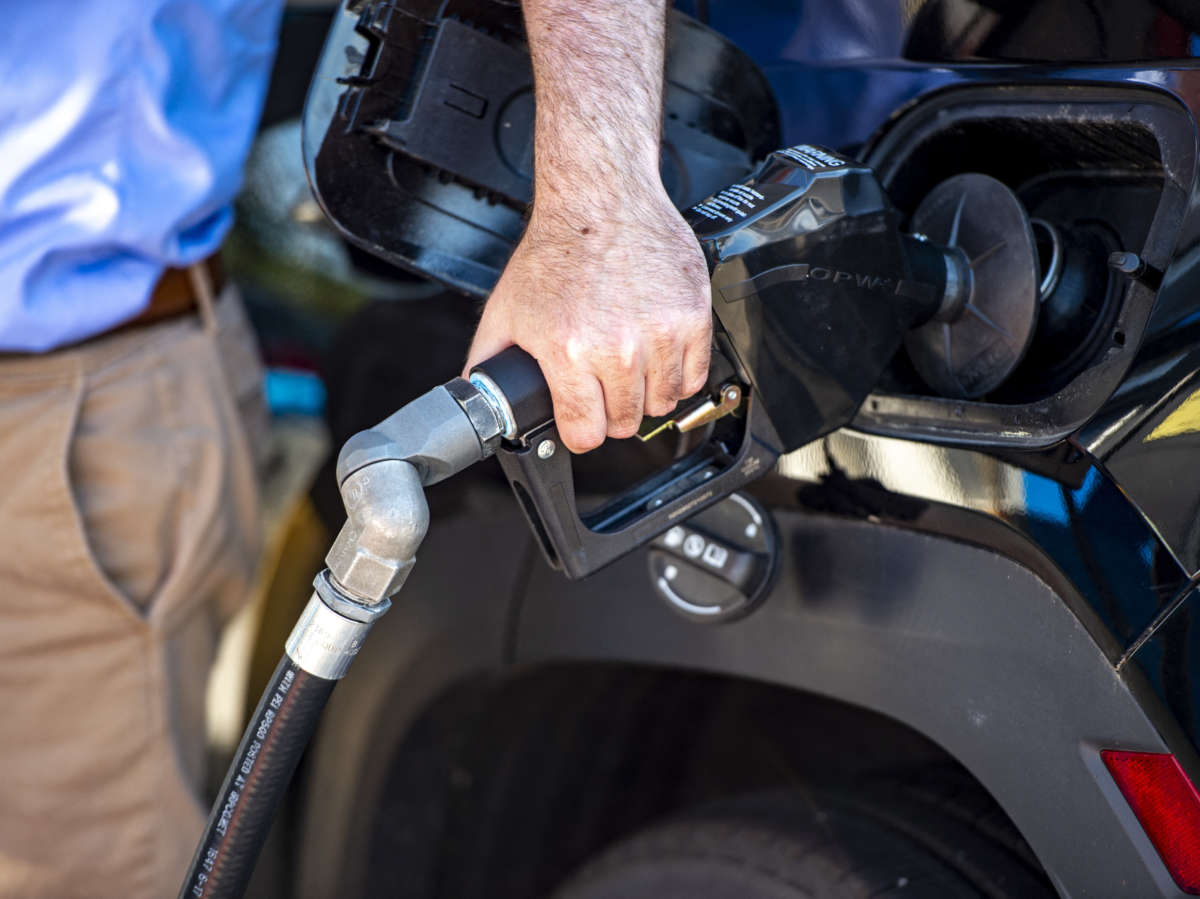 A driver pumps gas at a Gulf gas station in Lynnfield, Mass., on July 19. Gasoline prices are dropping, which is helping bring down inflation. But the cost of many other things are still climbing.
Image credit: Joseph Prezioso

When it comes to inflation, the good news is that gas prices are dropping. The bad news is that other costs continue to climb faster than wages, and that’s putting a strain on many family budgets across the country.

The Labor Department is set to report Wednesday on consumer prices for July. Forecasters expect the annual inflation rate will be somewhat lower than the 9.1% figure recorded in June.

A big reason for the expected decline is that gasoline prices have fallen sharply in recent weeks.

AAA said the average price of gasoline nationwide on Wednesday was $4.01 per gallon, still higher than last year, but well below the record high of $5.01 on June 14.

While that’s some relief, Americans are still feeling squeezed by higher prices.

“Sure, that’s better than $5,” says Spencer Sutton of Newport, Pa., of the latest prices. “But compared to what we were paying before everything started with the war in Ukraine, it’s still a high cost.”

Sutton also worries about the high cost of groceries and especially housing. To save on expenses while his wife finishes nursing school, the couple moved in with his mother.

“As a 30-year-old millennial, I did not think I would still be living with my mom, with my brother and my wife,” Sutton says. “It’s certainly not the most ideal arrangement, but with what’s going on in today’s day and age, you have to do what you have to do.”

Why you should pay attention to core inflation

Housing costs are a growing factor behind inflation. Rising rents and home prices are reflected only gradually in the Labor Department data, and those costs tend to be more persistent than volatile food and energy prices.

“That’s moving in the wrong direction for the Federal Reserve,” says Diane Swonk, chief economist for KPMG. “We do see some things coming down in price out there and that’s great. But the other shoe to drop is the core inflation number.”

Penelope Valdespino switched this year from a retail job to a higher-paying post with the school district in San Antonio, Texas. Her larger paycheck is rapidly gobbled up, though, by high inflation.

“I finally moved over to a different job where yes, I’m going to be getting paid $3 or $4 more an hour,” she says. “That’s awesome, but to catch up and keep everything in order is still a challenge in this climate right now.”

Valdespino welcomes the drop in gasoline prices, but says she’s still careful to limit unnecessary car trips. And she’s watching her pennies at the grocery store.

“We’re being really careful in how much meat we buy,” she says.

Paychecks are not keeping pace with inflation

Sutton, who works for a dental insurance company, also got a raise this year, but says the money doesn’t stretch as far as it used to.

“It wasn’t enough to combat inflation and the rising cost of food,” he says. “It’s tough to get to the end of the week before you get paid and you’re out of food and you’re digging out of the freezer to try to find something.”

Average wages in July were up 5.2% from a year ago — well short of the inflation rate.

New residential units are under construction in Los Angeles on Aug. 4. San Francisco and Los Angeles are ranked first and second in the U.S. for net outbound moves amid high housing prices and living costs, according to a Redfin report in July.
Mario Tama/Getty Images

“We know how painful inflation is, especially for those living paycheck to paycheck,” Fed chairman Jerome Powell said last month.

The Fed is trying to bring soaring prices under control by aggressively raising interest rates in an effort to tamp down demand.

“If those numbers are to be believed, we generated over a half-million new paychecks in the month of July, which is a lot of extra income,” Swonk at KPMG says. “Even if individuals feel like they’re losing ground relative to inflation, that extra income is supporting demand,” keeping upward pressure on prices.

As a result, many observers now expect the central bank to approve another, jumbo interest rate increase of 0.75 percentage points at its next meeting in September, matching the rate hikes in June and July.

Still, the sharp drop in gasoline prices may help curb inflation in another way.

Falling prices at the pump not only lowered July’s headline inflation rate, but also appeared to reduce people’s concerns about future inflation.

That’s important because if people believe prices will keep climbing out of control, that can become a self-fulfilling prophecy.

A new survey by the Federal Reserve Bank of New York finds people’s expectations of inflation one and three years into the future fell sharply between June and July, just as gas prices were coming down.

Swonk says gas prices have an outsize impact on people’s attitudes about the economy, even though other expenses like food and rent make up a bigger part of the typical household budget.

“Even if you don’t drive, you walk or drive by a gas station,” Swonk says. “It’s something we all notice, front and center, every day.”