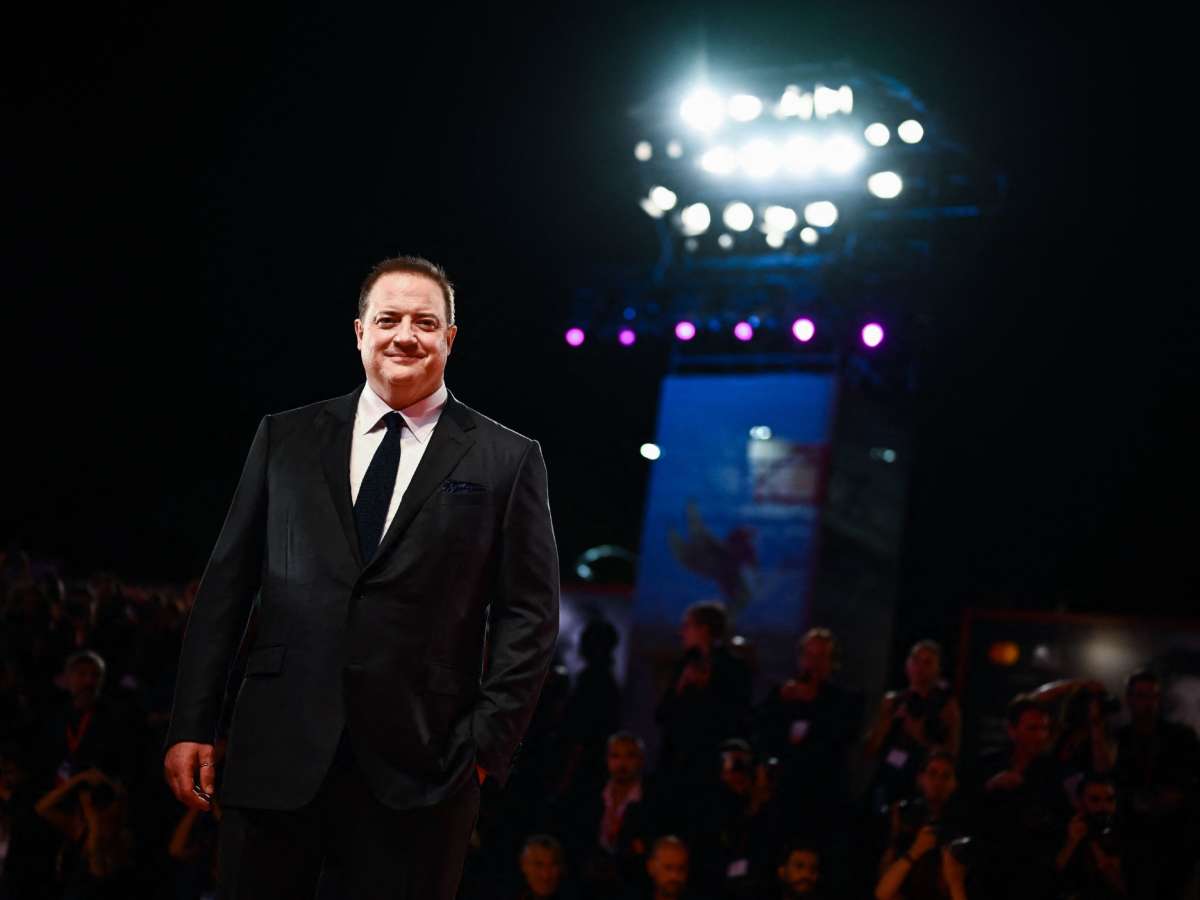 Actor Brendan Fraser arrives on September 4, 2022 for the screening of the film "The Whale" presented at the 79th Venice International Film Festival.
Image credit: Marco Bertorello

Brendan Fraser is officially on a comeback.

The Whale, a new Darren Aronofsky film in which Fraser stars, premiered at the Venice Film Festival Sunday night to a six-minute standing ovation.

Actors and longtime fans alike took to social media to share their own happiness at the recognition Fraser received with this latest role. As the applause continued for Fraser on Sunday, the actor and some audience members appeared to get choked up.

This comes years after Fraser was at the height of his career. So, why has this moment has brought so many people joy at the same time that others lament the fact that this film is Fraser’s return to stardom?

Fraser was once a major star with hits such as George of the Jungle and The Mummy franchise. But after a sustained run as one Hollywood’s leading men, Fraser receded to the sidelines of TV and film in recent years.

Seeing Fraser who was so “universally loved” by the public for so long receive praise resonated with fans, according to film and media historian Chris Yogerst.

“It’s almost like the public was just waiting for this moment,” said Yogerst. “Everyone has missed him. Seeing him back on the screen, it was like an old friend was back.”

Nostalgia certainly plays into the joy this moment brings to some people, Yogerst said.

“I mean, I’m still nostalgic about the silly remake of Bedazzled,” a Fraser movie with Elizabeth Hurley that came out in 2000, Yogerst said.

Part of this collective happiness also stems from knowledge of Fraser’s recent struggles, according to Nicholas Baer, an assistant professor of film studies at the University of Groningen in the Netherlands.

After Fraser was absent from any big Hollywood movie for several years, GQ published a profile in 2018 of the actor titled, “What ever happened to Brendan Fraser?”

In it, Fraser discussed years of suffering from injuries (sustained from performing stunts during filming of The Mummy franchise), subsequent surgeries, personal loss and a divorce. Most startling were details Fraser shared of being allegedly groped by Philip Berk, a former president of the Hollywood Foreign Press Association. Berk told GQ that Fraser’s account was “a total fabrication.”

Fraser in the GQ article openly questioned whether he was actually blacklisted from Hollywood because he came forward about his experience.

“[The Whale] is offering us an opportunity to kind of recognize the virtue and the kind of fundamental decency of Brendan Fraser, who has been really wronged by the industry and has long suffered,” Baer said.

A comeback with controversy

The Whale is about a reclusive English teacher (Fraser) who weighs 600 pounds, and as he struggles with his health, tries to reconnect with his estranged daughter. A combination of prosthetics and CGI help Fraser as he portrays this character.

Fraser’s return will likely be controversial for some, Baer noted.

“I think it’s definitely going to be a point of contention in the discourse. I think it’s a practice [the use of prosthetics or so-called fat suits] that has been relatively commonplace among major Hollywood actors for a long time and that’s been increasingly criticized for being fat phobic and offensive,” Baer said.

Indeed, critics have turned to social media to say that the movie’s premise is inherently dehumanizing. There’s a question of whether it should have been made at all.

Aubrey Gordon, an author and co-host of the Maintenance Phase, a podcast focused on debunking health fads, took to Twitter to call out the movie’s aim.

“It’s so telling that so many only see fat people as ‘humanized’ in media that shows us doing exactly what they expect: living short, small lives; ‘eating ourselves to death’; feeling sad & regretful. All reminders of how tragic it is to be fat, and how superior it is to be thin,” she wrote.

Pia Glenn, a Broadway actress, also criticized the movie, lamenting the fact that this film is Fraser’s comeback.

“Mr. Fraser’s ‘comeback’ and personal journey as an actor and human are significant and I hate that I feel so negatively about the project that brought them about. I know I won’t see it, so I’ve been reading reviews,” she wrote on Twitter. “References to rolls and hanging flesh and Jabba the Hut (!) NO.”