Why 300,000 Volkswagens Are Being Stored In These Massive Auto Boneyards 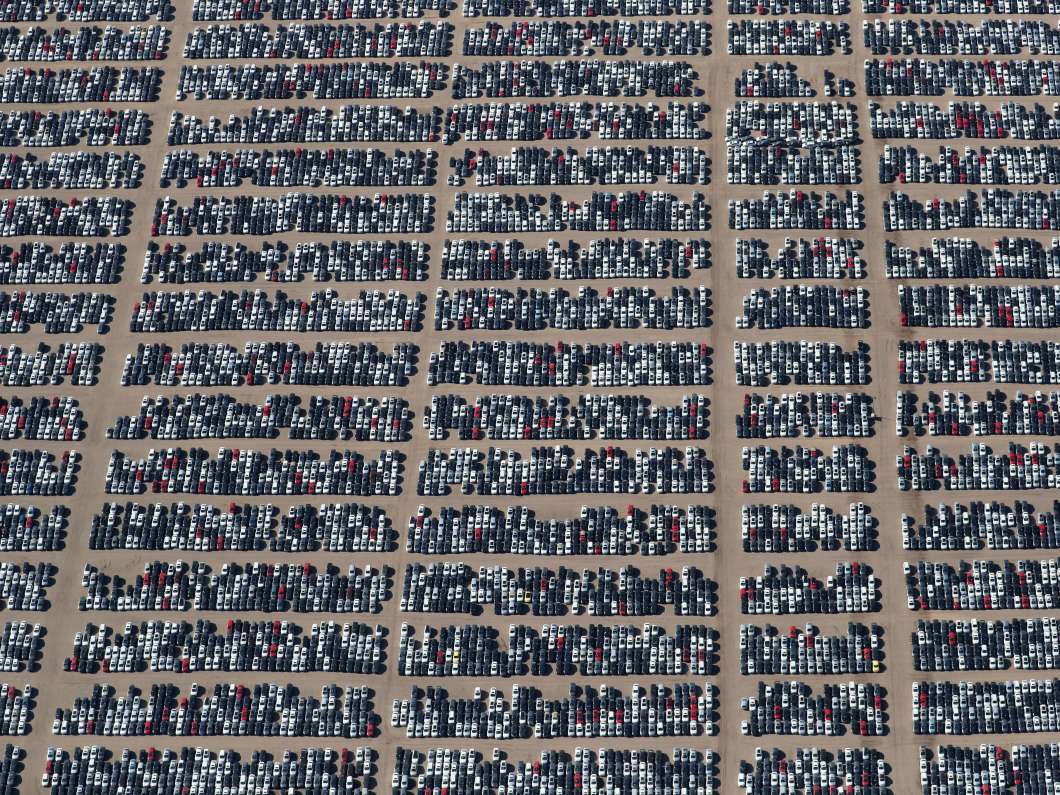 Reacquired Volkswagen and Audi diesel cars sit in a desert graveyard near Victorville, Calif., on Wednesday. Volkswagen AG has paid more than $7.4 billion to buy back about 350,000 vehicles, the automaker said in a recent court filing, and is now storing thousands of vehicles around the United States.
Image credit: Lucy Nicholson

As part of the settlement after it got caught cheating on its emissions tests, Volkswagen has bought back about 350,000 of its U.S. diesel vehicles. The automaker has to date spent more than $7.4 billion on the cars, according to court filings seen by Reuters.

Where does VW put all those cars? Wherever it can find the space.

The German automaker has 37 remote storage facilities around the country, and they’re not just parking lots. The sites include a former football stadium in the Detroit suburbs, an old paper mill in Minnesota and a giant patch of land in the California desert.

People who own or lease one of the affected vehicles can choose to sell their cars back to VW, terminate their lease or have their car modified for improved emissions. Owners and lessees have until September 1, 2018 to submit a claim.

The Southern California Logistics Airport in Victorville, Calif., is already well known as an “aircraft boneyard” — a sort of desert purgatory for old airplanes.

Now, VW has made it a major place to store its diesel VWs and Audis.

“These vehicles are being stored on an interim basis and routinely maintained in a manner to ensure their long-term operability and quality, so that they may be returned to commerce or exported once U.S. regulators approve appropriate emissions modifications,” VW spokeswoman Jeannine Ginivan said in a statement to Reuters about the Victorville facility.

VW reportedly leased 134 acres at the site. That’s enough to hold 21,000 cars while it decides their fate: whether to be fixed — or scrapped for parts.