Return to the Moon Series

Who Owns The Moon? 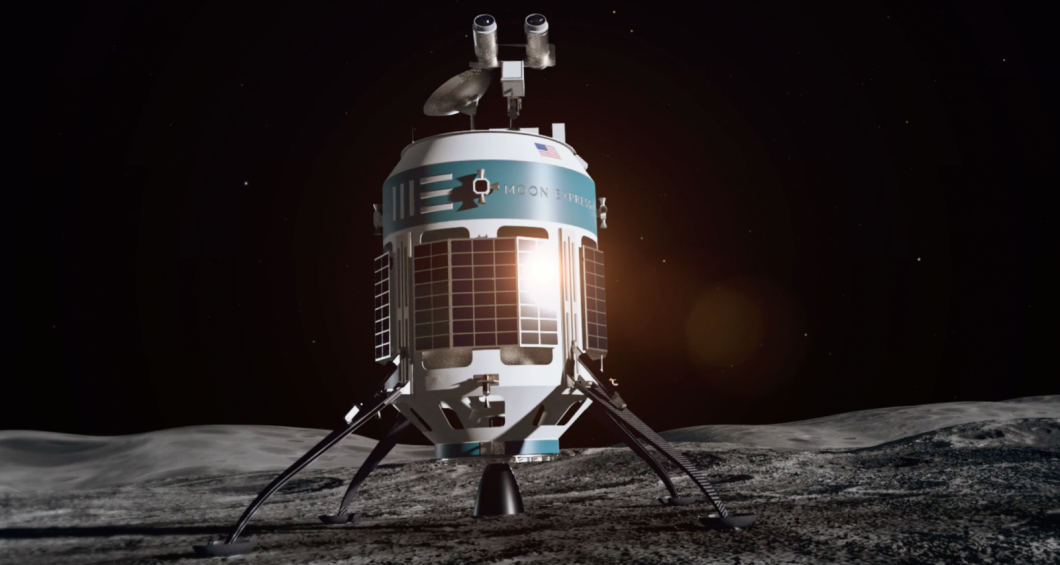 As private companies begin to explore the moon, and mine its resources, there’s going to be lots of questions about who controls the moon and who is entitled to those resources. Who owns the moon?

Five private space companies have their sights set on a trip to the moon and to win Google’s XPrize, awarded to the first commercial space company to land on the surface.

Moon Express is one of those companies, and founder Bob Richards wants to eventually mine the lunar surface for minerals to send back to Earth and water to convert to rocket fuel.

So, who owns the moon?

“It’s a great question,” said Richards. “The answer is a bit of a contradiction. Everyone and no one.”

The laws of the galaxy hinge on one international document created in 1967, The Outer Space Treaty, that is now signed by 107 countries.

The gist: Do no harm in space, don’t set up a weapon of mass destruction on the moon and no nation can claim sovereignty to a celestial body.

“The outer space treaty is binding international law,” said space lawyer Michael Listner. “The question is how is that interpreted? ”

As the appetite for space mining grew, both on the moon and of nearby asteroids, the United States passed a law, called the Space Resource Exploration and Utilization Act of 2015. It basically gave private companies the ability to mine and sell resources gather from space. The government of Luxembourg passed a similar law. To put it simply: Finders Keepers.

“The law the US passed and Luxembourg passed is a way for these two countries to interpret the Outer Space Treaty and utilize these resources,” said Listner . The document isn’t internal law. While the U.S. has a strong presence in space, the law isn’t a customary interpretation recognized by the international community. But it’s a start.

“What basically the U.S. and Luxembourg are starting to say is basically the Outer Space Treaty says you can’t assert sovereignty or ownership over celestial bodies, but it doesn’t say anything about the minerals on the asteroids.”

Other countries, like Australia, Austria and Belgium, aren’t as happy with that interpretation, and signed another document called the Moon Treaty. “It’s basically the anti-space resource position.,” said Listner. “There are a lot of countries that ratified the moon treaty, but many of them don’t have that international customary law muscle to really make it stick.”

The long a short of it: For there to be a definitive answer, the international Outer Space Treaty would have to be reworked. Listener said that’s something that big players in space, like the U.S. aren’t so eager to do.  “The ambiguity within it gives them a lot of flexibility they like to have, and getting more specific might affect their plans in the future.”

While the International community wrestles with space mining, one organization is calling on the United Nations to protect historical sites on the moon.

“Right now, nothing protects them,” said Michelle Hanlon, a space attorney and co-founder of “For All Moonkind.”

She’s asking the international community to not only protect the six Apollo landing sites, but extend interplanetary protection to future sites like the first footsteps on Mars.

“NASA has some unenforceable guidelines. What we’d like to do is borrow from international law that we have here on Earth – the UNESCO World Heritage Convention, the Antarctic Convention – and create a convention on human heritage in outer space.”

Despite Ambiguity, Industry Players Press On

Private exploration of the moon exists in this legal grey area. Moon Express received permission from the FAA to fly one mission to the moon but still doesn’t have the legal right to bring anything back.

“The bottom line is Congress hasn’t given the FAA or any other body the authority to approve asteroid mining or resource mining or other nontraditional missions, and that’s been a big sticking point right now,” said space lawyer Michael Listner.

Still, that’s not deterring Moon Express’s Bob Richards from taking that moon-shot. “The good news is you own that gold if you can get there. The bad news is we don’t know how you can get there, but we’ll figure that part out later.”

As more and more private companies start taking these moon shoots, the international community will finally have to answer the question: Who owns the moon?