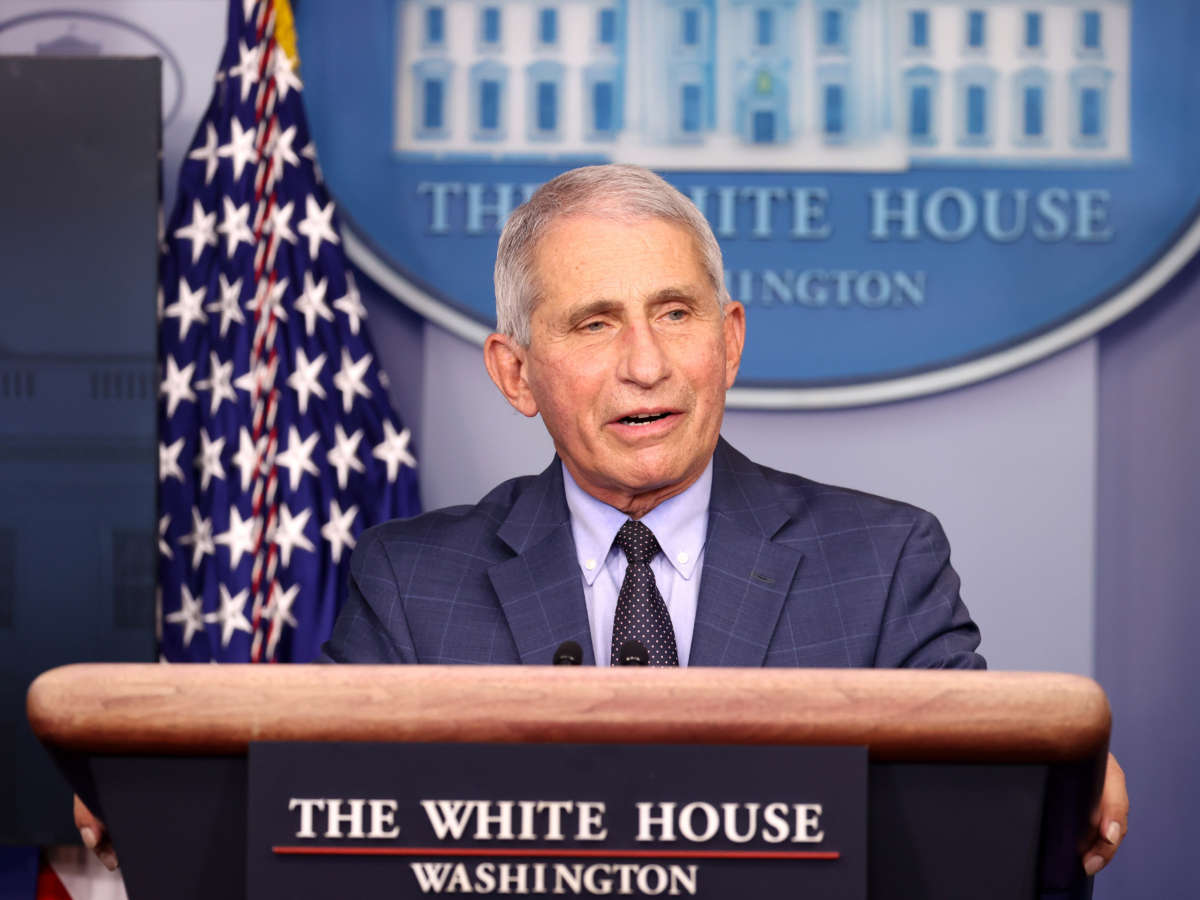 The White House Coronavirus Task Force and President-elect Joe Biden separately gave updates on the worsening COVID-19 pandemic and how their teams were working to defeat it as health officials on Thursday warned against holiday travel to limit the virus’s spread.

Speaking from the White House briefing room, members of the coronavirus task force, led by Vice President Pence, spoke encouragingly about the process of vaccine development. The task force acknowledged the rise in cases across the country, but speakers said the administration still would not support a national lockdown to slow the spread of the coronavirus.

“President Trump wanted me to make it clear that our task force, this administration and our president does not support another national lockdown. And we do not support closing schools,” Pence said — marking a position that has become a major point of disagreement between Democrats and Republicans.

Dr. Anthony Fauci, the nation’s leading immunologist, echoed the vice president’s position that the administration was not interested in instituting a lockdown. But he and others said that Americans must remain vigilant in wearing masks, practicing social distancing and limiting indoor gatherings — a hallmark of many holiday celebrations — until a vaccine was delivered.

“We now, as the vice president said, are telling you that help is on the way,” Fauci said. “Which has two aspects to it. It means that we actually need to double down on the public health measures as we’re waiting for that help to come, which will be soon.”

He continued: “If we do that, we’ll be able to hold things off until the vaccine comes.”

On Monday, the biotech company Moderna Inc. said that its experimental vaccine was 94.5% effective in preventing disease, according to an analysis of its clinical trial. That news came a week after Pfizer and BioNTech said their vaccine was more than 90% effective.

Fauci stressed that the speed of the vaccine should not scare away Americans from taking it once it becomes widely accessible.

“The only way you can get an effective program is when people take the vaccine,” he said. “The process of the speed did not compromise at all safety nor did it compromise scientific integrity. It was a reflection of the extraordinary scientific advances in these types of vaccines which allowed us to do things in months that actually took years before. So I really want to settle that concern that people have about that.”

He continued: “Now I’ve used that metaphor that the cavalry is on the way. If you’re fighting a battle, and the cavalry’s on the way, you don’t stop shooting. You keep going until the cavalry gets here. And then you might want to continue fighting,” Fauci said, encouraging Americans to continue effective mitigation measures such as hand-washing and mask usage.

The task force briefing comes as American deaths from the coronavirus this week topped 250,000 lives lost. More than 11.5 million in the country are thought to have contracted the virus.

With the winter holiday season beginning, the Centers for Disease Control and Prevention on Thursday released an advisory warning Americans against traveling for the Thanksgiving holiday.

“If people have not been actively living with you for the 14 days before you’re celebrating, they’re not considered a member of your household,” Erin Sauber-Schatz of the CDC said at a news briefing Thursday. “And therefore you need to take those extra precautions, even wearing masks within your own home.”

Also on Thursday, Biden delivered remarks from Wilmington, Del., where he said governors from both major parties would have the support of his White House in working to overcome the pandemic.

Biden’s remarks come as Trump, the outgoing Republican, still hasn’t admitted his defeat in the race. Further, the General Services Administration has refused to formalize Biden’s transition process, which the president-elect has said is keeping him and his advisers from critical health information regarding the pandemic.