White House To Honor Victims Of The Coronavirus In Evening Ceremony 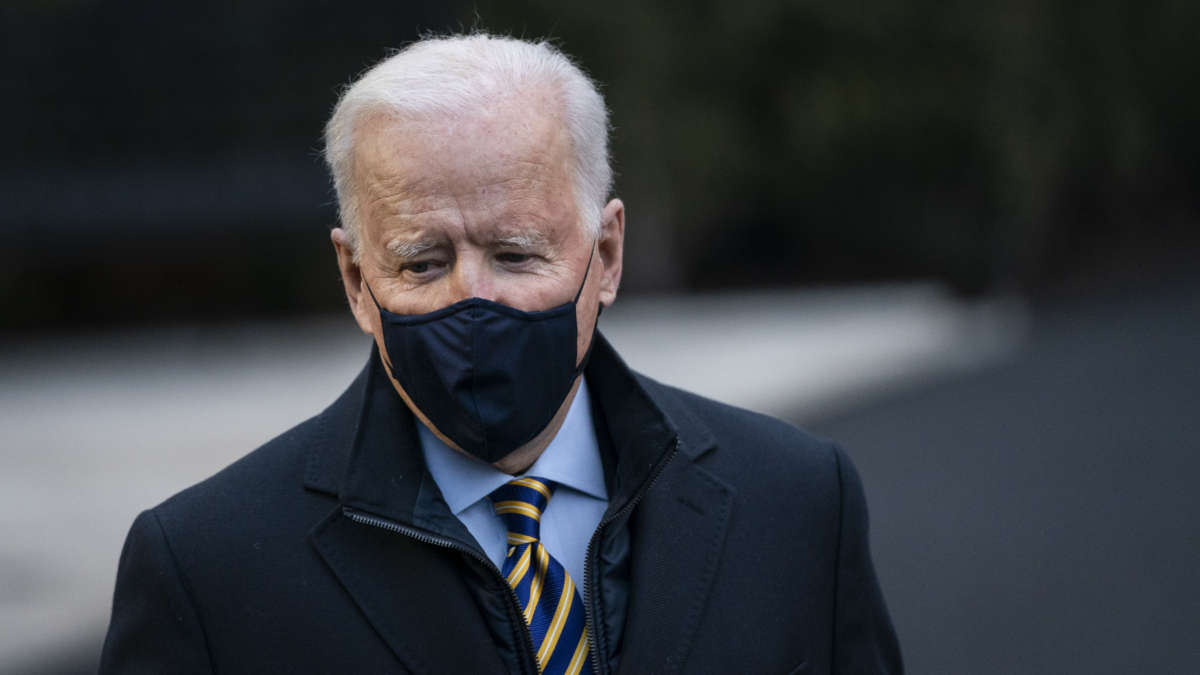 President Biden, pictured at the White House on Feb. 16, is giving an address Monday night to honor those who have died from COVID-19.
Image credit: Drew Angerer

“To heal we must remember. It’s hard, sometimes, to remember.”

That’s how then-President-elect Joe Biden began brief remarks on Jan. 19 at a short, simple ceremony at the steps of the Lincoln Memorial honoring the 400,000 Americans who had died from COVID-19.

A month and three days later, another 100,000 Americans have died from the pandemic. Once again, Biden, Vice President Harris, and their spouses will gather at sundown to mark a grim milestone.

Remarkably, Biden’s inauguration-eve ceremony was the country’s first national collective moment of mourning for a pandemic that has upended life around the world, thrown the economy into a recession, and, at this moment, has now killed a half-million people in the U.S.

Remembering, Biden said in his remarks that day, is “how we heal. It’s important to do that as a nation.”

By holding another ceremony honoring the dead, Biden is making another attempt to urge the country to pause and gather collectively, at least in spirit, to take stock of the ongoing tragedy. He is also ordering flags on federal property to be flown at half-staff for five days.

Biden’s first wife and daughter were killed in a car crash weeks before he was sworn in as a U.S. senator. When he was vice president, his son Beau, whom Biden had often talked about as the person who would take up the family’s mantle of political leadership, died from brain cancer. Throughout his career, Biden has called on those experiences to empathize with people suffering personal loss.

“I think I know what you’re feeling. You feel like you’re being sucked into a black hole in the middle of your chest,” Biden said during a video message in May, when the U.S. crossed the then-unfathomable milestone of 100,000 COVID deaths. “It’s suffocating. Your heart is broken. There’s nothing but a feeling of emptiness right now.”

As grim as the latest milestone of a half million dead is, it comes at a time of comparative hope: new coronavirus cases, hospitalizations, and deaths are all declining. The vaccination of millions of Americans — and the federal government’s purchase of hundreds of millions of additional doses — has pointed to an end-point that could come sooner, rather than later. But experts caution the progress is fragile.

Still, the equivalent of a large American city’s population has now died from a pandemic lasting a bit more than a year. And no matter how quickly the U.S. achieves herd immunity through vaccination and people who have recovered from COVID-19, there is no doubt that many thousands more will die.