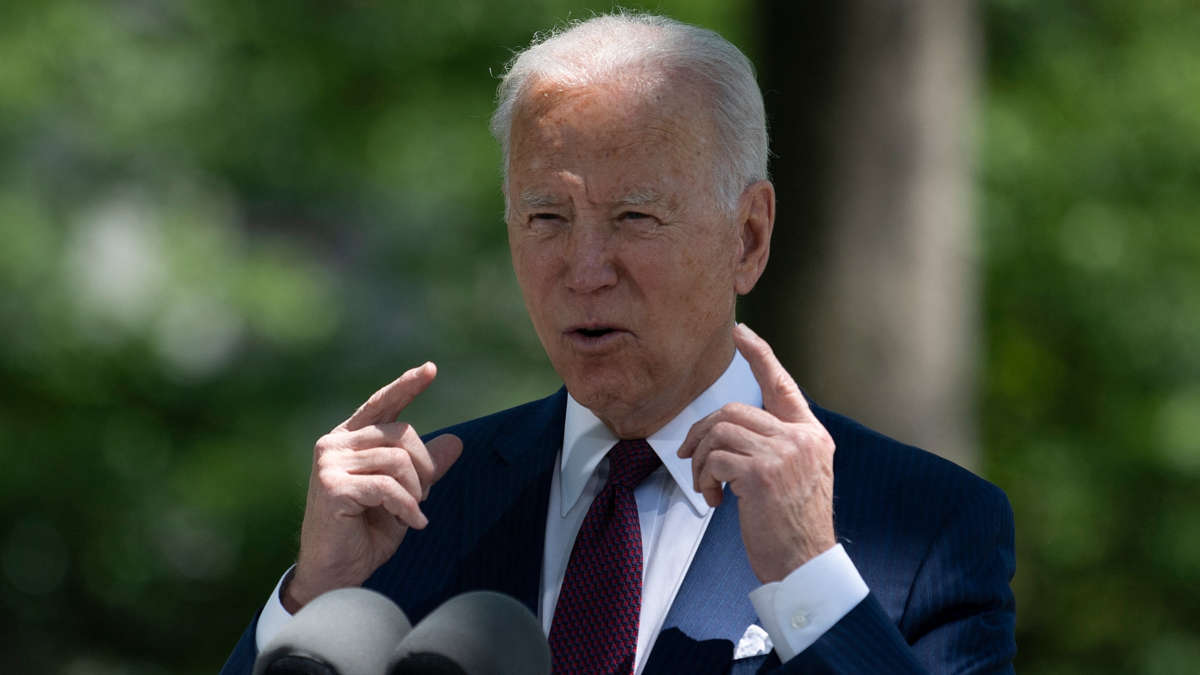 On the eve of his 100th day in office, President Biden will lay out the latest plank in his economic agenda, a massive spending package that senior administration officials say would improve the lives of millions of Americans.

Biden is expected to outline the proposal, dubbed the American Families Plan, during his first joint address to Congress on Wednesday night.

The measure, which seeks $1 trillion in spending on programs and $800 billion in tax cuts, complements Biden’s earlier proposal of similar size: the American Jobs Plan.

The White House wants to pay for the new measure by raising taxes on the richest Americans.

“The American Jobs Plan and the American Families Plan are once-in-a-generation investments in our nation’s future. The American Jobs Plan will create millions of good jobs, rebuild our country’s physical infrastructure and workforce, and spark innovation and manufacturing here at home,” the Biden administration said in a fact sheet outlining the plan. “The American Families Plan is an investment in our children and our families — helping families cover the basic expenses that so many struggle with now, lowering health insurance premiums, and continuing the American Rescue Plan’s historic reductions in child poverty. Together, these plans reinvest in the future of the American economy and American workers, and will help us out-compete China and other countries around the world.”

Helping the U.S. economy recover and rebuild from the ravages of the coronavirus pandemic was one of Biden’s key campaign pitches to American voters.

To support such growth, Biden’s families plan offers a number of provisions aimed at children and young people, including adding at least four years of free public education — universal preschool for 3- and 4-year-olds and two years of community college — for qualifying Americans.

The measure includes billions of dollars more for Pell Grants and in assistance for historically Black colleges and universities, and young people would also benefit from extended summer food programs and healthier school lunches, administration officials told reporters on a briefing Tuesday evening.

Further, the plan calls to make child care more affordable for low- and middle-class families, ensuring they would not pay more than 7% of their income on child care.

Paid family leave and medical leave would see that workers would receive at least partial wages for time away dealing with family changes or health difficulties.

The plan calls for big changes to the tax code.

Low- and middle-class families would see relief, as Biden is proposing to extend through 2025 the expanded child tax credit that was part of the COVID-19 aid package. He also wants to make permanent the expansions to other tax credits that were included in that bill, including those for health insurance premiums, a child and dependent care tax credit, and the earned income tax credit for childless workers.

On the flip side, the plan calls for raising taxes on the very wealthy, including by rolling back part of the Trump 2017 tax cuts. Biden wants to tax capital gains for households earning more than $1 million at the same rate as wages, and he wants to boost IRS enforcement to more closely audit the finances of top earners.

The hefty cost and a deeply divided Congress make the proposal a hard sell among Republicans and certain provisions could even run into issues with some Democrats. But Biden and his team have pitched the spending as an early investment that would pay off in long-term economic growth.

Republicans have already spoken out against higher taxes, saying such hikes would harm the economy. But Biden has painted higher taxes on the wealthy as a moral and economic imperative to see sustainable growth.