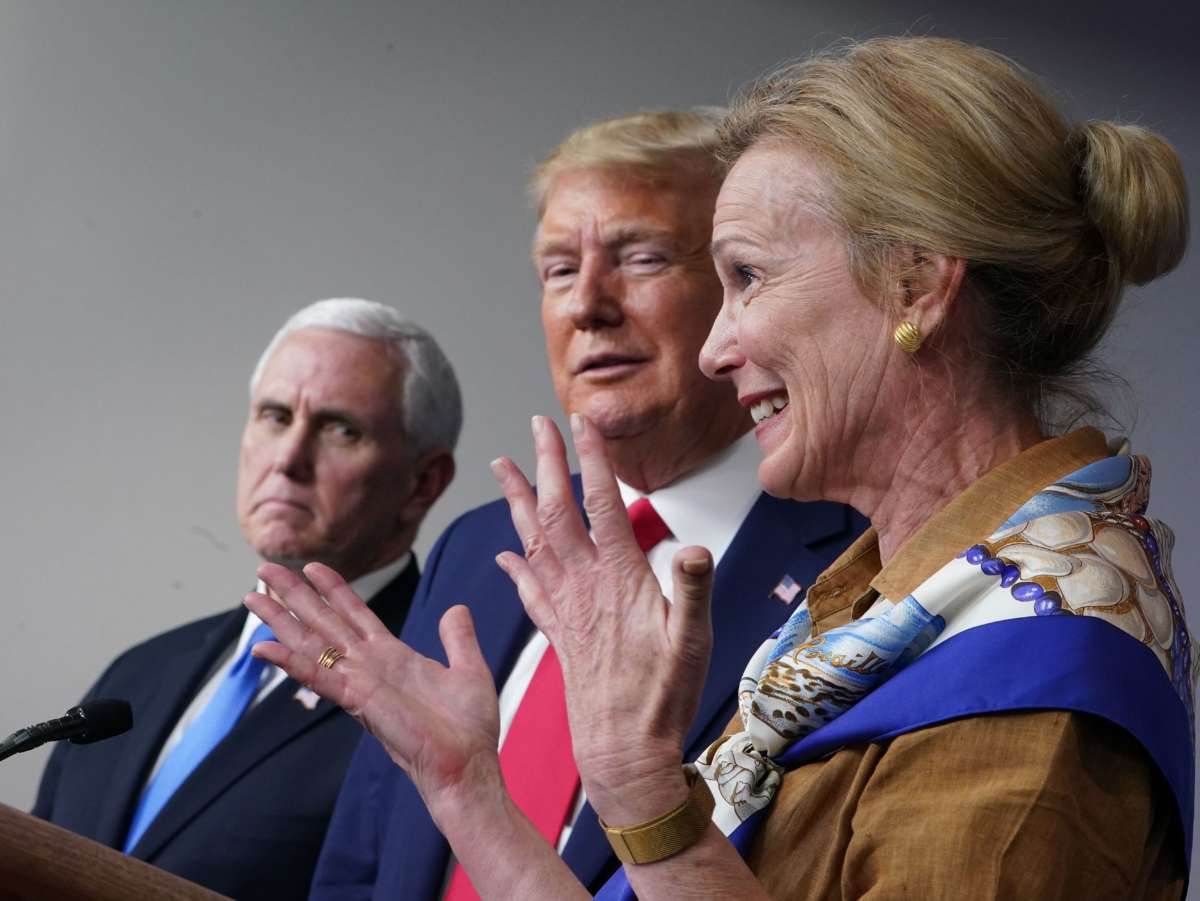 “I think we’re starting to look at the Memorial Day window, early June window as a time when we could begin to transition back to having our agencies … begin to manage our national response in a more traditional manner,” Pence said.

He said the task force has already begun to talk about a transition plan with the Federal Emergency Management Agency, and that the White House intends to keep coronavirus coordinator Dr. Deborah Birx “every bit as long as we need to.”

President Trump told reporters at an event in Phoenix Tuesday that the task force had done an “incredible job” boosting testing and ventilator production and now there is a shift in focus. “We’re now looking at a little bit of a different form,” he said, answering questions about why he was winding down the task force.

“It’s sort of a combination of safety and reopening, so we’ll have something in a different form,” Trump said, telling reporters that Drs. Birx and Anthony Fauci, who’s director of the National Institute of Allergy and Infectious Diseases, would remain involved, as would “other doctors and experts in the field.”

“We’ve learned a lot,” he said, adding that states would be able to handle small outbreaks that flare up.

Trump said some doctors, whom he did not name, had suggested keeping the economy closed for longer. “We can’t keep our country closed for the next five years,” he said.

As of Tuesday afternoon, more than 70,000 Americans have died due to the coronavirus, according to a tally kept by Johns Hopkins University researchers.

Birx, who was also at the briefing with Pence Tuesday, said they need to keep a close eye on virus data at the federal level, a capacity she said took a while to build.

Even though the coronavirus task force will meet less frequently, a senior White House official tells NPR’s Tamara Keith that doctors on the task force will “continue to play an important advisory role” as the White House shifts its focus toward reopening the economy.

The task force was formed in late January, and initially was led by Health and Human Services Secretary Alex Azar.

According to a White House statement issued at the time, the role of the task force was to “lead the Administration’s efforts to monitor, contain, and mitigate the spread of the virus, while ensuring that the American people have the most accurate and up-to-date health and travel information.”

Azar was replaced as the task force leader in late February in favor of Pence.

Trump gave daily press briefings with task force members for a period — some lasting two hours long and often dominated by Trump — but they have not been held of late.