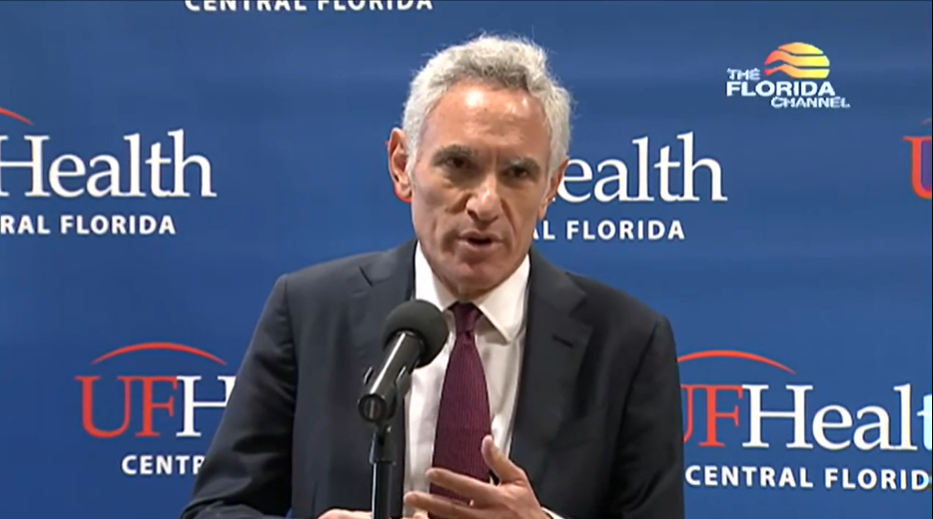 A new doctor on President Donald Trump’s coronavirus task force says he did not advocate for a herd immunity policy.

Speaking in The Villages Monday, Dr. Scott Atlas was asked about a Washington Post article. The Post reports that Atlas was pushing for the U.S. to adopt the Swedish model response to COVID-19.

“That was never a strategy advocated by me in the administration. The president does not have a strategy like that. I have never advocated that strategy.”

Atlas also defended the CDC’s recent changes to testing guidelines, which have been widely criticized and go against World Health Organization guidelines.

He said that if schools are being closed because people without symptoms are testing positive, that’s “sort of not the purpose of testing.”

“The purpose of testing, like everything else we’re doing here, is to stop people from dying, stop people from getting a serious illness from this disease, and allowing other people who are very low risk to function,” said Atlas.

The CDC recommendation to only test people with symptoms goes against the World Health Organization’s guidelines and triggered a backlash from the medical community.

He is the former chief of neuroradiology at Stanford University Medical Center, but doesn’t have a background in public health.