Where the investigation into the Jan. 6 insurrection stands, one year later 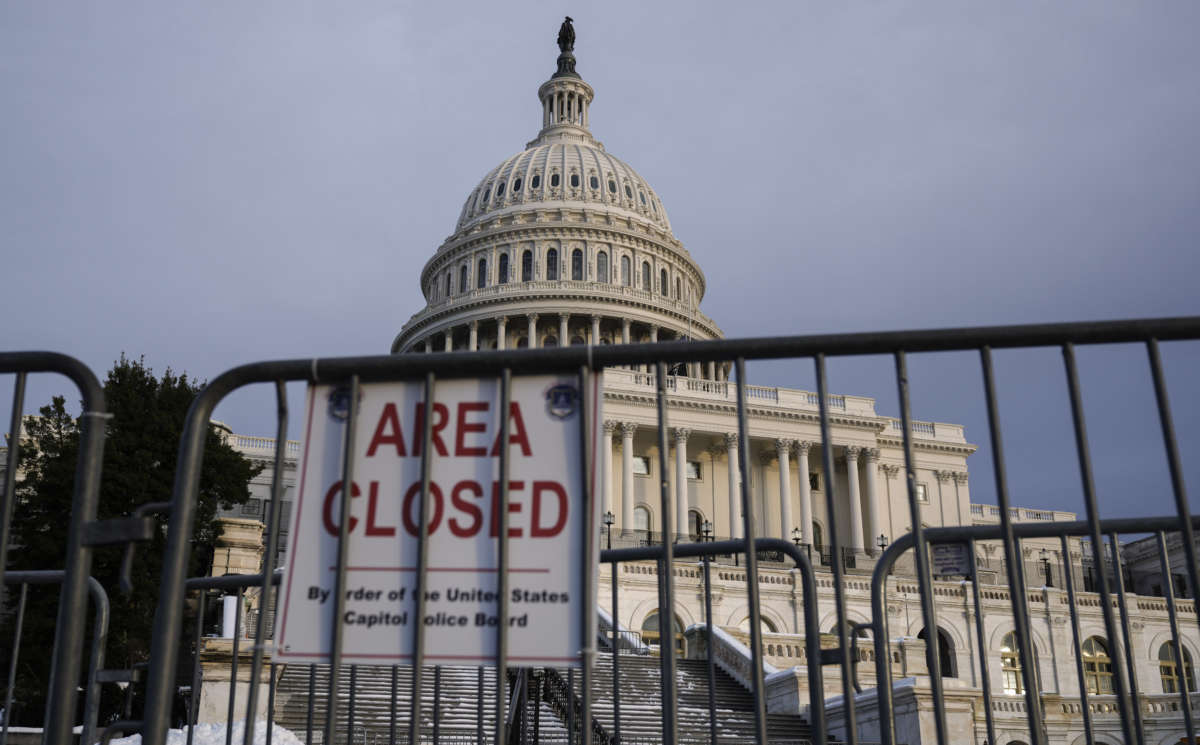 Security fences are positioned near the West Front of the U.S. Capitol Wednesday, a day ahead of the first anniversary of the Jan. 6 insurrection.
Image credit: Drew Angerer

It’s been one year since a mob of Donald Trump’s supporters, armed with everything from pipes and flag poles to chemical sprays, smashed their way through police lines and into the ornate halls and chambers of the U.S. Capitol.

The deadly assault on Congress, as lawmakers met to certify Joe Biden’s election win, temporarily forced them to frantically scramble for safety and disrupted the peaceful transfer of power.

The attack, which FBI Director Christopher Wray has called “domestic terrorism,” touched off a sprawling federal investigation to track down and bring to account those who took part in the mayhem.

Now, a year later, officials say the probe is one of the largest, most complex and most resource-intensive investigations in American history.

Attorney General Merrick Garland, speaking Wednesday on the eve of the one-year anniversary, said the Justice Department has worked “to identify, investigate and apprehend defendants from across the country. And we have done so at record speed and scale — and in the midst of a pandemic.”

The crime scene, of course, was the United States Capitol, but the investigation has been national in scope, involving agents and prosecutors from nearly all 56 FBI field offices and 94 U.S. attorney’s offices around the country.

In his speech, Garland said around 140 federal prosecutors — roughly half from the U.S. attorney’s office in Washington, D.C., and the rest from offices elsewhere — have worked on the investigation.

And there has been a mountain of evidence to sift through. Investigators have gone through more than 20,000 hours of video footage, and searched through some 15 terabytes of data.

At this point, more than 725 people have been arrested in connection with the Capitol riot. At least 165 have pleaded guilty — 145 of them to misdemeanors and the rest to felonies.

Approximately 70 have been sentenced — around 30 received prison time and the others got probation.

The charges defendants have faced in riot cases range from misdemeanors, such as parading, demonstrating or picketing in a Capitol building, to felonies, like assaulting a police officer with a deadly weapon.

The Justice Department has also brought conspiracy charges against around 40 defendants, most of whom prosecutors say have ties to far-right extremist groups such as the Proud Boys or the Oath Keepers.

But the department estimates that between 2,000 and 2,500 people entered the Capitol on Jan. 6, 2021, which means investigators still have a long way to go to hold everyone to account.

And despite the progress the Justice Department has made over the past year, it’s not escaped criticism.

Several judges presiding over Jan. 6 cases have expressed frustration at times with prosecutors, questioning whether rioters are being treated with too much leniency.

In his speech Wednesday, Garland pushed back. He said that investigators and prosecutors are being methodical in their work.

“A necessary consequence of the prosecutorial approach of charging less serious offenses first is that courts impose shorter sentences before they impose longer ones,” he said, adding that judges have already started to hand out longer sentences in response to more serious offenses.

He also said the department’s work is not done.

“The Justice Department remains committed to holding all Jan. 6 perpetrators, at any level, accountable under law — whether they were present that day or were otherwise criminally responsible for the assault on our democracy,” he said. “We will follow the facts wherever they lead.”

That appeared to be in response to criticism that former President Donald Trump and his inner circle have not so far — publicly, at least — faced legal scrutiny from the department.

He’s a defendant in several lawsuits brought by either police officers or lawmakers in connection with Jan. 6. And the Democratic-led House select committee investigating the Capitol riot is also examining Trump’s actions on and before that day.