When Plant-Based Food Takes Center Stage For The Holidays 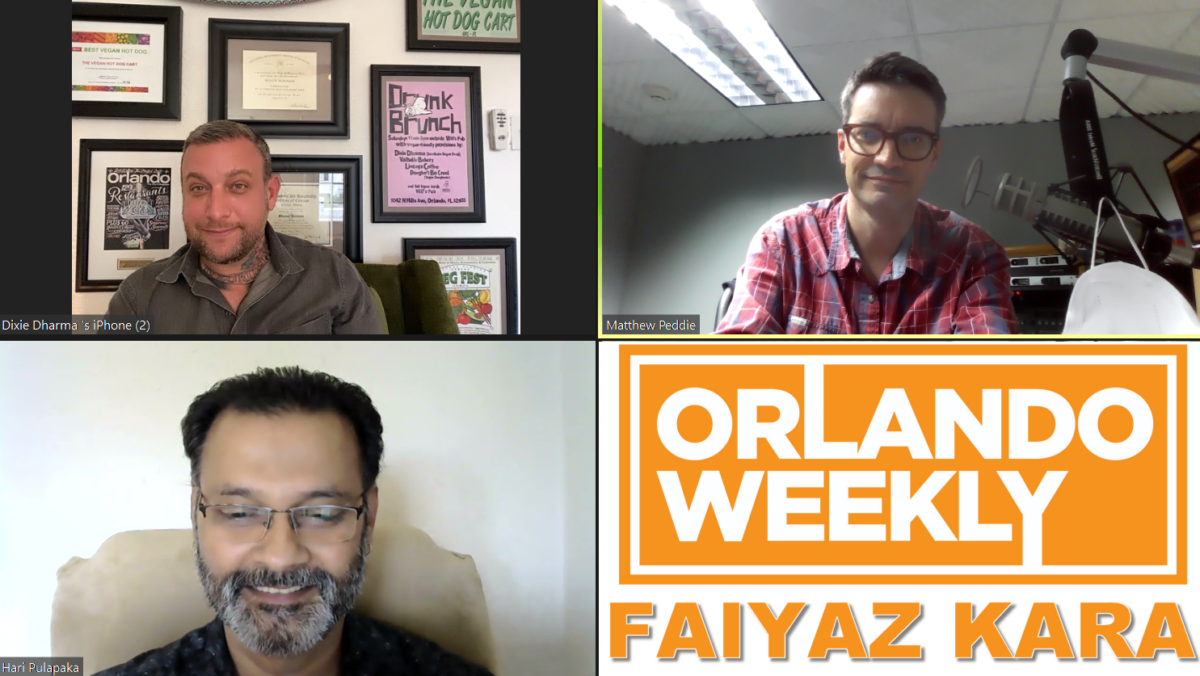 During the holidays- food becomes a focal point for celebration. But while the traditional images of the holiday table may include a roasted ham or turkey as the centerpiece- for many, plant based food takes center stage. And in Central Florida a growing roster of restaurants are offering vegetarian and vegan holiday dining options.

Joining intersection to talk about the elevation of vegetarian and vegan food for the holidays- and how the pandemic has upended traditional holiday dining- are Shaun Noonan, owner of Harp and Cork Southern Hospitality;  Hari Pulapaka, mathematics professor at Stetson University and cofounder of Cress Restaurant and founder of the Global Cooking School;  and Orlando Weekly restaurant critic Faiyaz Kara.

“For me, food is food. I don’t really think of food as being vegetarian or non vegetarian,” says Pulapaka.

“And I feel like maybe that’s the point is we can just make food that tastes good. And in this case, food that’s plant based. And if you apply proper cooking techniques, and have some sentimentality, and some sensitivity to it, in terms of its influence from all over the world as it relates to good flavor, then one can make delicious food.”

Noonan, whose restaurants include Dharma Fine Vittles at Market on South in Orlando, says he’s “always been a sides guy.”

“I could have always, when I was a child, cared less about the giant turkey on the table,” says Noonan.

“I wanted the mashed potatoes, I wanted the house made cranberry, I wanted the stuffing, you know, the green bean casserole, all that stuff. I want 800 things on my plate. And to be blunt, the turkey always just took up too much space for the cornucopia of flavors that I was looking for it that one epic meal.”

“As far as the holiday meals are concerned, I think we are starting see a lot more variety, a lot more options for diverse diners and and we’re even seeing that with vegetarian to go holiday meals which is something that I don’t really recall seeing in the past,” says Kara.