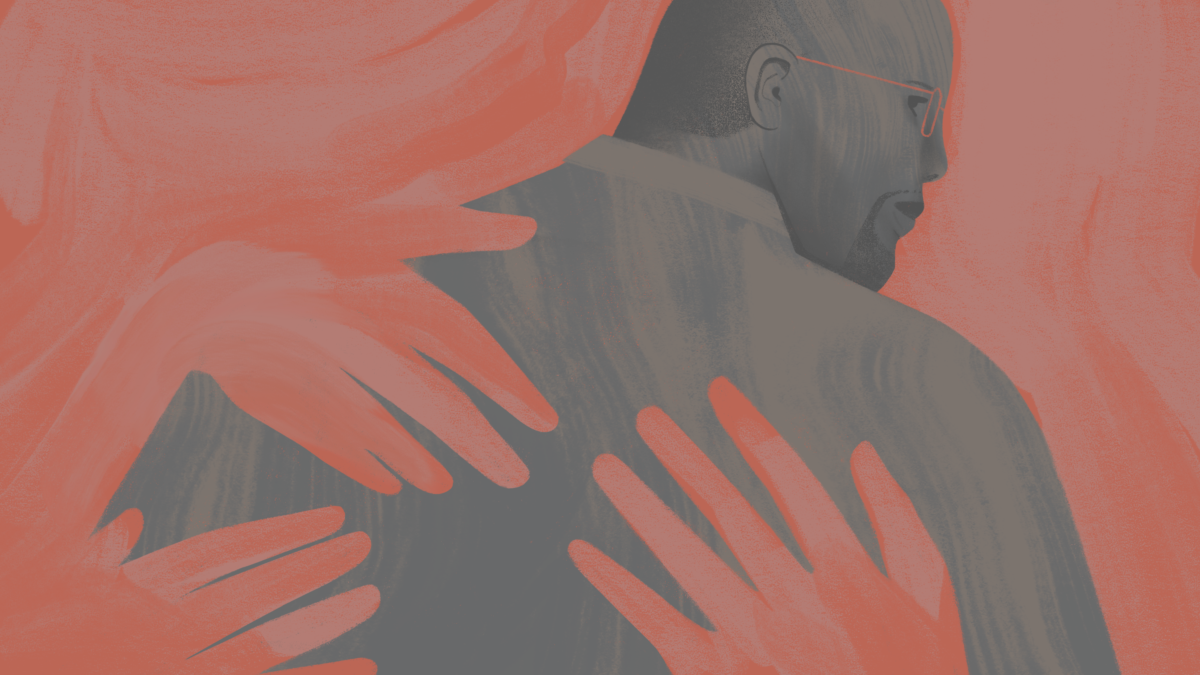 I nearly lost it when the number dropped from 50 to 10.

My mother’s church pastor tried to be steady and consoling, but I could hear the emotion at the edges of his voice. His news: Instead of the 50 mourners we hoped to host, just 10 people would be allowed to attend her funeral on March 28, courtesy of the latest social distancing requirements laid down by state and local officials. Including church staff.

It was unthinkable. My mother, Carolyn Jean Williams — who had spent 60 years singing in the choir at St. Timothy Community Church in Gary, Ind., who had logged nearly 50 years as a teacher in Gary’s school system, and who had lived in that crumbling steel town since before The Beatles came to America — would not get the public outpouring of love from the places to which she had given most of her life.

The consequences struck me instantly. Remembering my mother now, what stands out is how much she loved music and singing, her church, her friends in the choir, her sorority and me. But so much of that would be stripped away from the bare-bones service we were now allowed to present.

The Alpha Kappa Alpha Sorority has a ceremony for their beloved members who have transitioned, called “Ivy Beyond the Wall”; couldn’t happen. The church choir has a tradition for how to celebrate the passing of a valued member; wasn’t possible.

After a funeral, attendees usually gather elsewhere in the church for a meal called the repast, which normally feeds hundreds of people. For my mother, the church would prepare food to go that we had to take somewhere else, gathering privately in a close-knit group, like criminals convening in a secret hideout.

Four days before she died of respiratory failure unrelated to COVID-19, I was forced to leave my mother’s hospital bedside, thanks to new visitor restrictions. Now, with this latest news, it felt like we had once again become collateral damage in the war against coronavirus.

This is what happens when a pandemic strikes and institutions that should have spent years preparing are instead making policies, seemingly, on the fly. It’s like trying to change a tire while the car is still moving.

Families like mine are forced into situations that are more horrific than they would be otherwise. And, while you struggle to cope with each new disappointment, a question rises in the back of your mind:

“Couldn’t someone have found a better way?”

NPR’s Eric Deggans and his mother Carolyn Williams a few years ago. Williams, a much loved Gary, Ind., teacher for nearly 50 years, landed in the hospital after a fall in her apartment in mid-March. Because of hospital rules during the pandemic, Williams spent many of her final days without family by her side.
Eric Deggans

Already, the pandemic had taken so much.

My mother landed in the hospital after a fall in her apartment; weakened by a just-finished round of chemotherapy and two infections she didn’t know she had. She lay on the floor for hours. The next day, I was by her side, logging 20-hour stints caring for her, until days later, a nurse told me I had to leave.

It was a surprise because, frankly, I had been helping a lot. When my mother was left in a drafty holding area after being sedated for a bone marrow biopsy, I asked someone to get her out before she got sicker. I eventually learned how to turn off the alarms which would sound when her intravenous line would get kinked up, because the nurses could take long minutes to answer and the noise was maddening.

But the hospital’s visitation policies had been tightening for days, as the nation began to grapple with the pandemic in mid-March. And like a frog sitting in a pot of slowly heating water, I had barely noticed.

A security guard broke up a prayer session involving my mom, her pastor and three friends, because the hospital had begun banning groups of visitors. Over the next couple of days, only one guest was allowed in the room at a time, requiring me to leave whenever someone else came in.

Then, with little warning, I was told to leave, too. Everyone was apologetic. A beefy security guard came to deliver the news, talking incessantly about how sorry he was. After a few minutes, I realized his words weren’t for me; he was soothing himself by trying to assure me, somehow, that it wasn’t personal.

Of course, for us, it was entirely personal.

Just that morning, my mother had shown more energy than I’d seen in days, joking wearily with the nurses and doctors, who by then had become an endless procession of people poking and examining her. Now, she was pleading with them and the guard, tears welling in her eyes, as I assured her that I’d call soon and I’d be back before long. I was afraid, too; worried that the tiny bit of hope I’d seen would be snuffed out by this latest indignity.

I know all the reasons why the hospital made its decisions. I heard rumors they were caring for patients who had the COVID-19 virus, and they were rightfully worried about infection spread.

But there was also a constant sense the hospital was making decisions in the moment that could change from day-to-day. Visitors and patients had no idea what might come next and little confidence that any changes came from following a careful plan.

As I sat in my mother’s home, urging friends from church who worked at the hospital to look in on her, I wondered about all the seriously ill patients not yet at death’s door, now deprived of the soothing, inspirational presence of those they love most. How many more might recover, if they had a loved one by their side while fighting for life?

Even in my mother’s final hours, odd things happened. The doctor who talked with me about moving her to hospice care – he was essentially telling me she was going to die — kept trying to shake my hand. I had to remind him, thanks to the current coronavirus guidelines, we were not allowed to touch in that way. Twice.

Finally, the hospital relented and allowed me to see her again. I knew it was because she didn’t have much time; I raced to be by her side, and about 14 hours later, at 10:02 p.m. on March 22, she was gone.

I looked at her lifeless body, unable to fully process what happened. And before I left her hospital room, a troubling thought surfaced:

Was a funeral even possible?

As I tried to plan, it felt like she was being victimized again — robbed of the public outpouring of grief, love and respect she had earned through 81 years of life, much of it spent in the service of others.

Williams (left) loved music and her choir community at St. Timothy Community Church in Gary, Ind., along with fellow members Myrtle Campbell (center) and Carol Blakley. On the day of Williams’ funeral, music echoed through the large, near-empty sanctuary. But the traditional comfort of shoulder-to-shoulder parishioners, and a shared “repast” for hundreds couldn’t happen.
Eric Deggans

We managed to pull together a wonderful service at St. Timothy. My mother’s friends, who were also choir members, were among the 10 allowed inside and could sing my mother’s favorite songs. The choir director, who had joined the church not long after my mother did nearly 60 years ago, provided recordings of her soaring solos during spirituals like “God Is…”

A projector screen at the back of the sanctuary played a slideshow of photos from her life. And there were heartfelt eulogies from her friends, her pastor and me.

But I, Carolyn Williams’ only child, was the only blood relative in the cavernous sanctuary – a space that could have held hundreds of mourners. (backed by my mother’s friends, her sister-in-law and my wonderful girlfriend, who lives in Wisconsin and drove five hours to reach my mother’s Indiana home.)

During a visitation before the funeral, one mourner, a fellow teacher and choir member who had known my mother for longer than I have been alive, just stood in front of me, feet of space between us, shaking with emotion as tears rose in his eyes. We needed desperately to hug each other and let the sorrow pass between us. But all we could do is stare and tremble.

The newspaper obituary and my social media posts had told people to connect with the church’s website, where the service would be streamed online. But as we were leaving the church for the burial site, I passed the volunteer in charge of the technology; I could hear the sounds of a customer service operator coming from his cellphone.

Sure enough, Comcast had a service outage about 20 minutes into the ceremony. Friends across the country told me later, the feed cut out mysteriously during my mom’s first song. Fortunately, the church posted video of the entire service on YouTube, which you can see here.

Of course, there are so many who have experienced so much worse. Families have lost multiple people to the virus. Healthcare workers who only wanted to treat the sick have become sick themselves, and some have lost their lives. These shelter-in-place restrictions are key to slowing the spread of a global pandemic.

And, as frustrating as some of my own experiences have been, I am also very thankful.

Thankful that I had a job where I could leave with just a few hours’ notice, with no idea when I might come back. Thankful that my mother wasn’t suffering for long weeks or months in a hospital bed, unable to take care of herself: a fate she feared most. Thankful that she or I hadn’t contracted coronavirus when the visitation rules were more lax and the words “shelter at home” weren’t quite part of our common lexicon.

But I’ll be even more grateful when most hospitals allow at least one highly monitored visitor for seriously sick patients without COVID-19 – so that at least some people, unlucky enough to fall gravely ill during the Age of Coronavirus, don’t have to face death largely alone, surrounded by strangers.

Because, as much as a FaceTime call or ceremony livestream can connect those separated by social distancing and stay-at-home orders, they are a meager substitute for the healing which comes from one person holding another, providing strength and sharing love when it is needed most.