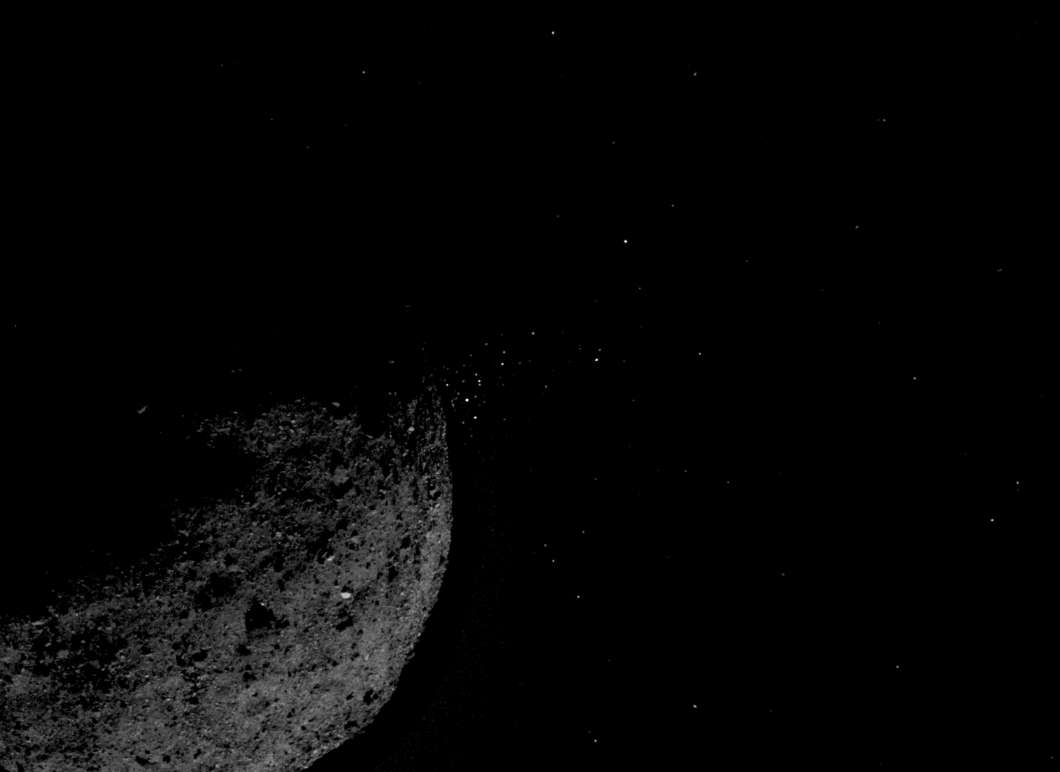 This view of asteroid Bennu ejecting particles from its surface on January 19 was created by combining two images taken by the NavCam 1 imager onboard NASA’s OSIRIS-REx spacecraft. Photo: NASA/Goddard/University of Arizona/Lockheed Martin

An asteroid some 50 million miles away is spewing pebble and rock-sized debris — and scientists don’t know why. The findings are the latest from a robotic spacecraft on a mission to visit the asteroid.

The OSIRIS-REx spacecraft took images of the surface of asteroid Bennu spewing particles into space and some are raining back down on the rocky surface.

The spacecraft is set to fly close to the surface of the asteroid, collect a sample of the particles and send it back to Earth.

Planetary scientists hope findings from Bennu can uncover how our solar system formed. But the initial findings, especially the observations of the asteroid spewing debris into space, are raising even more questions about asteroids.

Joining us in the studio is University of Central Florida’s Humberto Campins. He is co-investigator on the mission and joins us to talk about the newest findings and what questions investigators still have.