What’s Making Us Happy: A Guide For Your Weekend Watching, Listening And Reading 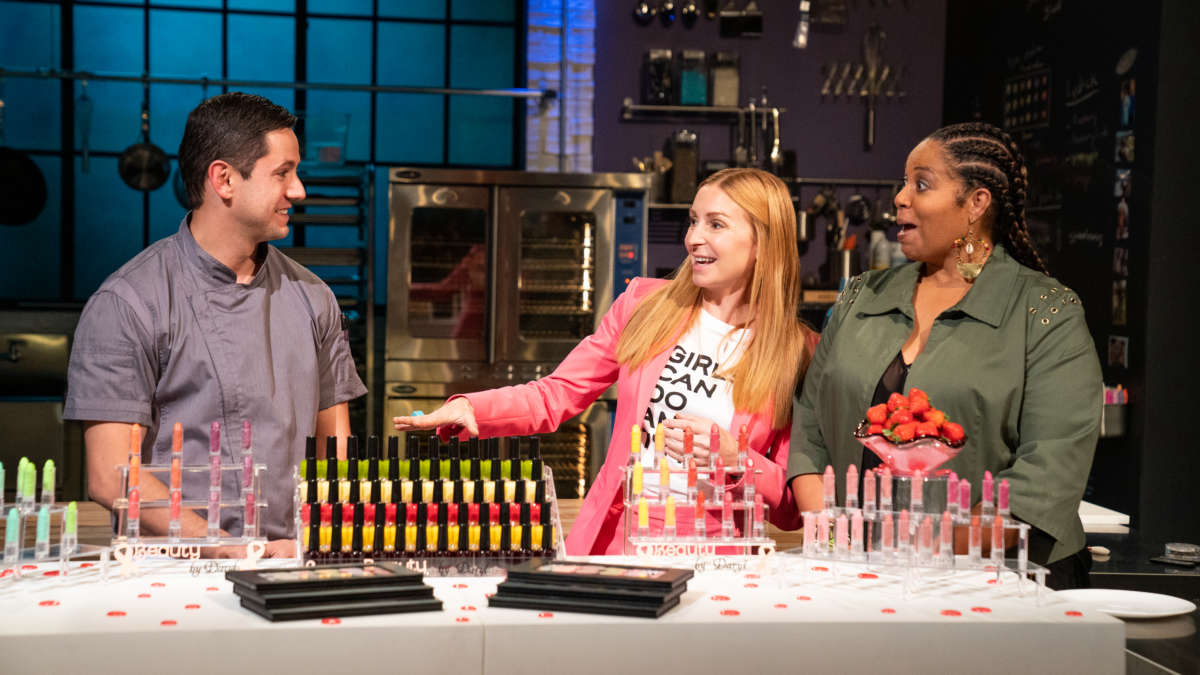 Now that we’re past the Olympics, we’re already looking ahead to fall movies. But in the meantime, there’s good writing out there, and good music, and there’s no reason you can’t enjoy all of it.

The Inevitable Defeat of Mister and Pete, Prime Video

This week, I was talking about Jennifer Hudson and some of her great roles, and I want to encourage people to check out the film, The Inevitable Defeat of Mister and Pete. It’s one of those roles that really allows her to take off all of the makeup. She plays a drug addict, unfortunately. But it has a lot of energy and gravitas, too. It’s a performance that shows a different side of her. — Tre’vell Anderson

It’s not as if there aren’t enough baking shows out there, but if you’re looking for a fresh one that does show off some impressive work, you might like Netflix’s Bake Squad. Hosted by Christina Tosi of Milk Bar, it asks the same four professional bakers to create an epic dessert for a special occasion each episode. It doesn’t have the emotional pull of the warmest competitive shows, but it does show you how some of the experts in the field might do some of the wild things you’ll see on display elsewhere. — Linda Holmes

What to listen to

The band Big Thief dropped a new single this week called “Little Things.” It’s maybe my favorite song of the year so far, just this constantly shifting and churning rhythms and guitars. There’s a lot of kind of chaos to it, but there’s this shimmer and surge, too. It’s very hypnotic. It is really hard to explain how powerful I have found this song. I keep listening to it over and over again. I just love it. — Stephen Thompson

The Work of T.D. Jakes

I’ve been listening to a lot of different preachers and speakers over the last few weeks, and T.D. Jakes has been making me very happy this week. One of our early episodes of FANTI is about gospel music and our complicated relationship with being black, queer and people of faith. So I’ve been immersing myself in some of the things with T.D. Jakes and starting to research him a bit more. I’ve been really excited that he’s as progressive as he is, and it’s been really encouraging with myself and my own faith walk. — Jarrett Hill

Sad news from the NPR family this week as we learned that longtime host Neal Conan, whom I knew from his work hosting Talk of the Nation, had died. Do take a minute for Robert Siegel’s lovely remembrance. — Linda Holmes

“Why Do American Grocery Stores Still Have an Ethnic Aisle?”, The New York Times

I want to mention a piece in The New York Times by Priya Krishna, author of the cookbook Indian-ish. Her piece “Why Do American Grocery Stores Still Have an Ethnic Aisle?” talks about exactly what that title suggests.

It gets into this very complicated question of if you are making, for example, a bottled sauce that is part of Asian cuisine or Indian cuisine, what are the implications of having it in an ethnic aisle where perhaps people will look for it with other elements of that cuisine versus why is it often its own. It’s such a good and subtle and interesting question. — Linda Holmes

“What Bobby McIlvaine Left Behind,” The Atlantic

There’s been a lot of talk about Jennifer Senior’s piece in The Atlantic about the McIlvaine family and their complicated path of grief in the 20 years since their son died on 9/11. It’s the kind of story that you might hesitate to read, because it’s obviously very painful, but it’s also rendered with a great deal of compassion and detail. — Linda Holmes

“I Tackled My Climate Anxiety by Becoming a Parks Department Super Steward,” Curbed

The great audio producer, editor and reporter Stephanie Foo wrote this week for Curbed about becoming a volunteer to care for nature in New York City. It’s a great piece, curious and vibrant and needed. — Linda Holmes

What Else Has Been Making Us Happy Recently?