What We Know About The Fort Lauderdale Shooting Suspect 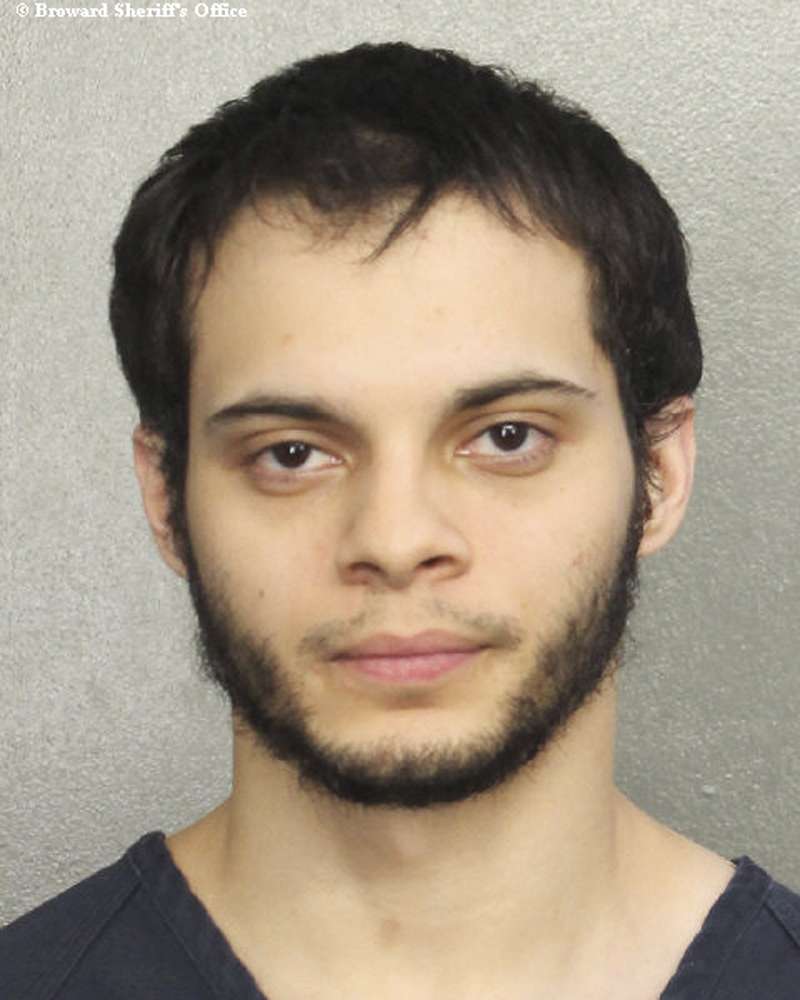 One day after five people were killed at an airport in Fort Lauderdale, Fla., more details are coming to light on the suspected gunman: Esteban Ruiz Santiago, a U.S. military veteran.

The 26-year-old was arrested by police shortly after the shooting began at the airport’s baggage claim area. He is now at a Broward County jail, where authorities say he is being held on suspicion of murder. Authorities say there is no indication that Santiago worked with anyone else in planning or executing the attack.

Santiago, who served as a combat engineer in the National Guard in Puerto Rico and Alaska, was discharged from service last year for unsatisfactory performance. Santiago was reported for several infractions like AWOLs, or absences without leave.

During Santiago’s time with the Puerto Rico National Guard, he was deployed to Iraq from April 2010 to February 2011. The U.S. pulled troops from the country at the end of that year.

His aunt, Maria Ruiz Rivera, tells The Record of New Jersey that after he returned, she noticed changes in his mental health.

“He lost his mind,” Ruiz Rivera told the newspaper in Spanish. “He said he saw things.”

Over the course of 2016, Santiago was repeatedly reported to Anchorage police for physical disturbances, according to the city’s police chief, Christopher Tolley — including two separate reports of domestic violence and strangulation in October last year.

The next month, Santiago walked into an FBI office in Anchorage “to report that his mind was being controlled by a U.S. intelligence agency,” said FBI special agent Marlin Ritzman, at a Saturday press conference. Tolley described them as “terroristic thoughts,” in which “he believed he was being influenced by ISIS.”

“During the interview, Mr. Santiago appeared agitated, incoherent and made disjointed statements. Although he stated he did not wish to harm anyone, as a result of his erratic behavior our agents contacted local authorities, who took custody of Mr. Santiago and transported him to the local medical facility for evaluation.”

Shortly after that, Ritzman said, “The FBI closed its assessment on Mr. Santiago after conducting database reviews and interagency checks.” Agents found no ties to terrorism in during their investigation.

In the course of the encounter at the FBI office, Tolley says Santiago had left a firearm in his car, along with his newborn child. When Santiago was checked into the mental health facility, his weapon was “logged into evidence for safekeeping.”

That weapon was returned to Santiago in December. Authorities said that as of Saturday they cannot confirm whether it was the same firearm Santiago used in Friday’s attack.

Santiago arrived at the Fort Lauderdale-Hollywood International Airport on Friday afternoon, having traveled on a Delta flight from Anchorage, with a layover in Minneapolis. Jesse Davis, police chief at the Anchorage airport, says Santiago checked a semi-automatic handgun with TSA according to proper protocol, without drawing attention to himself.

Upon landing, he retrieved that handgun from baggage claim, loaded the weapon in the bathroom and then opened fire in Terminal 2 of the Fort Lauderdale airport, according to authorities.

“He just kind of continued coming in, just randomly shooting at people, no rhyme or reason to it,” one witness told MSNBC, saying Santiago “went up and down the carousels of the baggage claim, shooting through luggage to get at people that were hiding.”

Broward County Sheriff Scott Israel says it was approximately 70 to 80 seconds before a sheriff’s deputy confronted him.

“Indications are that he came here to carry out this horrific attack,” Piro said Saturday. “We have not identified any triggers that would have caused this attack.”

Piro added: “It’s way too early for us to rule out anything.”